In case you didn't know, Dakota Johnson comes from a long line of Hollywood royalty. Her famous parents are Melanie Griffith and Don Johnson, but her grandmother Tippi Hedren (Griffith's mom) is also a silver screen icon known for Alfred Hitchcock movies like The Birds and Marnie.

What many may not realize is that Hedren has basically been living that Carole Baskin life by keeping lions and tigers on her California compound for years. During a recent interview on The Graham Norton Show, Johnson revealed that the 90-year-old still has a number of big cats. “She has 13 or 14,” Johnson said. “There used to be like 60 cats, and now there’s just a couple.”

Dakota Johnson herself hasn't had as much hands-on contact with the cats as her grandmother and mother. “By the time I was born they were all in huge compounds and it was a lot safer,” she continued. “It wasn’t as totally psycho as it was when they first started.”

Norton showed some photos from a famous shoot back in the '70s where the cats were roaming freely through Hedren's house—and, guys, they are wild. People notes that Hedren has since said she regrets the shoot and that it was “stupid beyond belief” to let the animals out like that. "I’ve been an advocate of animals everywhere," Hedren told Variety in 2016. "I made two films in Africa in the 1960s and early '70s, and at the time environmentalists were telling us that if we didn’t do something right then to save the animals in the wild by the year 2000, they’d be gone."

Here's Hedren casually reading the newspaper…resting her head on a lion. 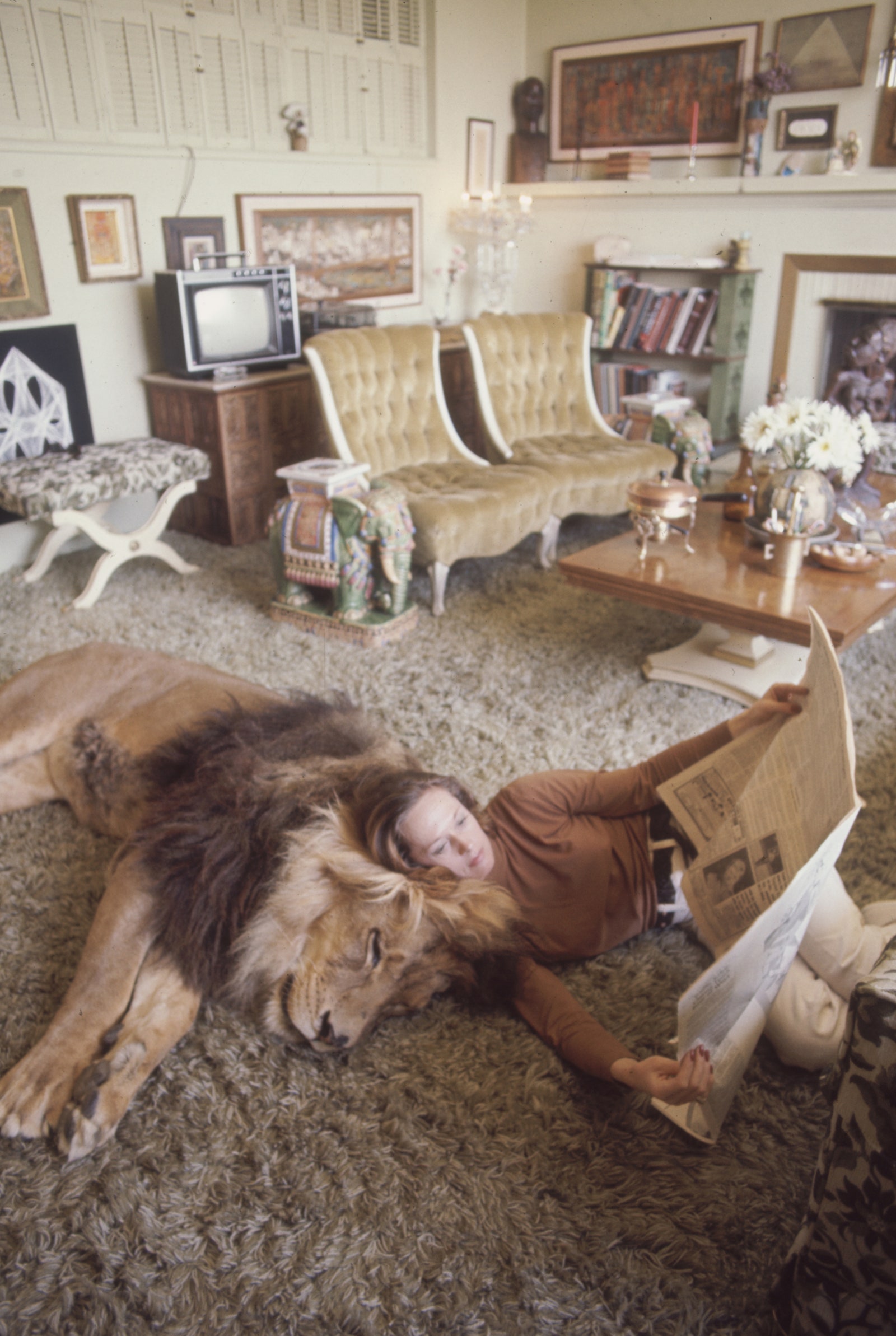 Just grabbing something from the fridge, as one does. 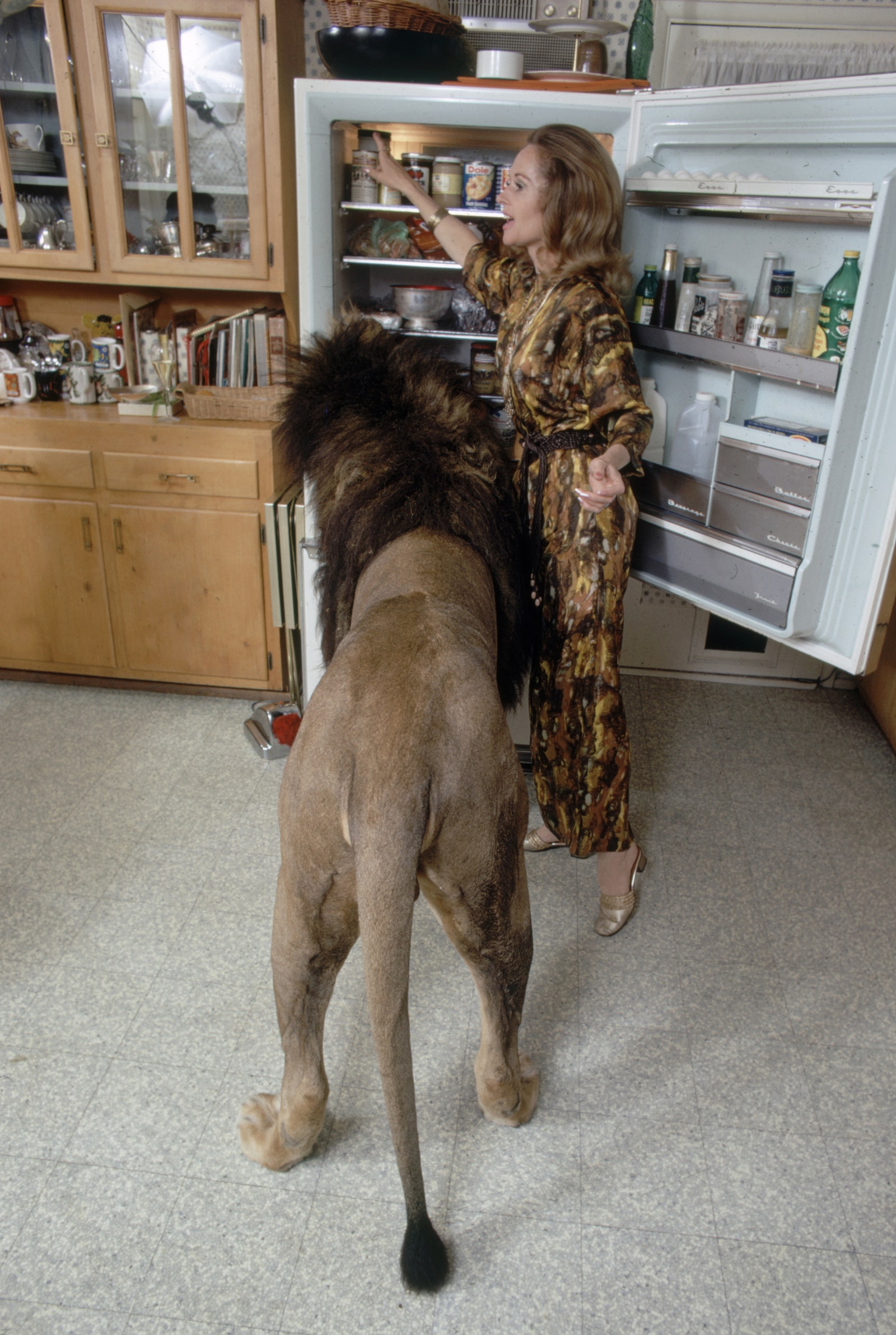 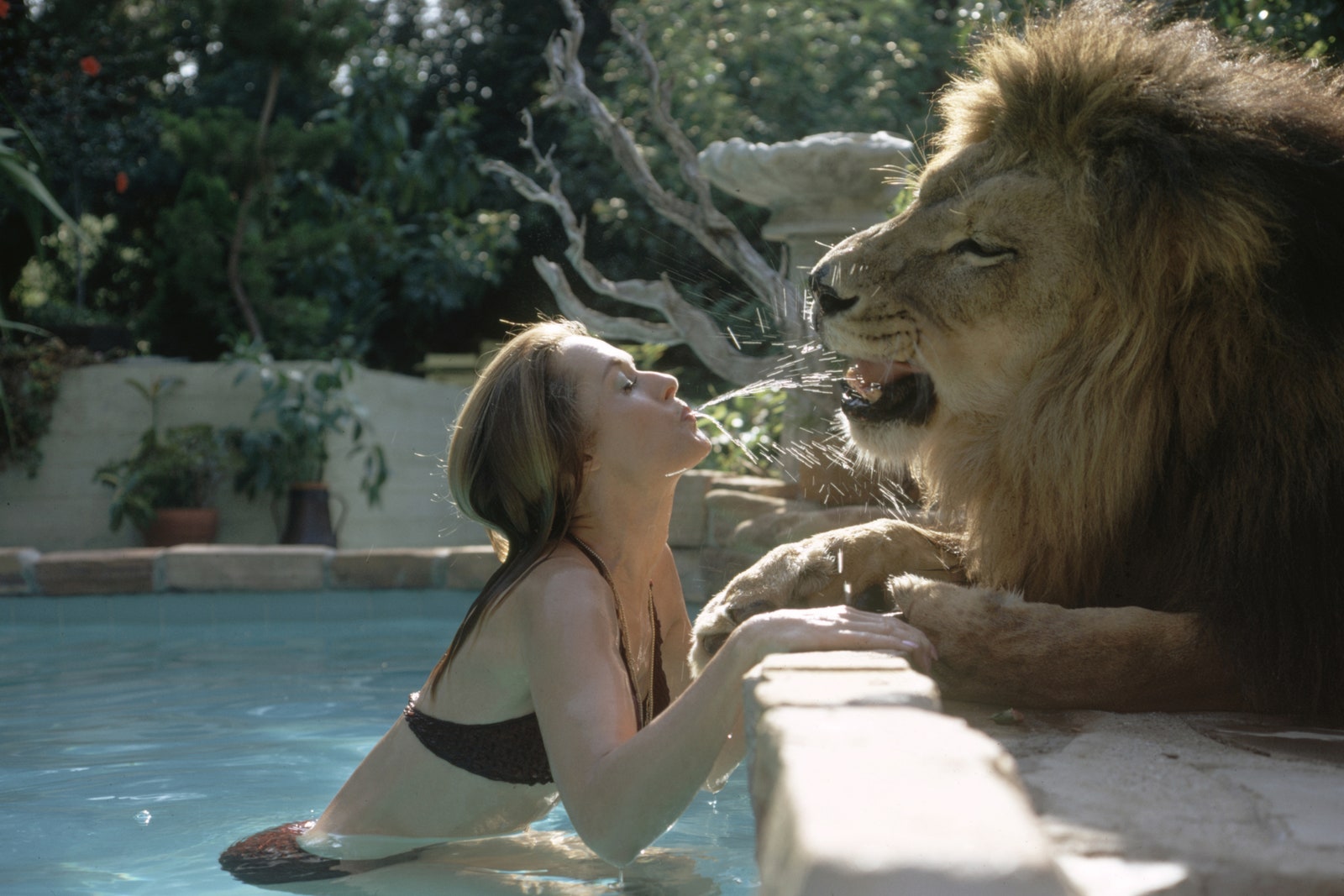 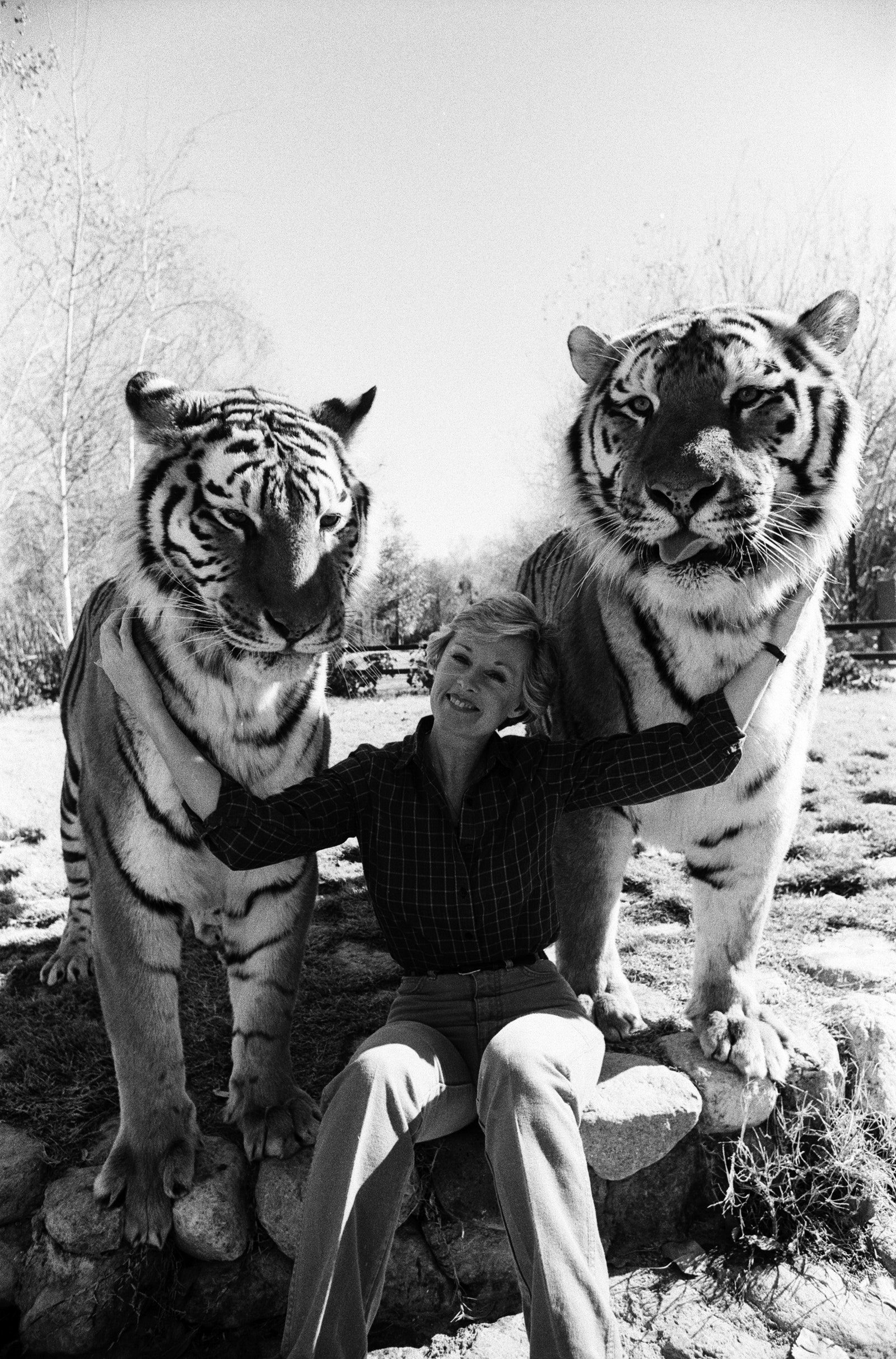 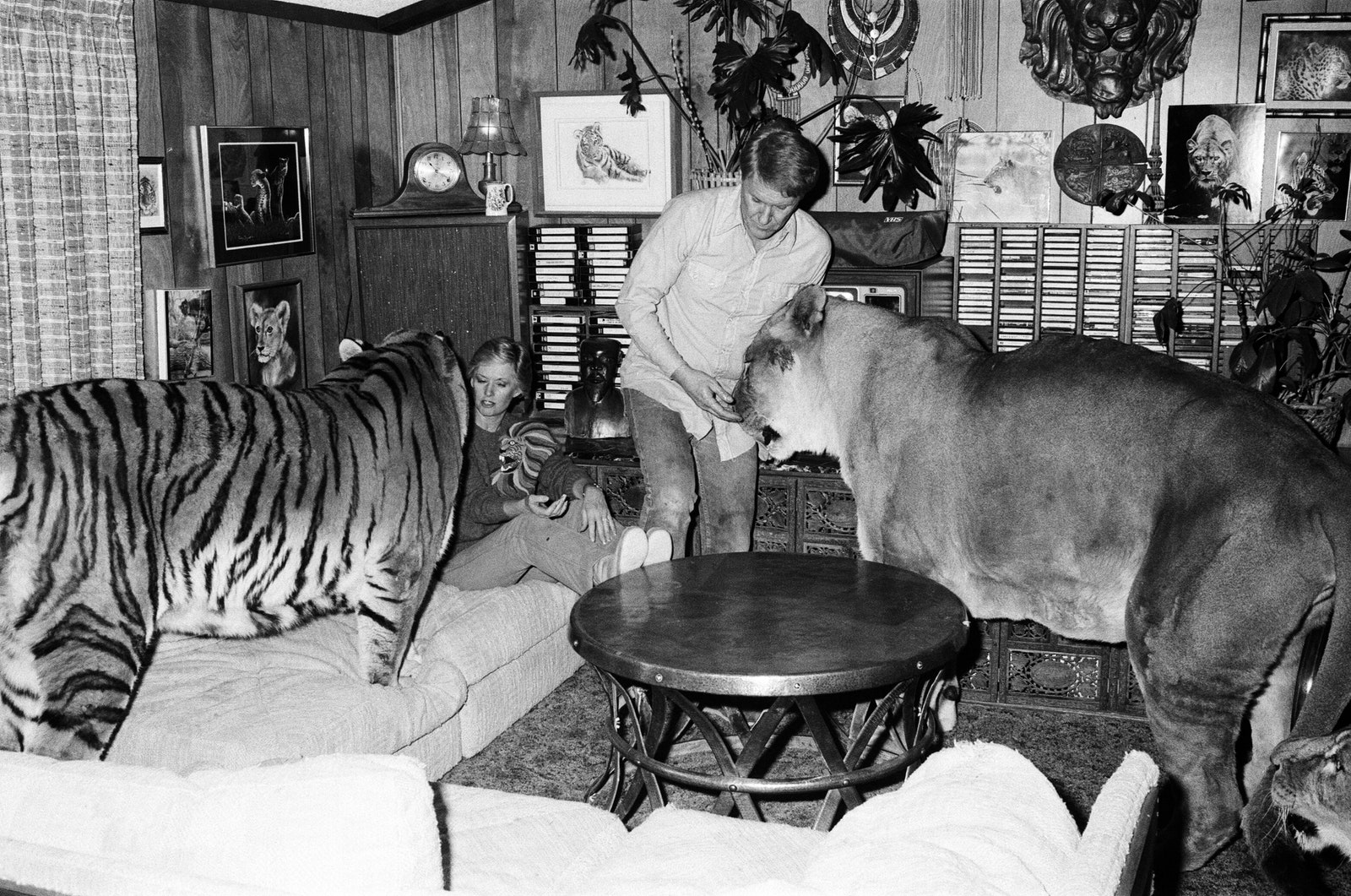 Griffith has also shared photos of her mom and her big cats on Instagram in the past. "I grew up with lions. This was my best friend Neal. 2 Leo’s ❤️ circa 1973," she wrote in one caption. "Note….We rescue wild cats at my Mom's preserve. Do not go out and try to find a wild cat 🙏🏻 go to shambala.org."

I grew up with lions. This was my best friend Neal. 2 Leo’s ❤️ circa 1973 Note…. We rescue wild cats at my Moms preserve. Do not go out and try to find a wild cat🙏🏻 go to shambala.org

How this wasn't part of the larger cultural conversation back when we were all obsessed with Tiger King is a total mystery—but Carole Baskin must be shaking. Or maybe she and Tippi are big cat BFFS—who knows?