In horrendous conditions on Thursday morning in Japan – heavy rain, wind and thick fog – Storey maintained her unbeaten streak at Paralympic level which stretches back to the 2004 Games in Athens. 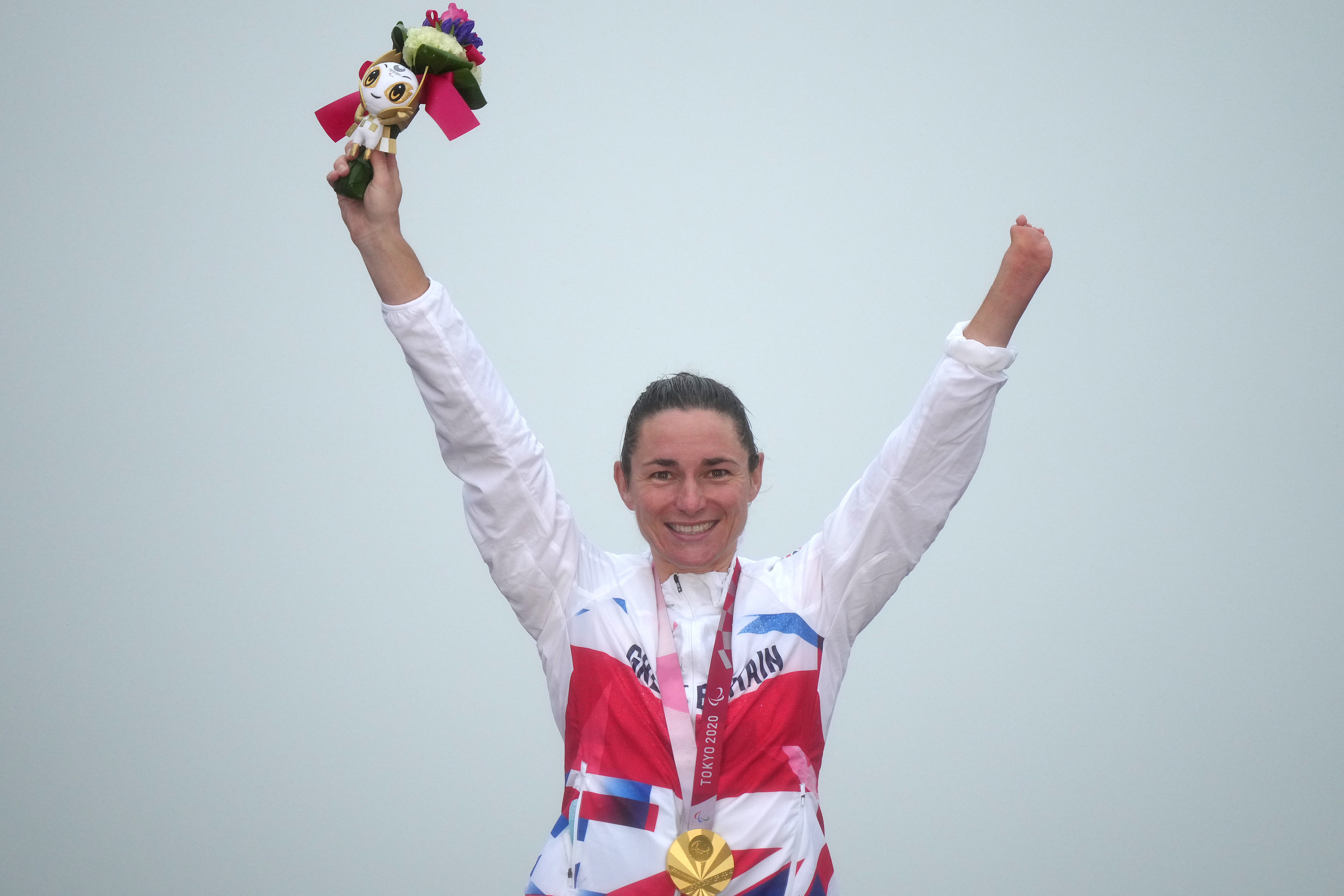 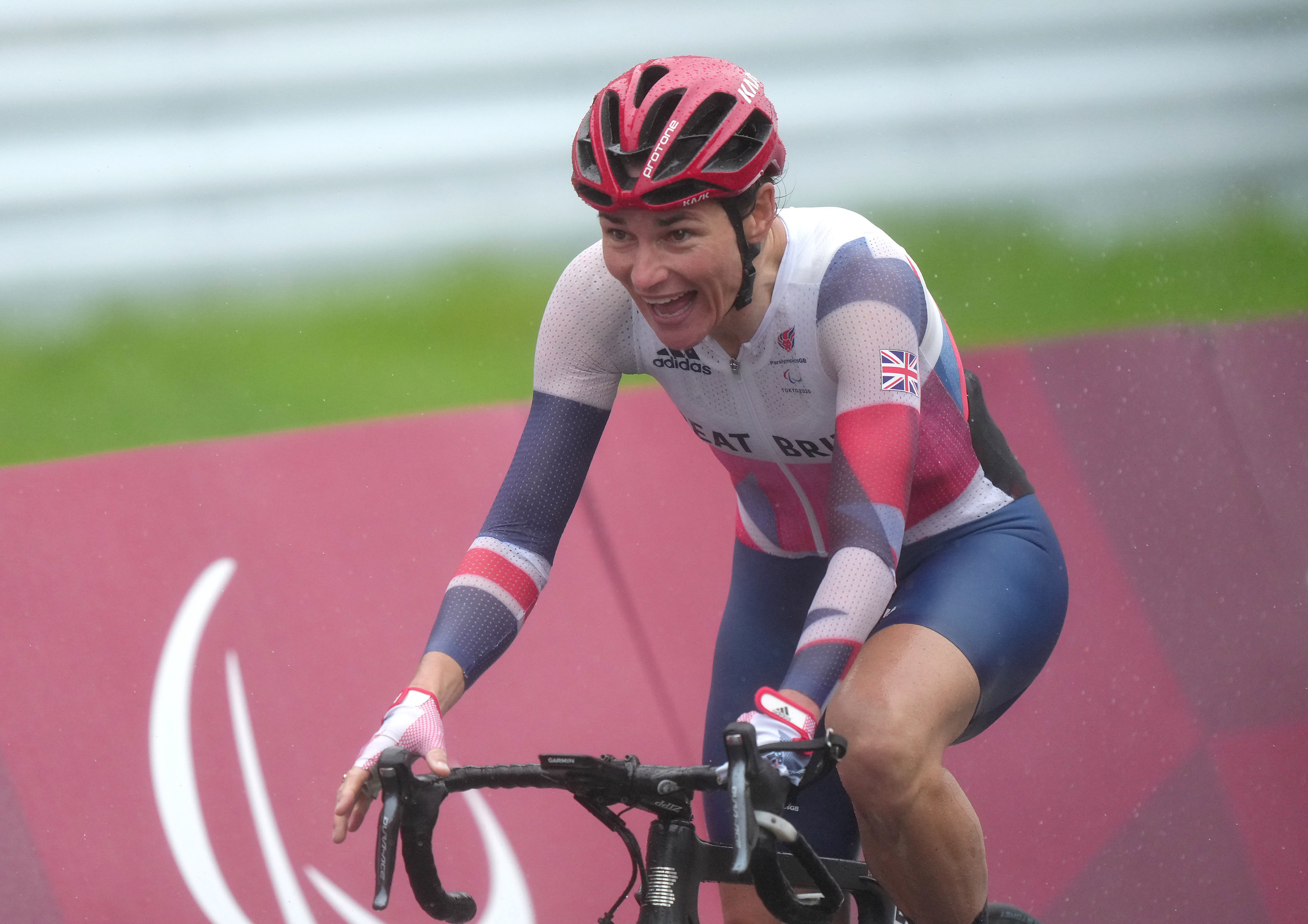 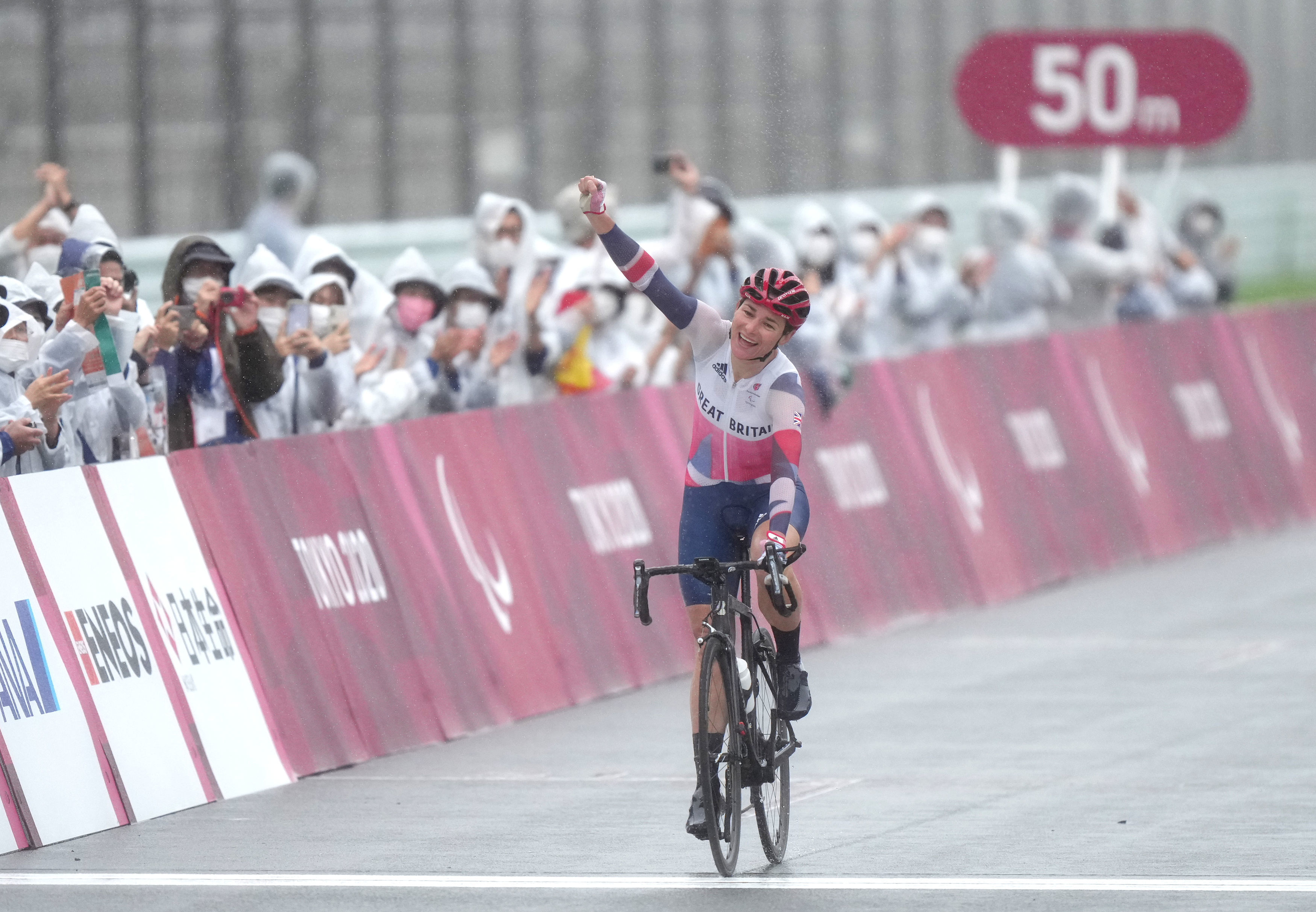 It was one of her hardest, most demanding triumphs but a contentious one given that British teammate Crystal Lane-Wright told Storey during the women’s C4-5 road race she would not “snatch away” her title.

Storey, 43, now has more gold medals than anybody else in British Paralympic history, overtaking the mark of 16 set by Mike Kenny, which had stood since 1988.

When she won, she was presented with a special message from Tanni Grey-Thompson, whose female record of 11 golds Storey surpassed at the Rio 2016 Games.

Storey said: “I never felt a weight on my shoulders. You’re defending a title and it’s added to a tally afterwards.

“I’ve never really felt that pressure to be overwhelming before a race. It’s just each race as it comes.

“It is the sweetest feeling to know that I go back to my room and there are a couple of gold medals in the safe to put this one with and that makes that tally very real then. 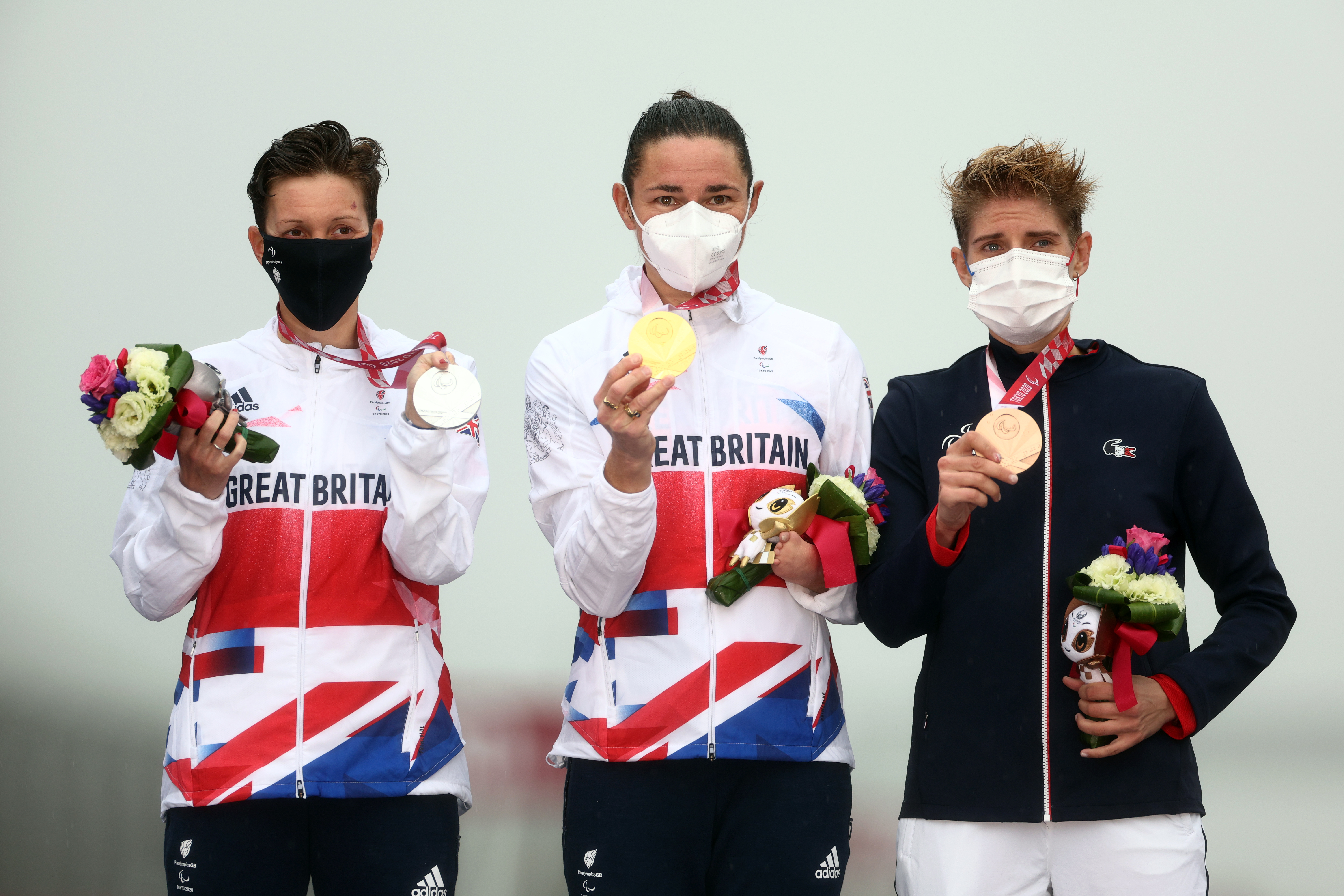 “Each race I’ve done here, I’ve said the same – I couldn’t have managed having eight Games, let alone winning medals at every Games and 17 of those medals being gold.

“It’s the dream I didn’t have coming true. I just wanted to be a British athlete, I wanted to compete for my country for as long as I possibly could.

“And to still be going strong in Games No8 is truly amazing.”

The weather was absolutely filthy – not too dissimilar to the conditions James Hunt had to contend with when he memorably beat rival Niki Lauda on the Fuji International Speedway circuit to win the 1976 F1 world title.

Storey was the overwhelming favourite for the 79.2km looped-circuit race but found herself in the unusual position of having to chase when she fell behind German veteran Kerstin Brachtendorf.

The 49-year-old made a cunning break towards the end of lap two of six and led by 75 seconds with two laps remaining.

Yet Lane-Wright and Storey worked together to reel in Brachtendorf on the penultimate lap and with a few kilometres remaining, the Manchester cyclist seized her shot at history. She finished seven seconds clear in a time of 2:21:51.

Lane-Wright, who collects three silvers from these Games, said to Storey in the closing stages that she would not sprint to the line.

The Essex rider explained her surprise decision on having “morals” and that she had used up too much energy in the pursuit manoeuvre.

This will be Lane-Wright’s final Paralympics race but Storey already has plans to go to Paris in 2024 and add to her impressive collection of medals.