The television production company behind Made in Chelsea has apologised to British comedian Dane Baptiste after confusing him with actor Richard Blackwood – calling the error ‘deeply offensive’ and ‘inexcusable’.

NBCU-owned British production company Monkey Kingdom had asked Baptiste to sign off photos of himself ahead of press activity – but accidentally sent him photos of fellow TV star Blackwood, 48, instead.

Baptiste shared details of the error in a Twitter post, which has now been viewed nearly 18,000 times.

He explained: ‘TV production company just sent me press shots of myself to approve before they start the press run. This is the picture they sent ME of ME. I swear on my mother’s soul they sent it.’ 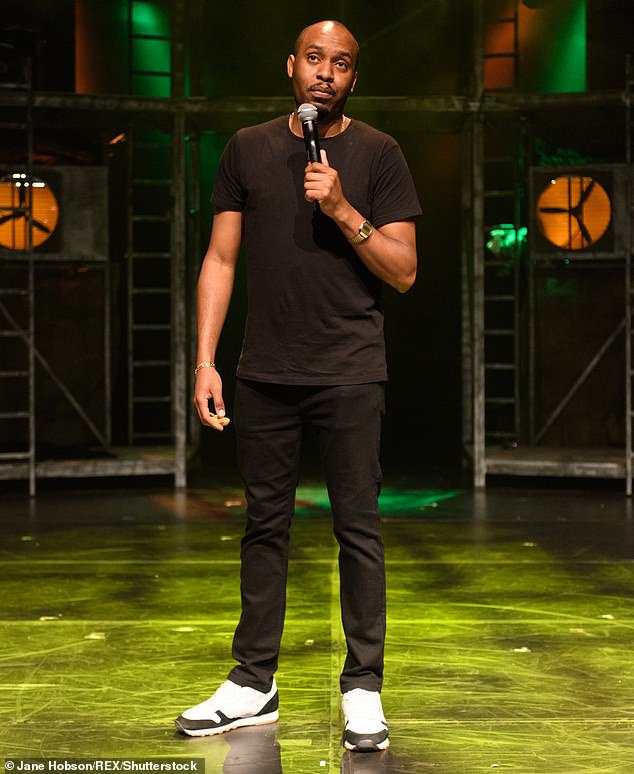 British funnyman said ‘it wasn’t good enough’ that a TV production company had confused him with fellow TV star Richard Blackwood. Baptiste was sent press photos of himself to sign by the company…only to open them and find photos of Blackwood 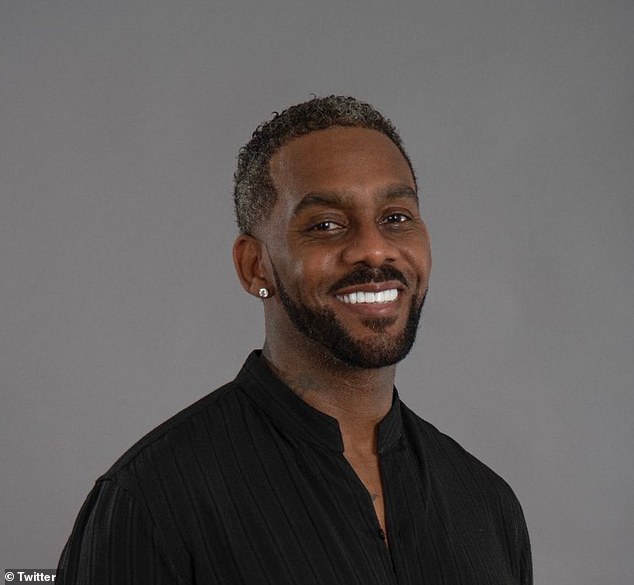 The image of Richard Blackwood sent to Baptiste. In a post on social media he wrote: ‘This is the picture they sent me of me’

Stand-up Baptiste was the first Black British comedian nominated for Best Newcomer at the Edinburgh Fringe in 2014, and he’s made regular appearances on television comedy shows since.

He followed up the message by sharing the hashtags #DiversityandInclusion and #BlackLivesMatter and asking ‘Who’s in the photo, Twitter? Not me, not me.’

According to Deadline.com, Monkey Kingdom has since apologised to both men.

A spokeswoman for the TV production company said: ‘We are sincerely sorry for our error, which was deeply offensive and inexcusable.

‘As a production company, we are very proud of our work contributing to greater diversity on screen and behind the camera, and know that today we have unintentionally undermined important and much needed progress.

‘We have apologised privately to Dane and Richard. We have also committed to redouble our efforts to be a production company that upholds the highest standards of inclusivity.’

The tweet has already evoked hundreds of responses, with actor and director Noel Clarke telling Baptiste: ‘Bro!! I wanna say this isn’t real. But sadly I know it is. It never ends. #BLM’ 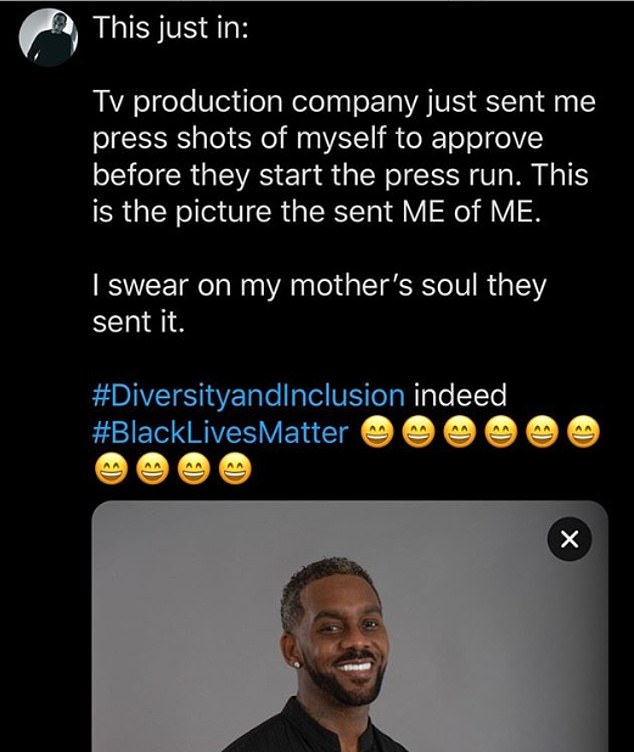 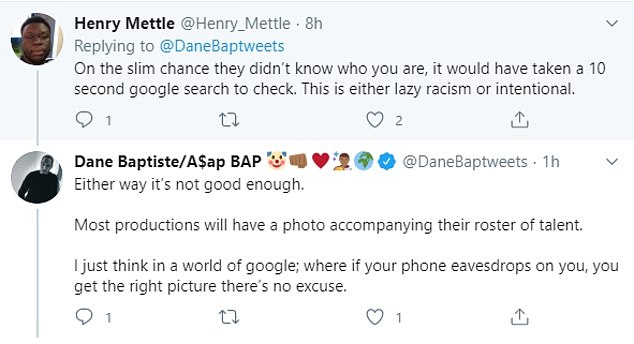 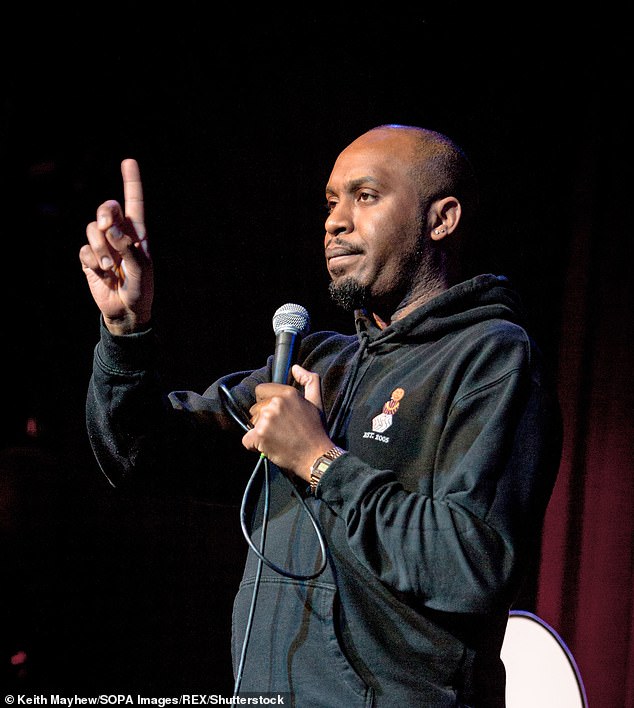 The comic was scathing of the TV company’s error, saying: ‘I just think in a world of Google; where if your phone eavesdrops on you, you get the right picture there’s no excuse.’

Responding to another user, @Henry_Mettle, who said the mistake was ‘either lazy racism or intentional’, Baptiste replied:  ‘Either way it’s not good enough. Most productions will have a photo accompanying their roster of talent.

‘I just think in a world of google; where if your phone eavesdrops on you, you get the right picture there’s no excuse.’

@ARoachBridgeman added: ‘Wow…I mean…RB is an inspo to many of us BUT wtf is going on with their Prod. team? They must’ve googled black comedian and thought “ahh there he is..” as we all look identical after all, innit?’

Monkey Kingdom has been a British success story in the television world making hugely popular programmes such as Made in Chelsea and The Real Housewives of Cheshire.

In 2017, an Irish newspaper was forced to apologise to grime star Stormzy after running a picture of him instead of £75million footballer Romelu Lukaku on its back page.

The Irish Herald published a story on the football star’s first interview since moving to Manchester United, with the headline: ‘Lukaku is ready for work’.

However, the photo accompanying the story was of Stormzy posing in a tracksuit of the club he supports, cropped from an image of him posing next to David Beckham.

The newspaper said at the time: ‘To be honest, we are totally embarrassed and want to say sorry to all involved and our readers for the error. We will keep our eye on the ball in future.’