DANIEL CORMIER insists “the reality is I am going to smash” Stipe Miocic in their highly-anticipated trilogy fight.

The two rivals will meet for a third time in the main event of UFC 252 in Las Vegas this Saturday for the heavyweight title. 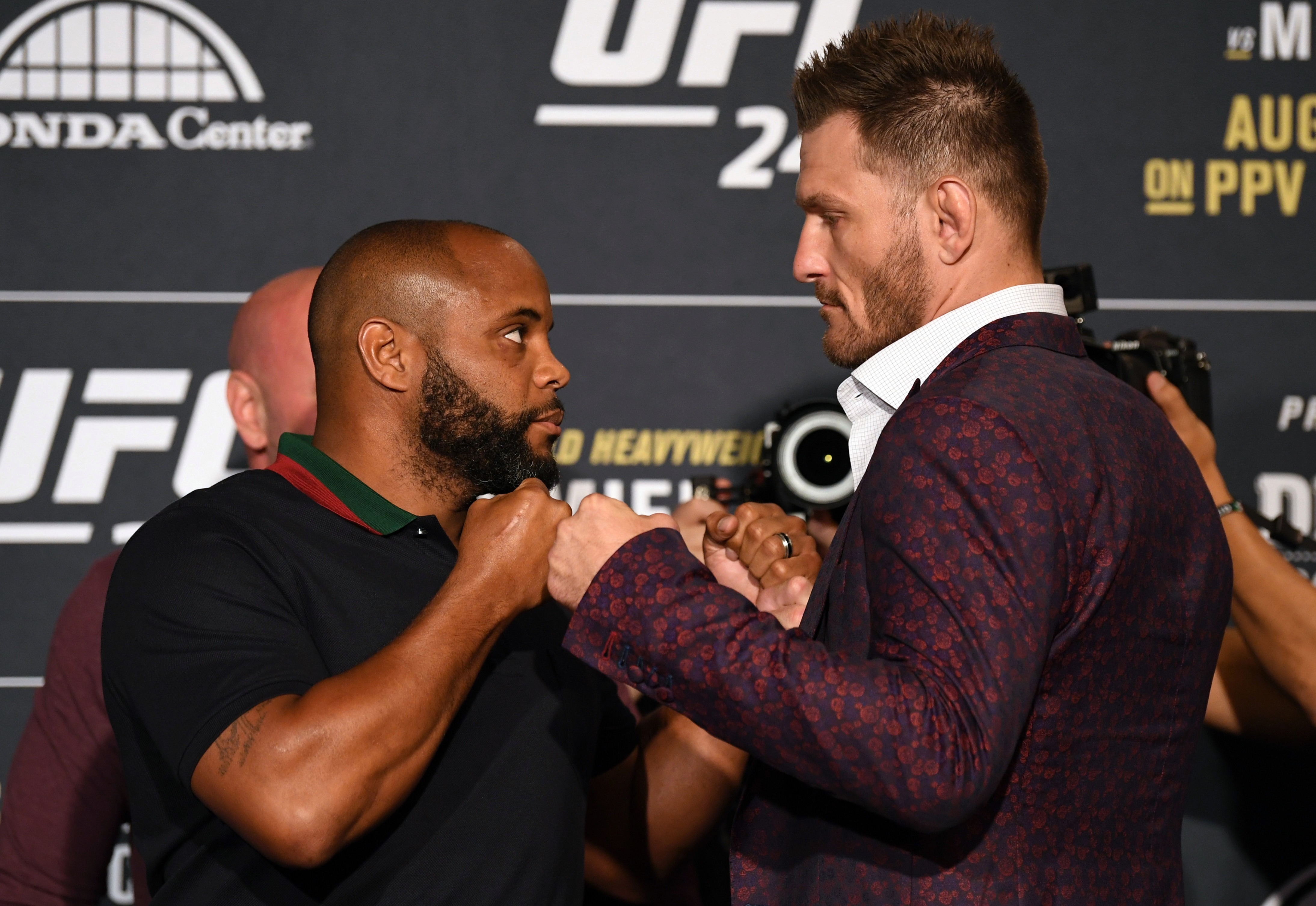 Current king Miocic is looking to retire Cormier and retain his belt – but DC is adamant he will become a two-time champ.

Speaking to UFC Embedded, Cormier said: “The last fight was a good fight.

“I started well and he made adjustments and got the victory.

“But, by no means do I look at that fight and think there are areas I can’t fix.

“I plan to use more of my wrestling, I’ve worked a lifetime to acquire these skills, and I kind of went away from that fight.

“Does that mean I am going to eliminate or avoid striking? No way. That was a very competitive fight.

“So, by no means can I not stand and fight Stipe Miocic for 25 minutes.

“The smarter way to get my hand raised is to use all my tools.”

Cormier continued. “I expect a very tough, I expect Stipe to be in great shape.

“I expect him to believe that he is going to go out and win.

“The reality is I am going to smash him.

“I’m going to win this fight, I’m going to do my thing like I’ve done so many times and get my hand raised.”

They first met in July 2018 with then light-heavyweight champ DC moving up a weight to challenge the Croatian for his title.

Cormier scored a huge first-round knockout win over Miocic to become a simultaneous two-division champ in the process.

He went on to defend the belt successfully by submitting Derrick Lewis later that year before agreeing to a rematch with Miocic in August of 2019.

However, this time DC was KO'd by Miocic in the fourth round to take back the crown, leaving fans longing for a decider between the pair.

It also looks likely to be Cormier’s last ever fight of his legendary MMA career, with him initially declaring he wanted to walk away when he turned 40 in March 2019.

But those plans have already been delayed courtesy of Miocic and now the final chapter of their epic rivalry will be written in just a matter of days.