DAVID LUIZ required seven stitches after his sickening clash of heads with Raul Jimenez but Arsenal insist he was not concussed.

The Brazilian was subbed off at half-time in the 2-1 home defeat with the incident coming just five minutes into the contest. 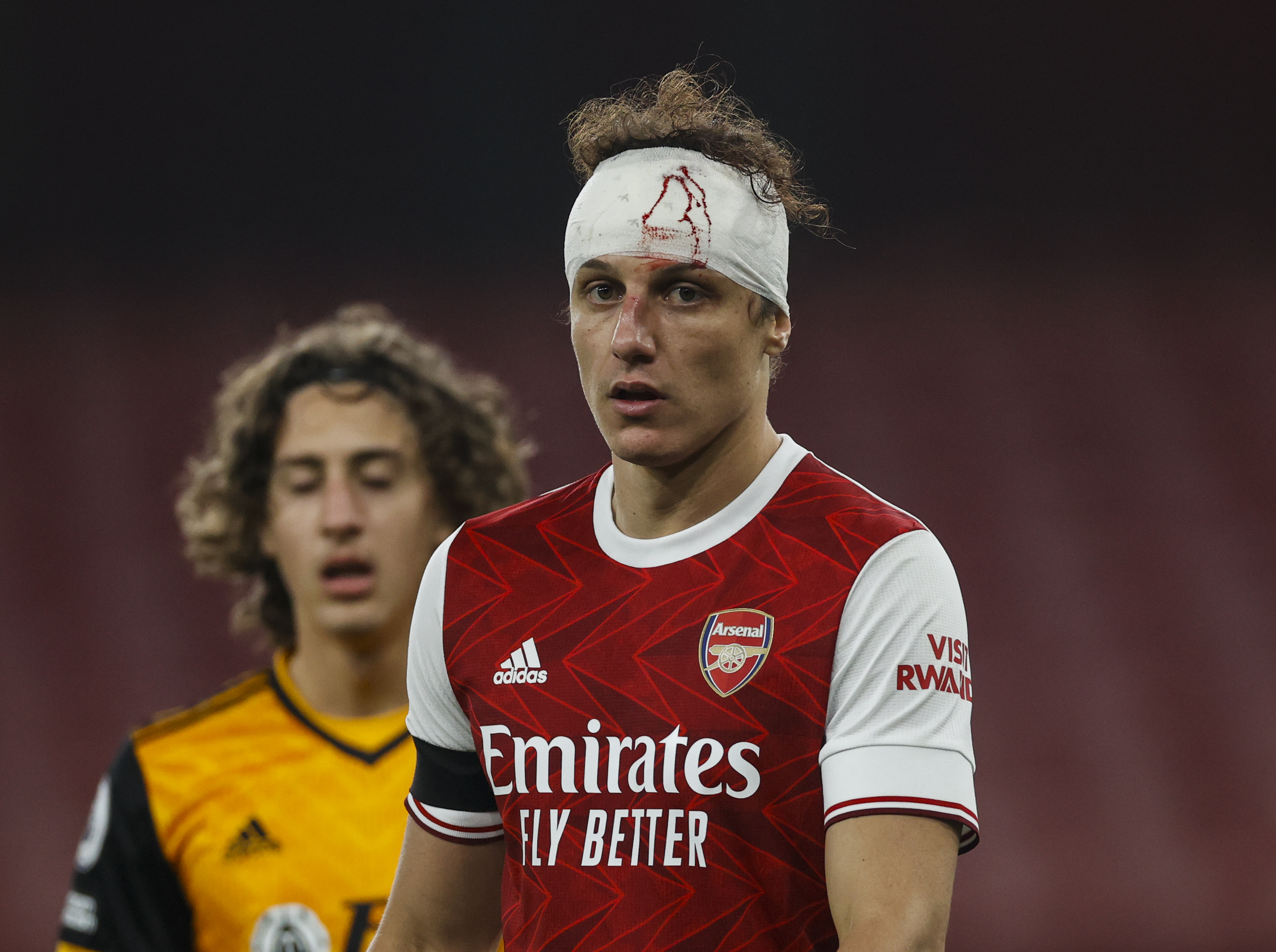 Luiz, 33, lay on the floor for three long minutes before medics bandaged his head and allowed him to continue playing.

It can now be revealed that Luiz needed stitches to stop the flow of blood which came open when the defender headed the ball.

It posed questions as to whether Luiz was in a fit enough state to continue playing.

But boss Mikel Arteta took his defender off the field because they couldn't keep the cut closed and had discomfort heading the ball on his wound.

The Gunners are adamant they followed all protocols and guidelines were correctly followed.

Club doctor Gary O'Driscoll, a leading sport's consultant on concussion who worked with the British and Irish Lions, made the call after Luiz answered all questions correctly.

He showed no signs of concussion and Luiz passed every part of the protocol.

Luiz was re-stitched at half-time before heading home and he was visited by a club doctor on Monday morning to check his welfare. 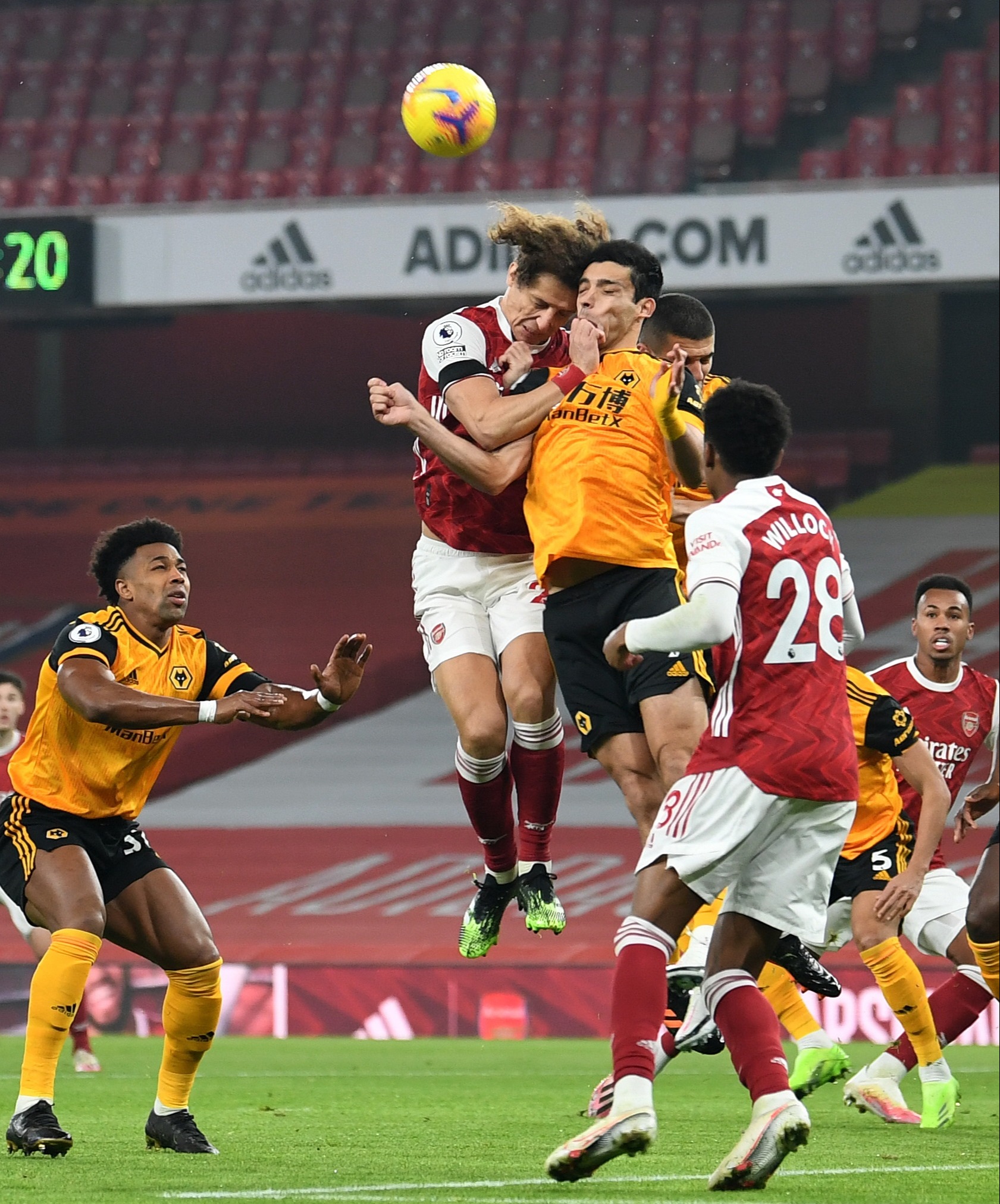 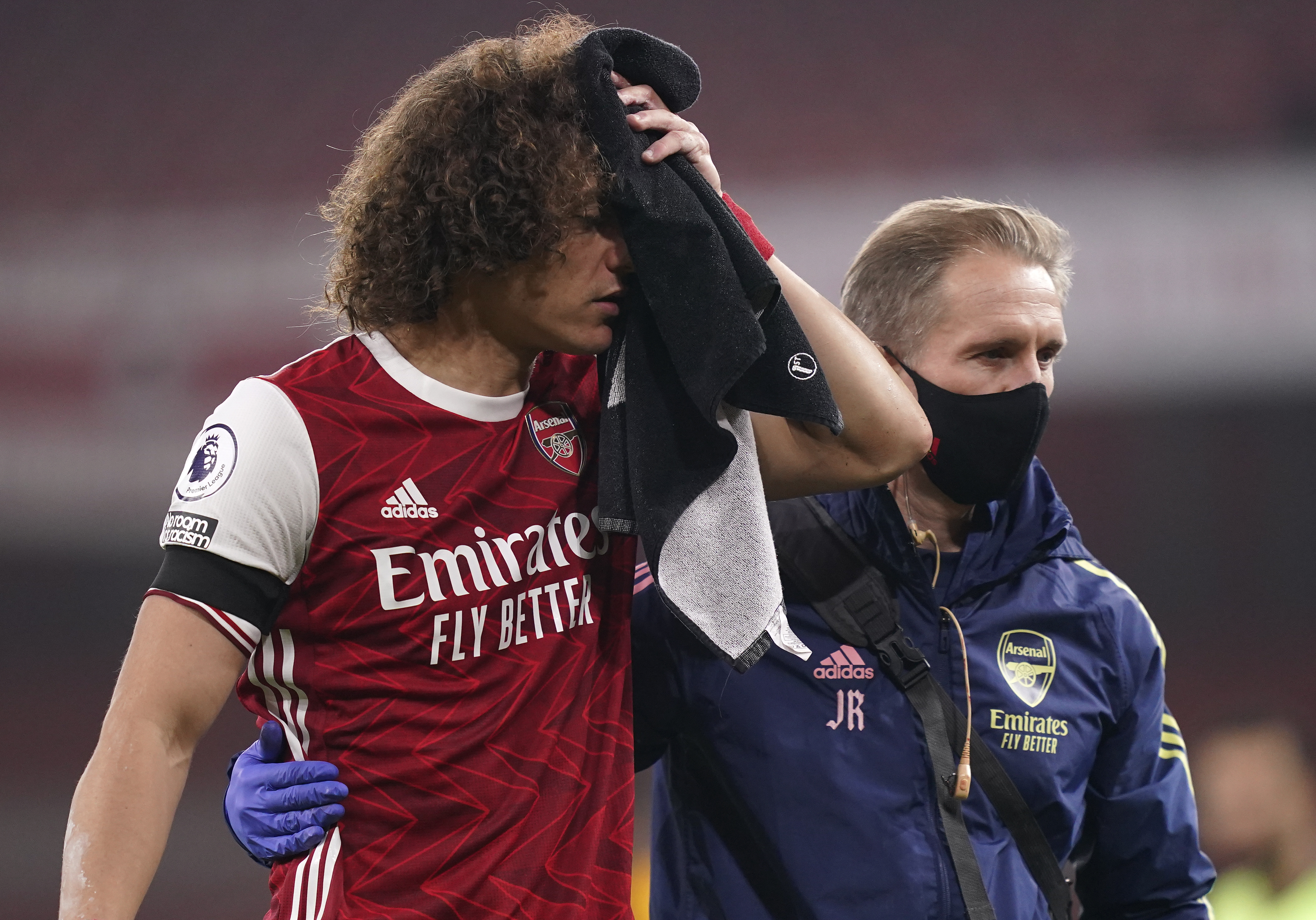 Striker Jimenez fractured his skull in the incident and underwent successful surgery on Sunday night.

The 29-year-old was rushed to hospital by an air ambulance and will remain there for a few days to be closely monitored.

A Wolves statement said: “Raul is comfortable following an operation last night, which he underwent in a London hospital.

“He has since seen his partner Daniela and is now resting.

"He will remain under observation for a few days while he begins his recovery.

“The club would like to thank the medical staff at Arsenal, the NHS paramedics, hospital staff and surgeons who, through their skill and early response, were of such help.

“The club ask that Raul and his family are now afforded a period of space and privacy, before any further updates are provided in due course.”

Jimenez needed oxygen on the pitch after the collision left him unconscious.