Deliveroo will expand to 100 new towns and cities across UK

Deliveroo has announced plans to expand to cover 100 more towns and cities across the UK this year.

The food delivery service currently operates in nearly 800 locations but will reach an additional four million people by the end of 2021, following a huge surge in demand over the pandemic.

Deliveroo revealed their plans following six months of profit throughout last year, after new partnerships with restaurants which were forced to shut their doors during the pandemic.

The full list has not yet been announced but Yeovil, Bangor (Northern Ireland), East Kilbride, King’s Lynn, Scarborough, Llanelli and Exmouth are among the new locations that will be able to use the service. 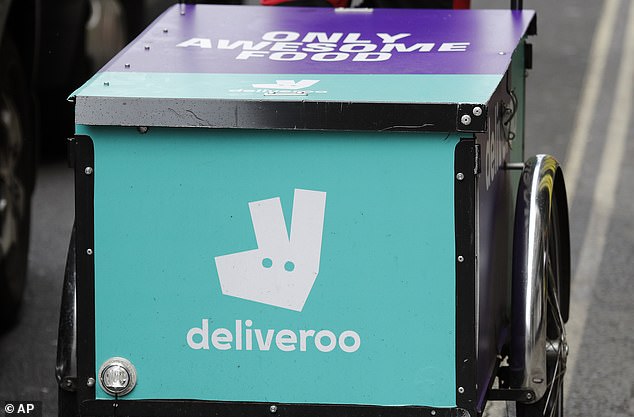 Deliveroo has announced plans to expand to cover 100 more towns and cities across the UK this year. Stock image

Carlo Mocci, Deliveroo’s chief business officer for UK and Ireland, said: ‘With further lockdown measures now in place across the UK, we want to do everything possible to help households get the food they need and want and play our role to make sure families across the country have a wide selection of amazing food, drink and household products to order in as little as 30 minutes.’

During 2019 the company expanded to 200 new towns and cities worldwide and last year saw the service go from strength to strength.

In 2020, Deliveroo rapidly grew its number of restaurant partnerships, with 46,000 joining the platform. 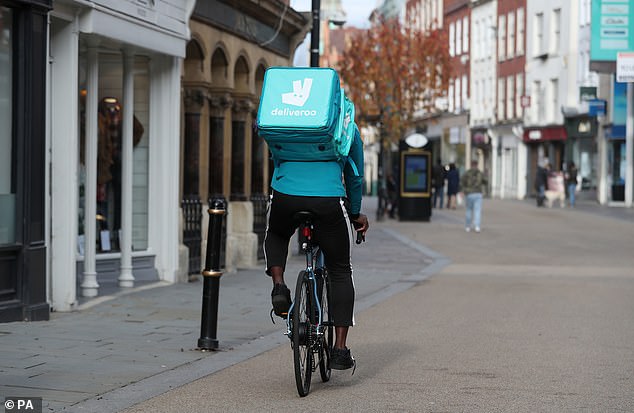 The food delivery service currently operates in nearly 800 locations but will reach an additional four million people by the end of 2021. Stock image

Deliveroo has also seen increased engagement from customers; including larger numbers of orders per customer and use of their Deliveroo Plus subscription programme.

Deliveroo CEO and founder Will Shu said of their success: ‘This year we have seen rapid consumer adoption of online food delivery, with more people ordering more frequently.

Covid has accelerated strong underlying trends and there is an enormous opportunity ahead.  At Deliveroo we are relentlessly focused on developing the leading proposition for consumers, riders and restaurants.

‘We aim to be the definitive food company, offering riders the flexible work they value, consumers the ability to order whatever they want wherever they want it and restaurants access to new revenue streams and a wider customer base.’

Where is Deliveroo currently available – and where are they expanding?

Food delivery service Deliveroo has revealed that it will expand to a further 100 towns and cities in the UK this year.

Locations where the service is currently available include: