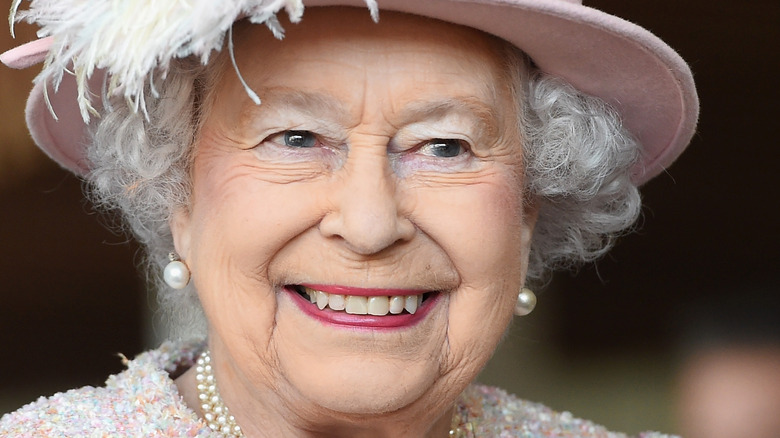 Prince Harry and Meghan Markle welcomed their newborn daughter Lilibet Diana Mountbatten-Windsor on Friday morning in Santa Barbara, California, and we’re squealing at the news – and that gorgeous name (via CBS). While royal fans immediately recognized the baby’s middle name, an homage to Harry’s late mother Princess Diana, her first name is just as poignant. Lilibet, shortened to “Lili,” is actually named after Queen Elizabeth, who is referred to as Lilibet by her closest loved ones (via Today). With such a beautiful and personal tribute to the queen, fans are wondering if Lili has met her great-grandmother yet.

Born at Santa Barbara Cottage Hospital and weighing in at 7 lbs., 11 ounces, Lilibet Diana was described as more than her parents “could have ever imagined” on their Archewell charity website. Speaking about how this is a “very special time” for them, both Meghan and Lili are said to be “healthy and well, and settling in at home.” Once Meghan and Harry put out their official announcement from their Montecito, CA home (via Hello), more royal announcements ensued. Prince William and Catherine tweeted, “We are all delighted by the happy news of the arrival of baby Lili,” while Prince Charles went with a tweet wishing them “all well at this special time.” So what about the Queen?

Has the Queen met Lilibet Diana yet? 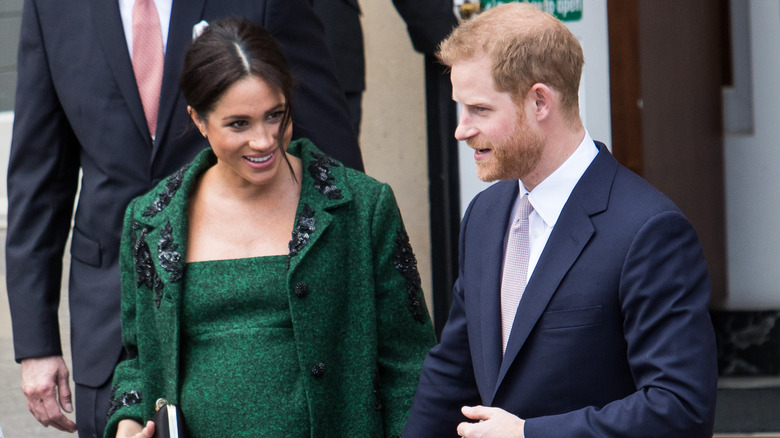 Of course, since Lilibet is named after the queen (and she’s great-grandma after all!), fans were anxious to read the monarch’s congratulatory announcement. Taking to the official @RoyalFamily Twitter account, the queen wrote: “Congratulations to The Duke and Duchess of Sussex on the birth of Lilibet Diana! [The royal family is] delighted with the news. Lilibet is Her Majesty’s 11th great-grandchild.” While sweet, fans were quick to point out how lackluster the message was, with one royalist tweeting, “that statement is as cold as ice.” Still, people everywhere continued to speculate if the Queen had been informed about the birth before the announcement, and if she had met baby Lili yet.

According to People, Harry and Meghan were “very excited and couldn’t wait” to introduce Lili to the rest of the royal clan. So much so, that they coordinated a video call with the queen not long after her birth. While the queen was one of the first people to get a virtual glimpse at newborn Lilibet, she was also reportedly consulted about the name, too. As per People, the famous royal couple shared their name choice with Elizabeth, who was surely delighted at the tribute. Although none of the royals have met Lili in person just yet, we can’t wait for Meghan and Harry’s next U.K. trip for all the adorable introductions.