Phil Robertson has an idea to bridge the political gap.

The "Duck Dynasty" patriarch recently spoke with Fox Business to discuss his new book "Jesus Politics: How to Win Back the Soul of America."

During his virtual chat, Robertson, 74, discussed how a lack of faith has driven a wedge between the people of America.

"Because they did not think it worthwhile to retain the knowledge of God, God gave them over to a depraved mind to do what ought not to be done," explained the former reality star. "They've become filled with every kind of wickedness, evil, greed … burden, strife, malice, deceit." 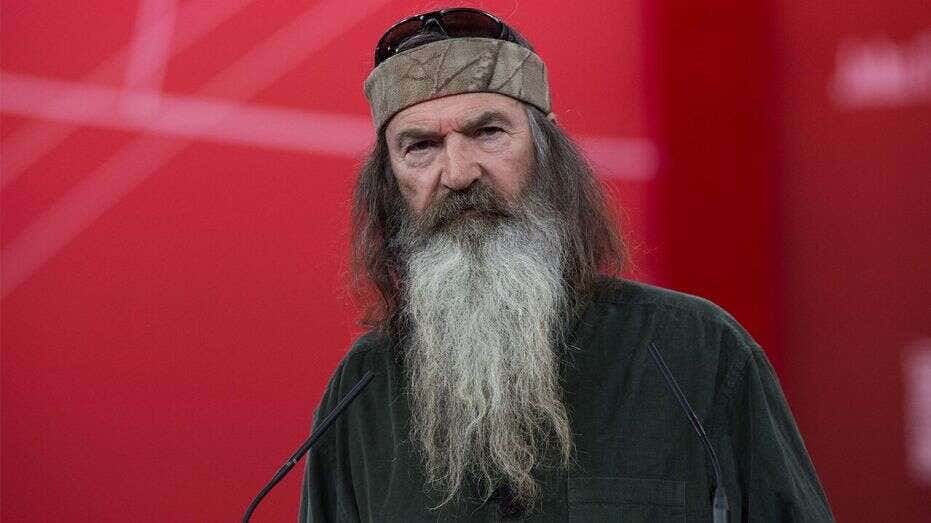 Robertson then said the problem of this nation is that "fallible men" rely on the government to "handle" their problems.

"Therefore, the book's about a 'picture' of what the kingdom of God is like to people of faith as they operate within a constitutional Republic," he said. "We're in Red China, we're operating there under the radar, the kingdom of God is. … They whisper the scriptures and they're hidden away."

The star admitted that at times, it feels like his opinion is an unpopular one, but he stands by his beliefs.

"You have to remember, the kingdom of God is about love, look at the love problem," he said. "The opposite of love is hate. You say, 'We're full of it.' The kingdom of God says, 'Love, joy, peace, patience, goodness … gentleness, 'self-growth.'"

Robertson has previously expressed concern over America's direction, and he has expressed a dislike for former presidential hopeful Kamala Harris.

“We have been given a country to what Kamala Harris said…elect me and everything is free,” he told Fox Business' Neil Cavuto last year.

The TV star also shared his support for Trump.

“He’s pro-God, he’s pro-life. I have no problem with any policy that he has put forward," he said while also praising him for facing criticism.

“To me I think it would take a savvy New York billionaire to be able to withstand the onslaught of vitriol and hatred that’s been directed toward one Donald Trump,” Robertson said.