In the Pacific Northwest, an endangered community of killer whales has been on the decline for years due to a variety of factors, all related to human activity. Now, advocacy groups are warning of another looming threat which could further weaken the killer whale population: the U.S. Navy.

The Southern Resident killer whales are a small, close knit community of animals — more accurately known as orcas, the largest species of dolphins — which live primarily along the coast of Oregon, Washington and British Columbia. When they were listed as endangered in 2005, there were 88 Southern Resident orcas — but now, due to declines in their favorite food, Chinook salmon, as well as other manmade threats like toxins, shipping traffic and warming waters due to climate change, their numbers have dwindled to 72.

That’s why a recent request from the U.S. Navy seeking authorization for 51 “takes” of killer whales in the region each year for the next seven years alarmed many environmental groups.

A “take” does not mean to physically take the animals, and it does not mean the Navy intends to hunt or kill them. The term is defined in the Endangered Species Act to include any activities that “harass, harm, pursue … wound [or] kill” a protected animal. An “incidental take” means the impact is “unintentional, but not unexpected.” 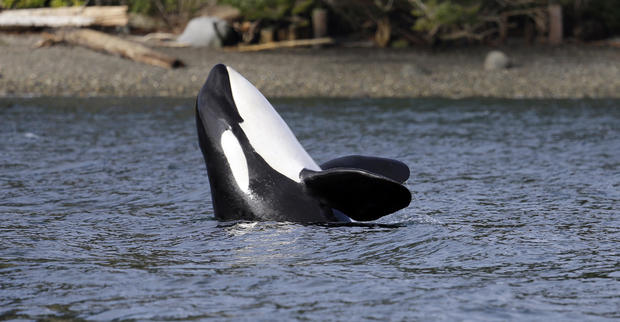 These authorizations are required by NOAA Fisheries under the Marine Mammal Protection Act for activities that may disturb or harm marine mammals, such as disruptive underwater sound from energy exploration, construction or even scientific research. Since the Navy’s current incidental take permits expire in 2020, they’re asking NOAA for authorizations to enable future training and testing activities in the Pacific Northwest.

“The Navy is not anticipating any Southern Resident Killer Whale injuries or mortalities from these activities,” a spokesperson emphasized in an email to CBS News, adding that any disturbances are expected to be of the “lowest level.”

The request for 51 takes could mean activities that impact 51 individual orcas once in the course of a year, or a smaller number of animals that are disturbed a few times each.

Requesting takes is a normal procedure for the Navy, but its request recently increased from 2 to 51 per year, which unnerved Dr. Deborah Giles, a killer whale researcher at the University of Washington and a member of Wild Orca, an advocacy organization.

Giles says, like all orcas, the Southern Residents share a compassionate, cultural bond with each other — a connection which in many ways mimics our own human relationships. They play together, feed together and maintain lifelong, loving bonds with their immediate families and the clan they travel with. 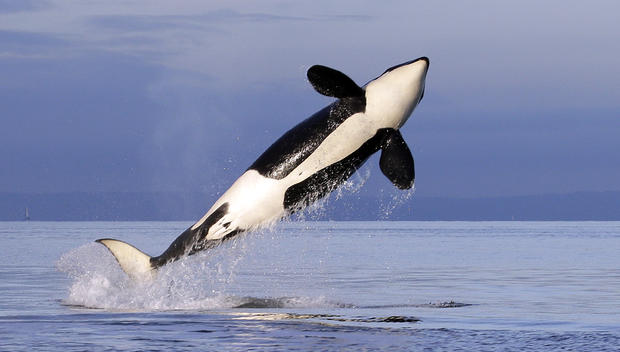 But what makes this particular community of killer whales special, Giles says, is that they are somewhat unique from other orcas.

“There are only 72 individual Southern Resident killer whales in this entire population and they are distinct genetically and culturally. If this population is lost … it’s the equivalent of losing a unique tribe of individual humans.”

The Southern Residents are some of the most well-studied animals on the planet, spending most of their time in the Pacific Northwest. They travel as far south as Monterey, California, and as far north as southeast Alaska.

The Navy inevitably crosses paths with these orcas from time to time during training or testing activities. And since the orcas use soundwaves to navigate, communicate and hunt, it makes them particularly sensitive to Navy acoustics from sonar to sonic booms.

“Sound carries better in water than it does in the air and very loud explosions like thousand-pound explosions can have a physical impact on the body of a killer whale,” Giles said.

The video below, from 2003, was captured by the Center for Whale Research in the Salish Sea, near Seattle. Using a hydrophone to record audio underwater and a video camera up above, researchers simultaneously caught the screeching Navy sonar down below and the disturbed and erratic behavior of the Southern Residents at the surface.

Giles says intense underwater sound like this can compromise the orcas’ ability to forage or communicate with one another — a foundation for their community’s survival.

Giles’ organization and 28 others wrote a letter to NOAA Fisheries expressing their concern about the Navy’s plans.

The controversy in part revolves around how NOAA evaluates the impact on the species. NOAA’s National Marine Fisheries Service made a preliminary determination that 51 takes would have a “negligible impact” — meaning it’s unlikely to adversely affect the species.

Since NOAA estimates there are 50,000 killer whales worldwide, 51 takes could be seen as a negligible figure. But advocates for the animals argue that since the 72 Southern Residents are unique from other orcas, any extra pressure on their diminishing population is not negligible at all.

To try to minimize potential impact from the Navy, the 29 organizations are asking NOAA Fisheries to change its determination of negligible impact and to require an extra layer of protection.

When asked about protection for these orcas, NOAA Fisheries confirmed to CBS News in an email that measures were in place to reduce potential harm, but did not say whether any additional steps would be required.

“NOAA Fisheries’ proposed regulations and subsequent Letters of Authorization include required mitigation and monitoring measures that are expected to reduce adverse impacts to marine mammal species or stocks and their habitats,” the administration said.

The Navy says it only expects the lowest level of impact: Temporary disturbances that might, for example, lead to a change in the orcas’ rate of vocalizations, or prompt them to interrupt foraging to swim away.

In an email to CBS News, the Navy said it is “keenly aware of the challenges faced by the Southern Resident Killer Whales resulting from a multitude of human activities. Our plans include numerous efforts to avoid or minimize potential effects on the species throughout the region.”

Asked if it was open to taking additional steps to help protect the orcas, the Navy replied that it is “currently in consultation with the National Marine Fisheries Service, and will continue these active discussions to review practicable measures that could reduce further potential effects to Southern Resident Killer Whales.”

In the email, the Navy outlined the types of training and testing activities it expects to conduct, which include “the use of underwater acoustic systems, or sonar on Navy vessels or on unmanned underwater vehicles,” and said it is “committed to being good stewards of the environment while meeting our national defense mission to maintain, train, and equip combat-ready naval forces capable of winning wars, deterring aggression, and maintaining freedom of the seas.”

While Giles acknowledged the Navy does take steps to minimize impacts, she said more needs to be done to track and monitor the orcas.

She also said she’s concerned about the potential for long-term harm — a risk she feels is not worth taking. “Just the loss of one whale or the harm to one whale could have population level impacts,” Giles said.

In an email to CBS News, NOAA Fisheries says it’s targeting November 2020 for a final decision. 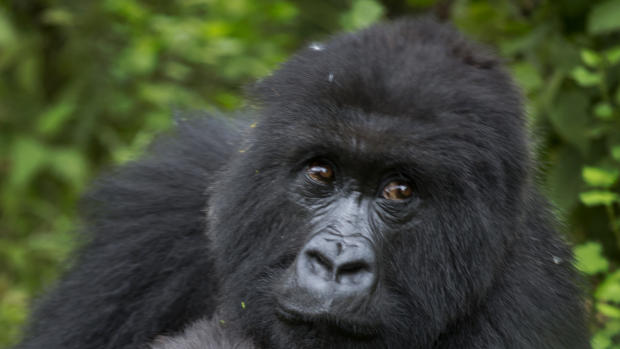