FABRIZIO RAVANELLI could pull a darts jersey over his head in trademark style if he beats an oche legend post-lockdown.

That is because the former Middlesbrough and Italy striker has challenged three-time Lakeside champion Glen Durrant to a cheeky game of arrows. 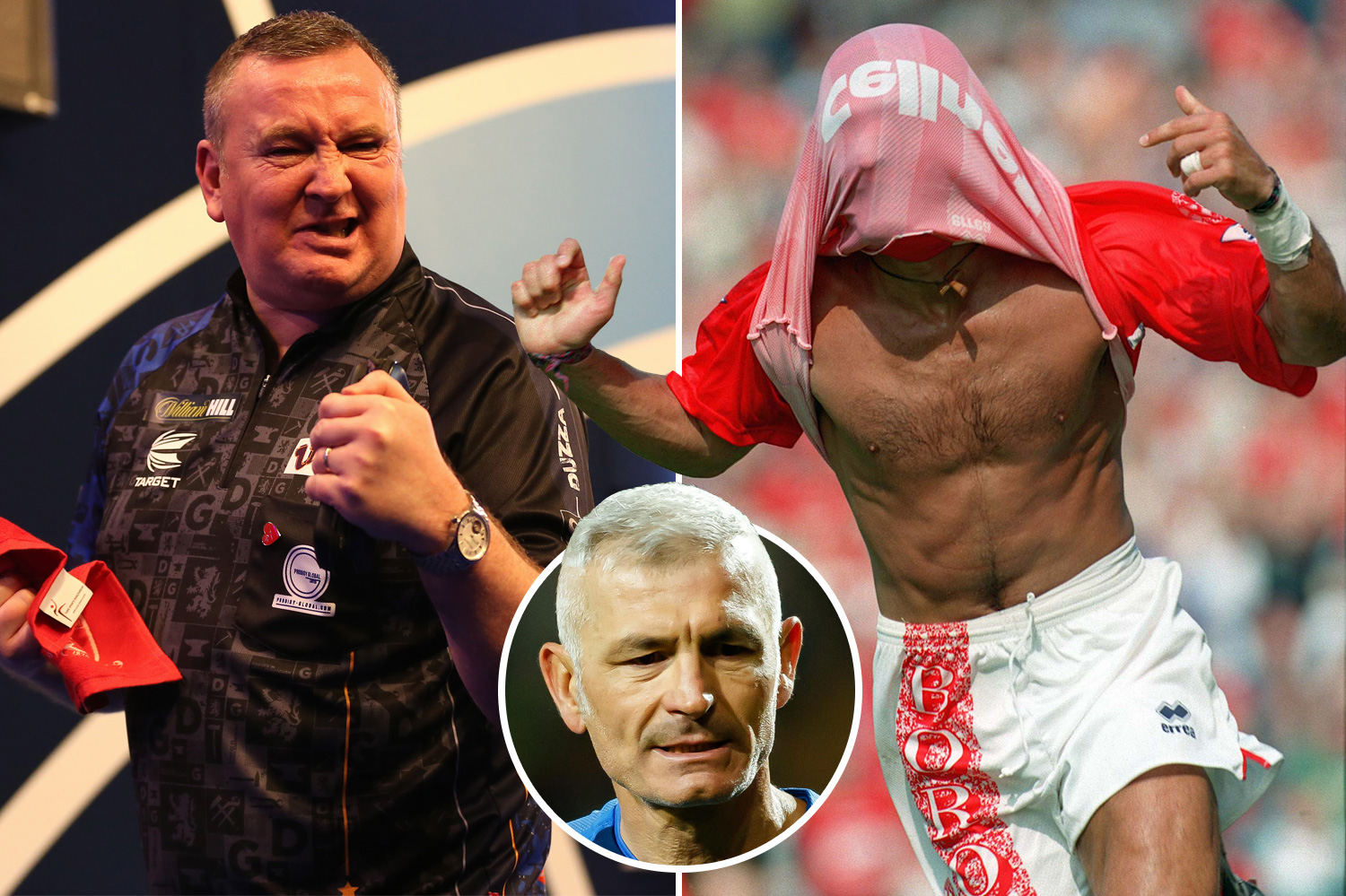 Durrant, 49, is a proud, long-time Boro fan and would certainly take up the offer once social-distancing rules are relaxed.

Ravanelli scored 33 goals in 52 Middlesbrough games – including a hat-trick on his Prem debut against Liverpool – as Bryan Robson’s side reached the League Cup and FA Cup finals before getting relegated.

Famously the madcap hitman covered his face with his shirt and exposed his honed torso whenever he scored.

The 51-year-old, nicknamed the White Feather, confirmed to the VSI Virtual Pub he used to play darts as a player at The Ship Inn in Saltburn-by-the-Sea.

He said: “Now I know Durrant from Middlesbrough is a fantastic player. Many times I have watched on TV the World Cup of Darts so I know his progress.

“When I was at Juventus I worked on my mentality, I worked hard before and after a game.

“I liked to go for one or two beers maximum with the team. But I didn’t like to drink too much.”

He continued: “My celebration first started with Juventus at Napoli. In the changing room, Marcello Lippi told us we can score in the last few minutes as we have quality players.

“I remember in the last five minute Alessandro Del Piero passed me a fantastic pass. I stopped the ball and shot in the corner of the goal. It was a fantastic goal.

“I celebrated with Lippi and put my T-Shirt over my head. I don’t know why. And after this goal, I continued to do this.”

Ravanelli has committed to return to North East to play in the charity fund-raiser being organised by his former Denmark striker Mikkel Beck.