The cherry (picker) on top! Family hires aerial platform so they can see their relative – who lives in a fourth-floor flat – on her 100th birthday

A creative family hired a cherry picker so they could surprise a 100-year-old relative on her very special birthday – while adhering to lockdown guidelines.

Bob Beauchamp, his daughter Kate and friends, rented the crane so they could reach the window of Winifred Cleaver’s flat in Henbury, Bristol.

They delivered a card and balloons while suspended in the sky outside her building with a crowd of around a hundred people cheering them on below.

The family had originally planned to celebrate Ms Cleaver’s big day on Thursday 21st May at the SS Great Britain, a local tourist attraction. 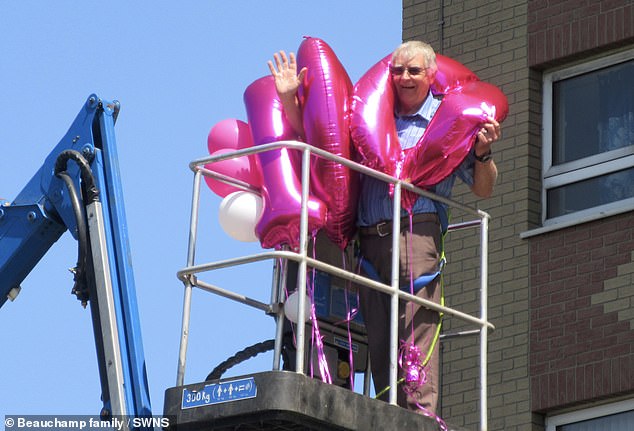 Bob Beauchamp, his daughter Kate and others rented the crane so they could reach the window of relative Winifred Cleaver’s flat in Henbury, Bristol to wish her a happy 100th birthday

However, the outbreak of coronavirus forced them to scrap those plans – leaving them unsure how to celebrate when they couldn’t access her high-rise home.

A friend then jokingly suggested to Kate, 45, that they hire a cherry picker – which the family decided was the perfect idea.

Bob – Ms Cleaver’s nephew – delivered her cards and ‘100’ balloons to her window while other relatives looked on from below.

The family then took it in turns to ride on the machine and pass on their congratulations from a safe distance. 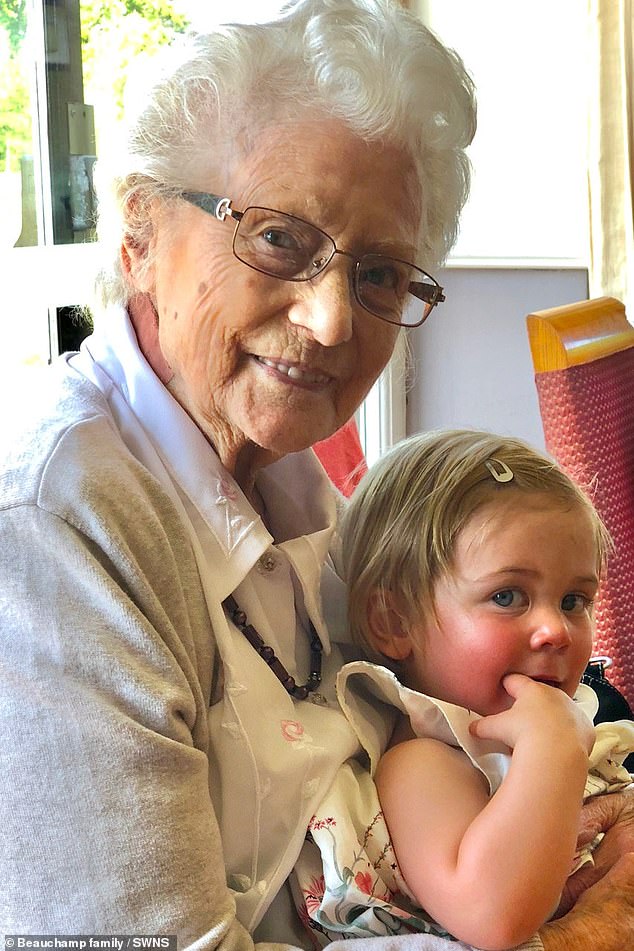 Winifred, affectionately called ‘Win,’ has not left her flat since Christmas. She has only been visited by carers

The local fire service also attended and used its own cherry picker to pass on their best wishes to the centenarian, who is known as Win.

Bob, 69, said: ‘Win is an incredible person. While being hard of hearing and having poor eyesight, she is mentally as agile as ever and fully aware of what is happening in the world.

‘The celebrations continued in the afternoon. It was lovely that the community came together. 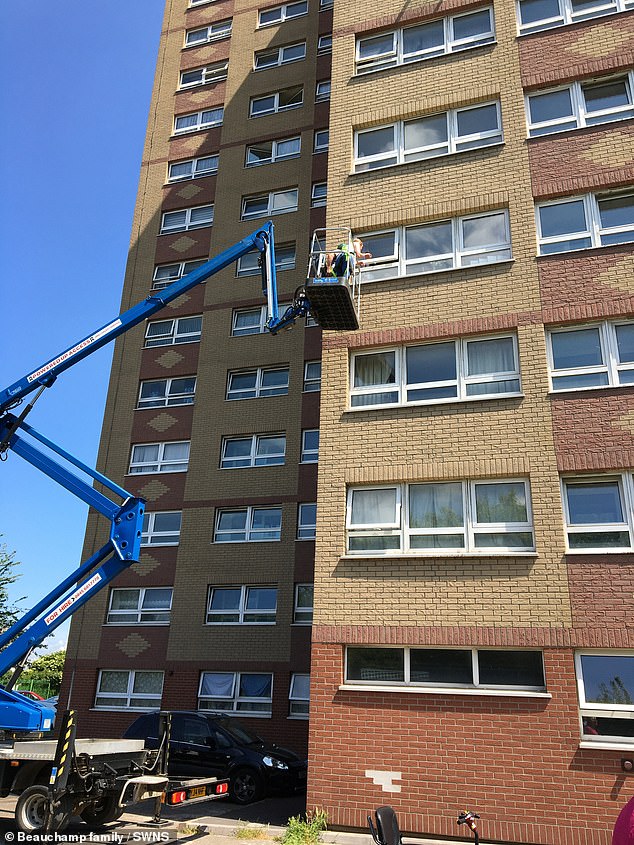 Bob’s daughter Kate explained a friend jokingly suggested the family use a cherry picker to see Winifred, and Kate concluded it was a perfect idea (pictured looking at Winifred’s window)

‘There were something like a hundred of the local residents on the lawn outside to sing “Happy Birthday,” wave flags and listen to recorded WW2 music.’

Kate added: ‘We really wanted to see Win for her birthday and being on the third floor, it had seemed impossible – until a friend gave me the idea for the cherry picker!

‘Except for a hospital visit, Win has not left her flat since she spent Christmas with us.

‘The youngest family member who came to see her was her great-great-nice, aged two. The family spans two to 100! 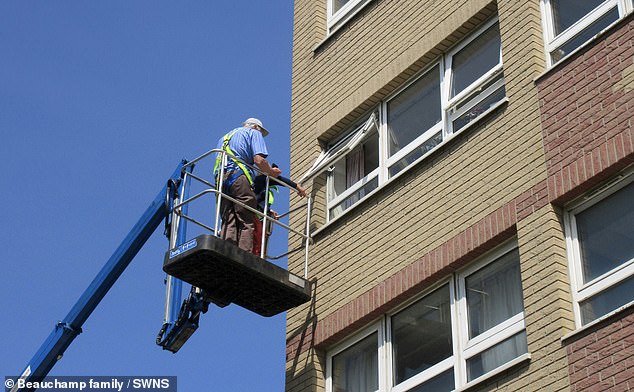 Using the crane, Bob was able to see his aunt on her birthday. Winifred has not left her flat since Christmas

‘We are a close family and Win has always been included in all family events. She is supported to live independently at home by meals on wheels and her carers.

‘She couldn’t believe that everyone had come to see her, let alone any media interest!’

Ms Cleaver never married nor had any children, Bob said, and for the past decade she has lived on her own.