The family of David McAtee, a Black restaurant owner who was allegedly killed by a member of the Kentucky National Guard in June, has filed a wrongful death lawsuit. The lawsuit accuses two Louisville Metro Police Department officers, along with other unnamed officers and members of the Kentucky National Guard, of crimes including wrongful death, assault and battery, excessive use of force and negligence.

The June 1 shooting took place outside McAtee’s barbecue restaurant, hours after the city’s curfew — prompted by protests over the police killings of Black Americans — had gone into effect. The encounter began after authorities asked people at a nearby food mart to leave, according to the complaint and statements from officials cited by CBS affiliate WLKY.

Some of the people at the food mart fled to the kitchen of McAtee’s restaurant, prompting officers to turn off their body cameras and pursue the people indoors while firing pepper balls, the complaint alleges. Officers kept firing pepper balls “even after everyone retreated,” striking McAtee’s niece, the complaint adds, noting that “no individual had used any force toward any law enforcement officer.”

The complaint further alleges that when McAtee looked outside to defend his family and restaurant, with his arm allegedly raised in the air, “multiple defendants immediately unleashed a hale of at least eighteen bullets at [the] restaurant door, striking Mr. McAtee in the chest, and killing him.”

“Less than thirty seconds after David McAtee was cooking a sandwich, he lay dying on his kitchen floor,” the complaint said.

The complaint also claims the officers did not properly announce themselves and that they used deadly force when there was “no threat to their safety.” 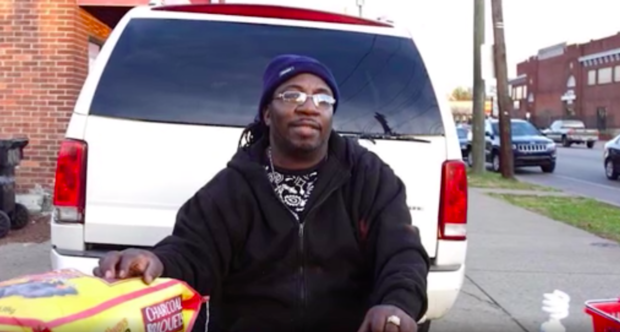 The two named defendants in the suit, Louisville police officers Katie Crews and Allen Austin, did not activate their body cameras and were placed on administrative leave as a result. The city’s mayor fired Police Chief Steve Conrad after learning the cameras had not been activated.

Officials have said both McAtee and officers fired shots, according to WLKY. Acting Police Chief Rob Schroeder said surveillance footage did not show how far McAtee was from officers or where he was aiming at the time he was killed, but officials said the footage appears to show him firing first.

The complaint did not say that McAtee fired at officers, but noted he was carrying a pistol at the time.

It is not clear who killed McAtee. The complaint states that the governor’s office has said he died from a bullet fired by a member of the Kentucky National Guard, but it notes that officials have not yet released the names of the guardsmen who were on the scene.

Kentucky State Police, the National Guard, the FBI and the U.S. Attorney’s Office have all said they will investigate the shooting. On August 4, state officials said their investigation was mostly complete, but did not release any additional information, according to WLKY.

The lawsuit comes less than a week after the city of Louisville agreed to pay $12 million to settle a wrongful death lawsuit filed by the family of Breonna Taylor, a Black emergency medical worker who was fatally shot by police in her home in March.