The clip features the 21-year-old “Old Town Road” artist descending into hell via a stripper pole, where he proceeds to show Satan his best moves. While the video’s end finds the rapper breaking the underworld leader’s neck, that wasn’t enough to quiet viewers who took issue with its demonic imagery.

“Maybe it’s the parent in me, but I’m NOT feeling that new Lil Nas X video … Falling angels and giving Satan a lap dance just doesn’t sit right with my soul,” wrote one critic, with another adding, “@LilNasX entering the fire pits of hell then giving Satan a lap dance ?? What is this man, satanic af !! How don’t people see that the music industry is full of demonic & satanic people , this video is clearly a ritual , gay agenda & clear demonic visuals.”

The rapper also, however, found his fair share of supporters.

“I know ben shapiro is going to lose sleep over a gay black man doing a lap dance on satan, and i’d like to say thank you lil nas for that,” wrote one cheeky supporter. Another shared their own theory on the clip, believing it shouldn’t be taken at face value. 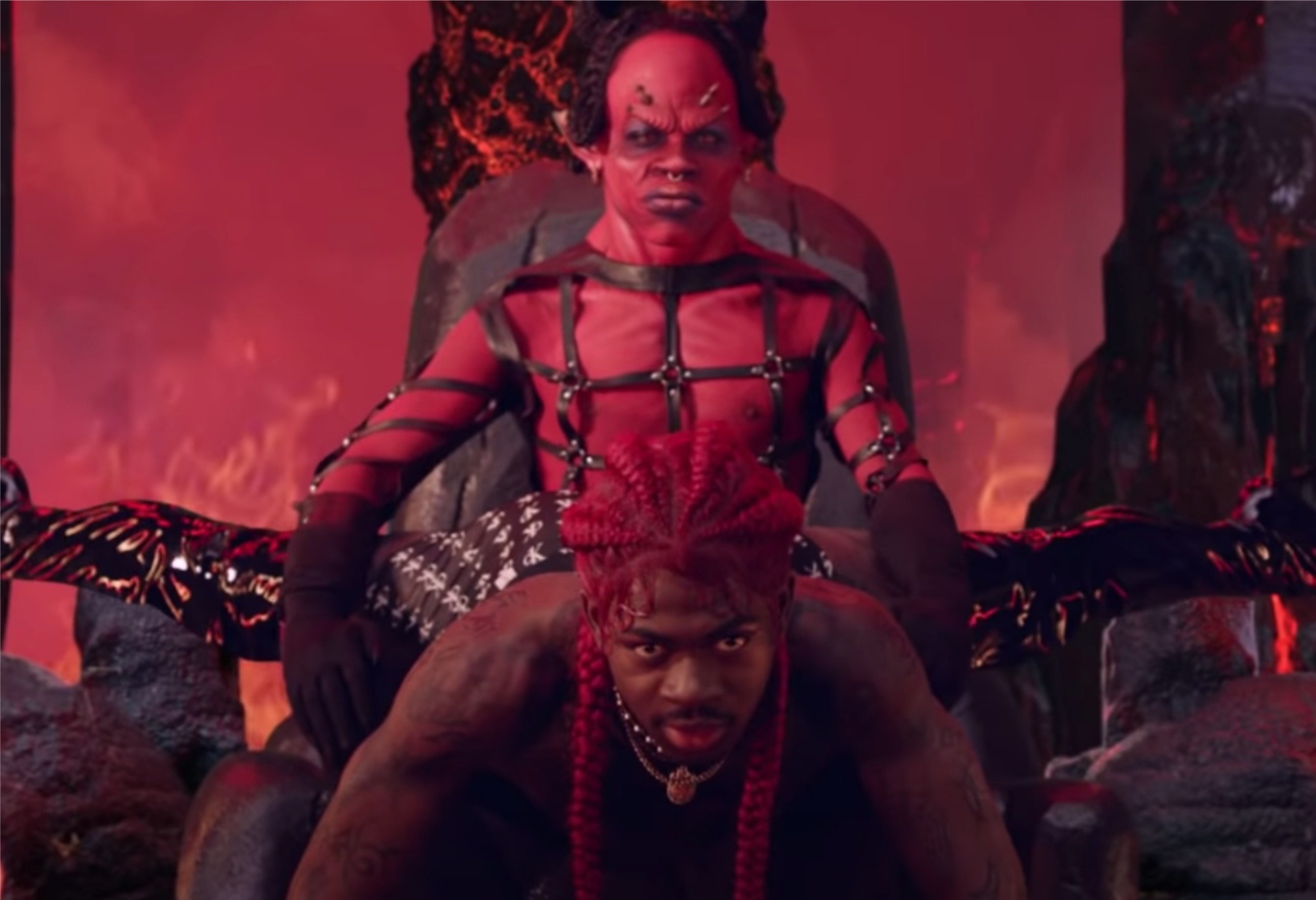 “His descent into hell on a stripper pole while donned in stilettos represents Lil Nas embracing all of who he is & deciding to face his personal demons,” one fan surmised. “Snapping Satan’s neck & taking his horns is representative of Lil Nas shutting out his detractors, embracing who he is & taking control of life.”

The artist himself addressed the controversy Friday, tweeting, “there is a mass shooting every week that our government does nothing to stop. me sliding down a cgi pole isn’t what’s destroying society.”