And fans online joked that he wouldn't make it in the Premier League – because of 'Stoke-ish' conditions. 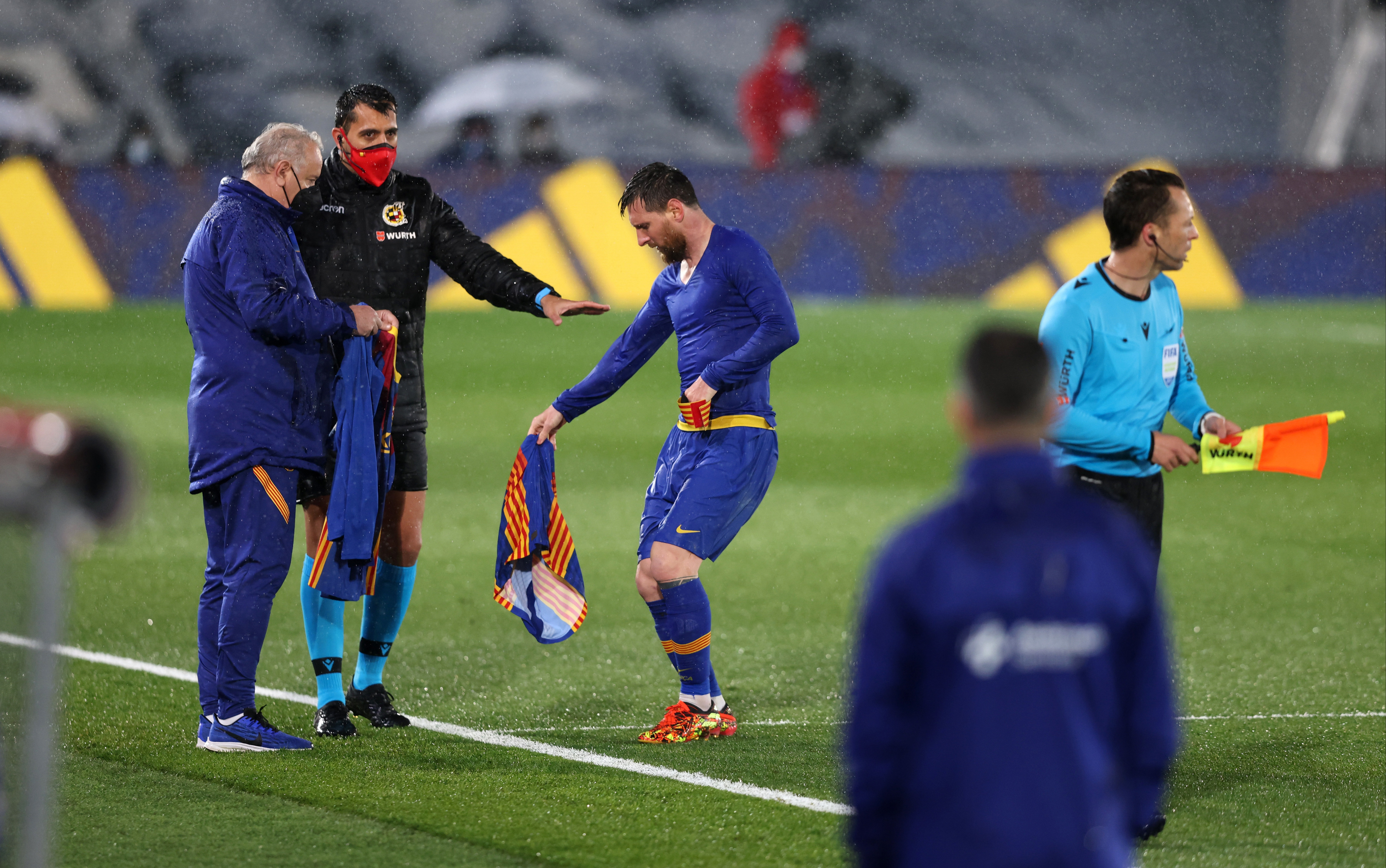 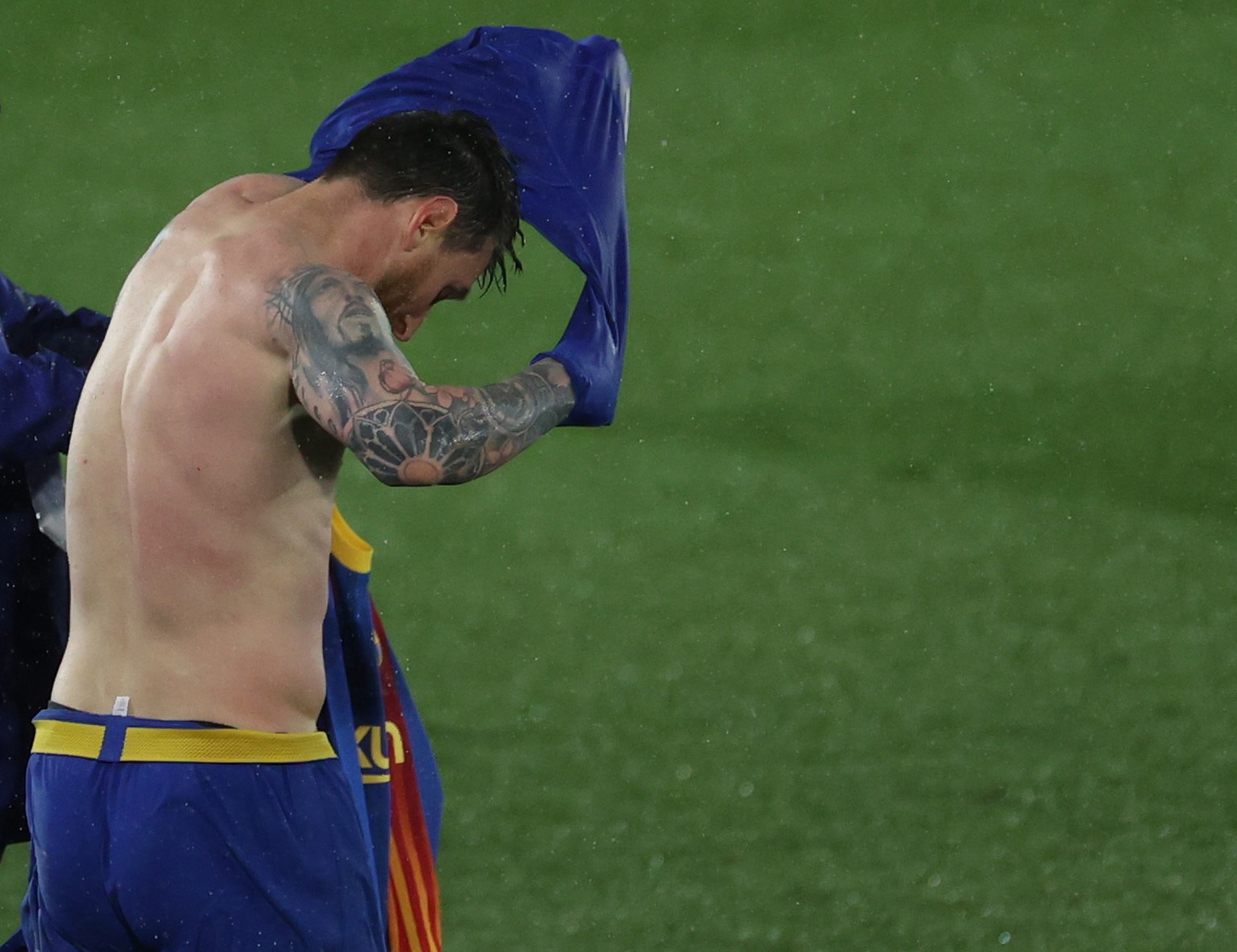 The crunch title clash with Real Madrid was played at Zinedine Zidane's side's Valdebebas training complex, due to work being undertaken on Santiago Bernabeu.

And Alfredo Di Stefano Stadium was besieged by a rain storm of biblical proportions in the second half, even making visibility an issue at times.

Trailing 2-1 with around ten minutes to go, Messi decided he was too uncomfortable in his damp kit, jogging to the touchline to grab a fresh top.

And certain observers mocked his kit-change.

One wrote: "Messi changing shirt because of Stoke-ish conditions. Not sure he would make it in the Prem lads."

While another noted that his new shirt would be equally sodden in no time, writing: "Messi wanted a dry shirt for 40 seconds."

Another took a pop at Manchester United: "No way Messi has more shirt changes (1) than United have won a league title since 2013 (0)."

And a fourth weighed in: "Messi was shivering & changed his shirt in rain, He can never do it on a cold night in stokes." 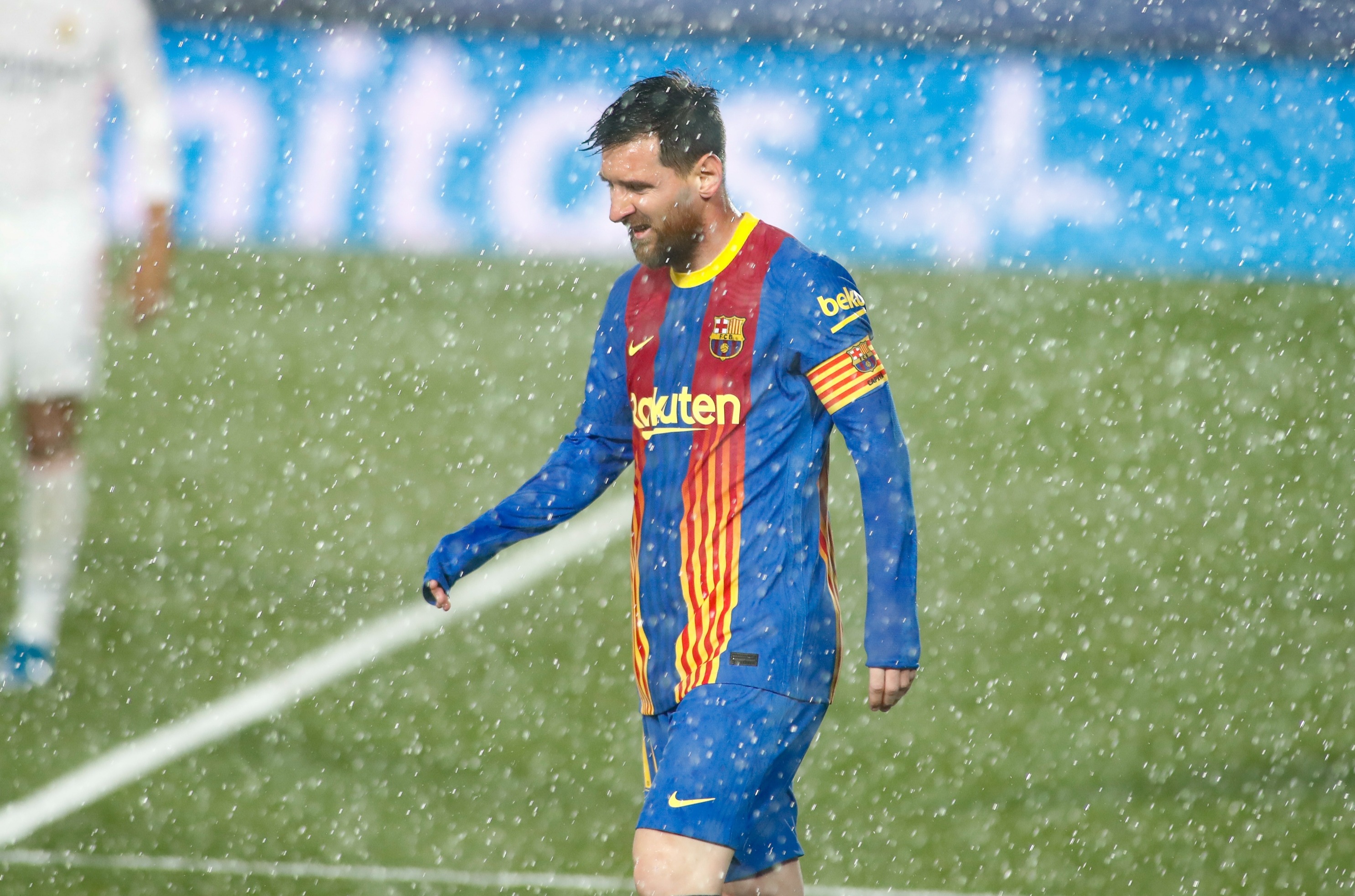 It was to be a night of frustration for the Argentine, 33, as his side somehow lost 2-1 to the reigning champions.

Barca fell behind in the first half to a wonderful Karim Benzema back-heel following a swift counter, before Toni Kroos' heavily deflected free-kick made it 2-0.

Oscar Mingueza's shinned effort got Ronald Koeman's side back into the match on the hour mark, but they couldn't find an equaliser.

Messi had earlier hit the bar from a corner, and the woodwork would be shaken again deep into stoppage time, when Ilaix Moriba's effort cannoned off the upright.

Real Madrid's win saw them leapfrog Atletico on goal different at the top of the table, although Diego Simeone's side could go back ahead tonight when they play Real Betis.

Barcelona, meanwhile, are a point behind going into next weekend's Copa del Rey final against Athletic Bilbao.

Messi will hope to grab his 30th goal of the season against the Basque side, as he aims to win his 35th trophy with Barcelona.