Squid and deep-sea fish dazzle potential predators with a bioluminescent flash of light that allows them to escape, research shows

Squid and deep-sea fish dazzle potential predators with a bioluminescent flash of light that allows them to escape, researchers have found.

Biologists investigated the feeding habits of elephant seals — which traditionally feast on lantern fish and squid that live at great depths in the murky ocean.

To find out how the seals find their prey in the dark, the team attaches GPS trackers and light-detecting sensors to five seals from the Kerguelen Islands in the Antarctic.

They found that the bioluminescent glow of their prey allows the seals to hunt — but that the glowing animals can also use light to their advantage, too. 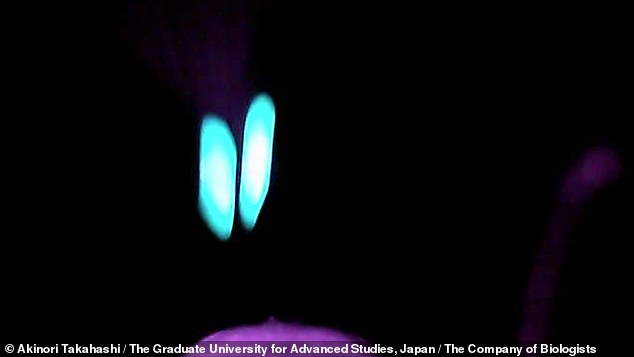 Squid and deep-sea fish dazzle potential predators with a bioluminescent flash of light — pictured in blue — that allows them to escape, researchers have found

‘We know how far [seals] go, for how long, how deep they dive and that they target currents and boundaries between oceans where they find prey in large numbers,’ said paper author and biologist Pauline Goulet, of the University of St Andrews.

‘Bioluminescent organisms are the main source of light — 80 per cent — in waters deeper than 500 metres.’

These animals produce two forms of light — a continual dim glow for camouflage from beneath and dazzling flashes, which experts had thought might used to distract predators.

Ms Goulet and colleagues wondered whether the light would attract the seals to the glowing animals, or instead scare them off.

‘Because the bioluminescent flashes are so short, typically less than a second, the tags required a very fast light sensor,’ Ms Goulet said.

The scientists travelled to the Kerguelen Islands in the Antarctic — which are also known as the Desolation Islands — to attach sensors and GPS trackers to five elephant seal mothers.

When the seals returned two months later, the team retrieved four of the tags and found that most of the animals had embarked on a 1,864-mile (3,000-kilometre) odyssey deep into fish-packed regions of the ocean.

However, one intrepid Argentinian seal circumnavigated Cape Horn — travelling 1,429 miles (2,300 kilometres) before it located fish off the coast of Chile.

Analysing the seals’ movements and scrutinising over 2,000 bioluminescent flashes captured at depths ranging from 259–2.359 feet (79–719 m), the scientists confirmed that the flashing animals were indeed using light to scare off their attackers. 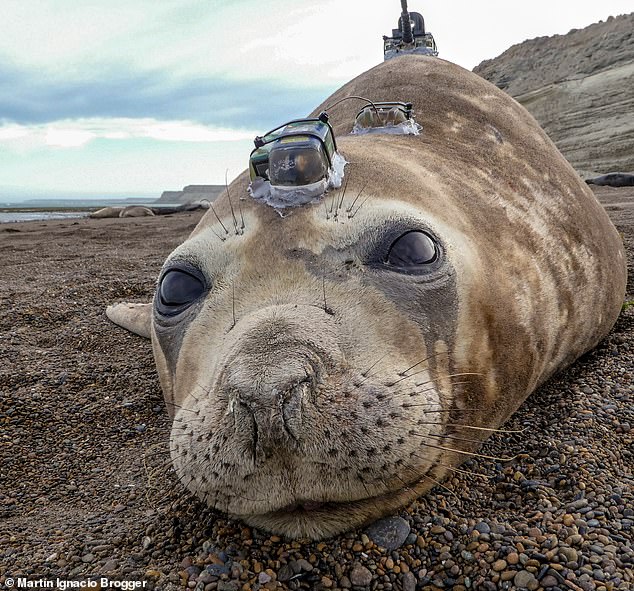 ‘The prey always emits a flash the second the seal launches an attack, which suggests that the flash is a defensive reaction when the prey realises it is being attacked,’ said Ms Goulet.

The seals quickly snapped up any fish that failed to light up — but found it harder to capture prey that lit up unexpectedly.

One crafty seal, however, was seen to turn the tables — tricking the prey into giving themselves away with a subtle twitch of its head that triggered an exposing flash.

‘It seems that bioluminescent fish fight back by attempting to startle their elephant seal pursuers, but their attackers can also learn to exploit their prey’s bioluminescent betrayal,’ Ms Goulet concluded.

The full findings of the study were published in the Journal of Experimental Biology.