A group of Florida teens has reportedly apologized to a restaurant owner after vandalizing the business over its mask policy over the weekend.

Four teenagers were denied entry to Ms. Cheezious in Miami Saturday night for not wearing masks. Once the customers were not allowed into the restaurant, the group smashed a water line, according to video surveillance shared by NBC News.

In the video, the two male parties are seen running away as the water begins to spray all over the sidewalk. The grilled cheese restaurant’s water service reportedly failed after the line was damaged. 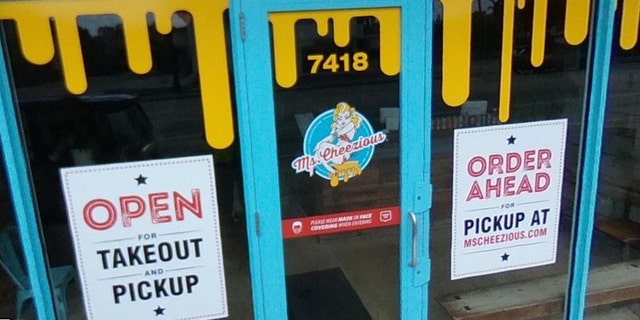 The owner, Brian Mullins, posted surveillance on social media looking for information about the group who had vandalized the building. The postings seem to have been removed.

The story went viral and Mullins was inundated with information.

Mullins reportedly did not have to search long, though, as three of the teens turned themselves in on Sunday. They came to the restaurant and apologized and offered to pay for the damage, NBC News reported.

The owner does not plan to press charges.

"Chalk it up to a life lesson," Mullins said to NBC News, noting the group “genuinely apologized” for the damage they had caused.

A spokesperson for Ms. Cheezious was not immediately available for comment.