In one of the greatest twists of 21st-century science, most it not all terrestrial dinosaurs were found to have boasted feathers. Not only did the discovery shake up the public’s imagination of what the mighty Tyrannosaurus rex looked like, thanks in no small part to Stephen Spielberg’s Jurassic Park, but it also raised questions about other species of ancient beast. In particular, palaeontologists have attempted to find out whether pterosaurs – flying reptiles related to dinosaurs – were feathered as well.

At the time of the discovery, the researchers argued the so-called protofeathers pushed back the origin of feathers by some 70 million years.

The palaeontologists argued pterosaurs had at least four types of feathers: simple hair-like filaments, bundles of filaments, filaments with a tuft and down feathers.

But in a major challenge to the 2018 study, researchers in the UK have examined and refuted the presented evidence. 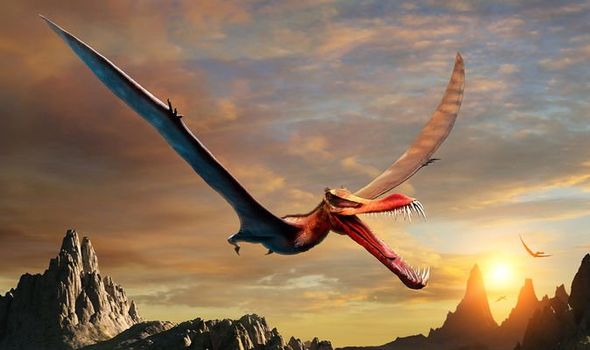 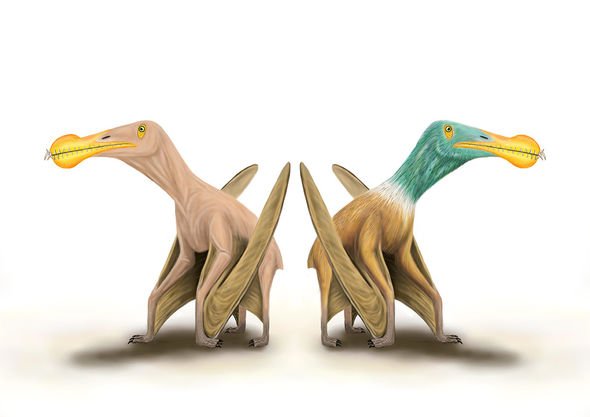 Dr Unwin said: “The idea of feathered pterosaurs goes back to the 19th century but the fossil evidence was then, and still is, very weak.

“Exceptional claims require exceptional evidence – we have the former, but not the latter.”

The palaeontologists presented their refutal in the journal Nature Ecology and Evolution – the same journal the 2018 study was published in.

The fossil evidence was then, and still is, very weak

The pterosaurs were a species of flying reptiles that existed alongside the dinosaurs 2300 to 66 million years ago.

Although they are often dubbed “flying dinosaurs”, they were their own branch of the animal kingdom.

Their name in Greek means wing lizard and pterosaurs are more closely related to birds and dinosaurs than to modern-day reptiles like crocodiles.

And whether or not feathers developed on pterosaurs has some very big implications for palaeontology. 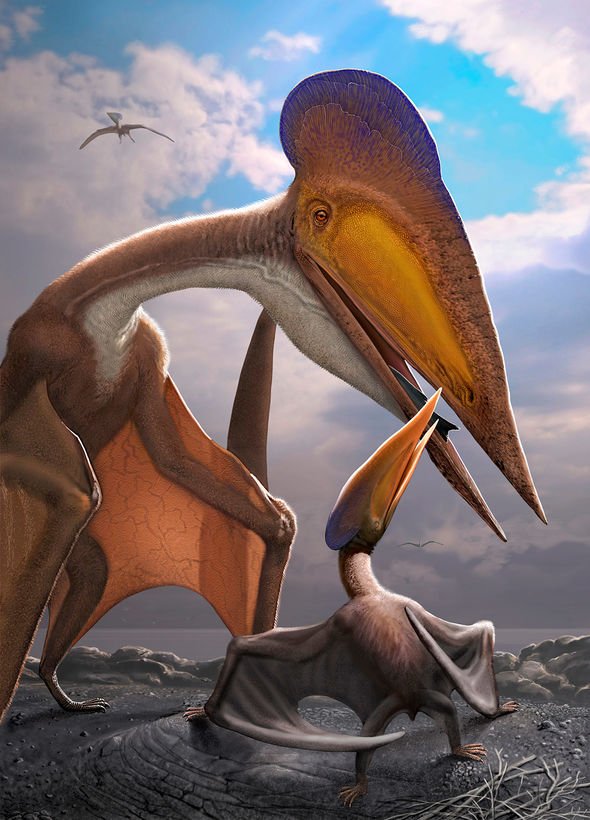 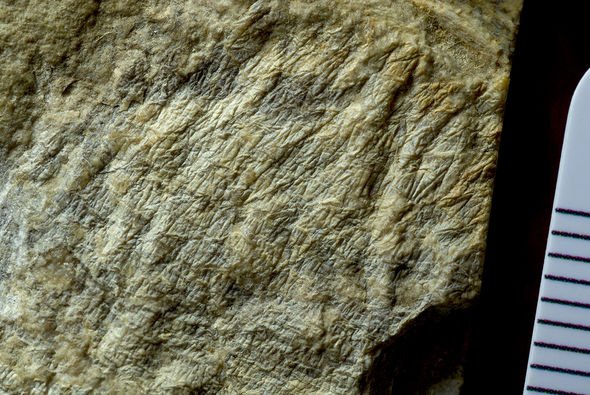 Feathered pterosaurs would imply the very first feathers developed on a shared ancestor, rather than independently on two different groups of animals.

The theory also suggests all dinosaurs started out with feathers or protofeathers, while some groups like sauropods eventually lost them.

This origin theory runs contrary to the presently accepted theory.

The evidence hinges on the discovery of tiny – less than one tenth of a millimetre in diameter – hair-like structures on about 30 pterosaur fossils analysed by Dr Yang and colleagues.

Three of the filament fossils appeared to show signs of branching – a characteristic of protofeathers.

But Dr Unwin and Professor Martill have instead proposed these are tough fibres, which are part of the pterosaur wing membrane.

Professor Martill said: “If they really did have feathers, how did that make them look, and did they exhibit the same fantastic variety of colours exhibited by birds.

“And if they didn’t have feathers, then how did they keep warm at night, what limits did this have on their geographic range, did they stay away from colder northern climes as most reptiles do today. And how did they thermoregulate?

“The clues are so cryptic, that we are still a long way from working out just how these amazing animals worked.”