Appearing on Good Morning Britain via video link from his home in Virginia Water, Surrey, Mr Dennis, 72, explained he had been inspired into action by his anaesthetist daughter, Dr Charlotte Hall, who is unable to work on COVID-19 wards for health reasons but wanted to do something to help her colleagues.

Multimillionaire racing mogul Mr Dennis said the meals will be delivered via courier to intensive care care staff, anaesthetic teams and A&E workers who are unable to leave their clinical areas during shifts. He has donated £1million to the project.

Charlotte, who also appeared via video link, explained that she ‘had to do something from home’ and so enlisted her father to help create the initiative. 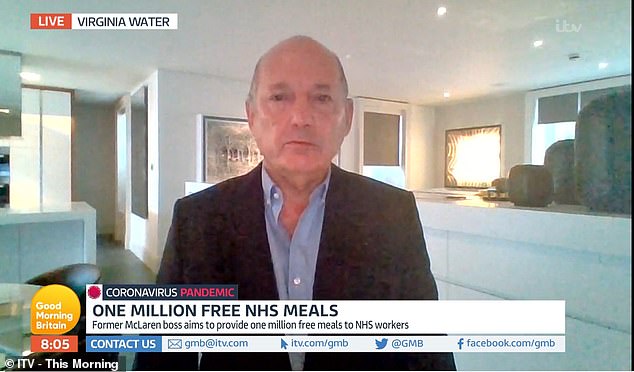 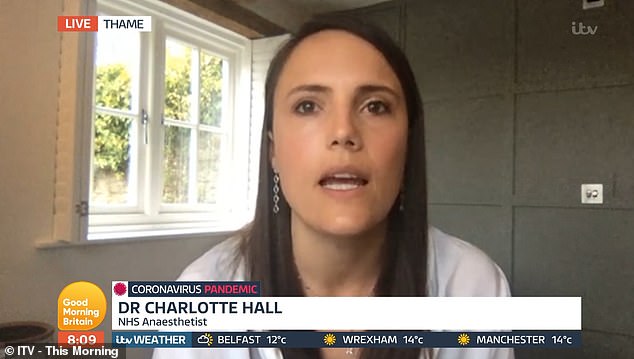 His daugher Dr. Charlotte Hall, explained that she was too high risk to work in the hospital, but knew she ‘had to do something from home’

She said: ‘I’m not actually in the hospital at the moment, but I have constant contact with my peers and colleagues and it is incredibly tough.

‘I’d love to be standing next to them, but I can’t due to health reasons, so I’ve had to do something from home instead, which is why we’ve created this.’

Food deliveries will be carried out by courier Yodel and will go to workers unable to leave their zones during their 12-hour shifts, which is a policy used in all Covid-19 designated hospitals.

Speaking of the initiative, Mr Dennis said: ‘I decided with my children, who are part of my foundation, to really step up to the plate and contact chief executives that I know throughout business. 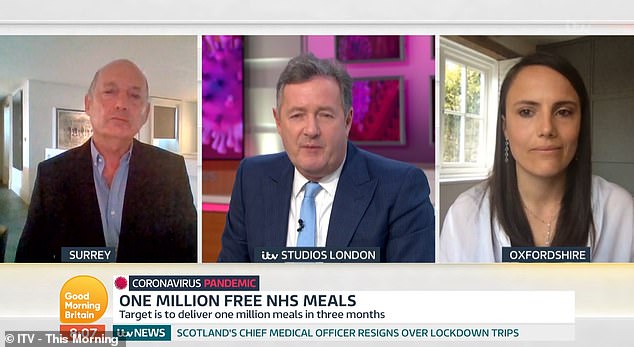 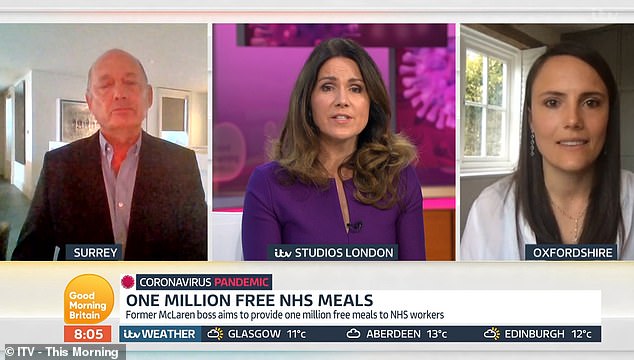 Charlotte told host Susanna Reid she is teaching online classes to other medical staff, as well as enlisting her father to help create the initiative

‘We set a huge target one million meals in three months and and built in ten days one of the biggest infrastructures, with unique abilities.

‘We work with the hospital and identify those who are physically ill, we will be delivering to their doors through Yodel a five day food pack.

‘All of the key frontliners, are clinically held in their areas so they cannot move between normal hospital rooms. They can’t go to the restaurant so we are taking the restaurant to them.

‘We are delivering food to the wards, they are being distributed the NHS charity limited and we’re delivering to a particular point a food dinner pack to take home.’

Charlotte went on to say that doctors are working through ‘unprecedented and uncharted times’. 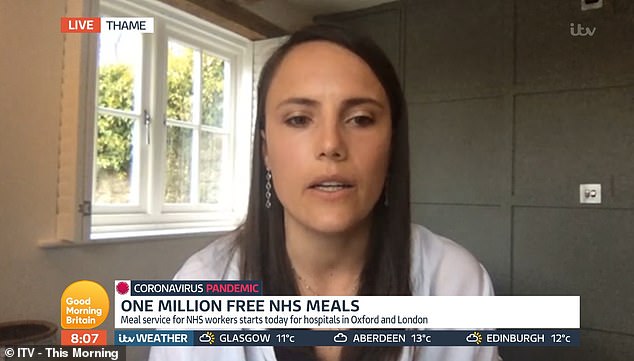 ‘The issues are that this is unprecedented and uncharted time everyone is working incredibly hard.

‘Their hours have increased and they have families and are concerned about their families and we’re taking small things like meal planning away, so they can eat on shift .’

Speaking of her online anesthetist classes she said: ‘All of them go through a period of working through intensive care.

‘Being stuck at home,I had to do something. So I’m teaching a crash course in intensive care through online tutorials.’