Former gang member is named Missouri’s Teacher of the Year

Darrion Cockrell isn’t just a teacher at Crestwood Elementary in the Lindbergh School District in suburban St. Louis — he’s one of the best anywhere. Cockrell — or Mr. DC, as the kids call him — was recently named Missouri’s Teacher of the Year. He is dedicated to teaching kids physical education, but it’s his backstory that helps make his achievement that much more impressive.

Mr. DC says he started at the bottom. In his acceptance speech at the Teacher of the Year Recognition Ceremony in October, he went into detail about his upbringing. “Six-deuce-87 Kitchen Crip gangster. Yup, your 2021 Teacher of the Year used to be in a gang,” he said. 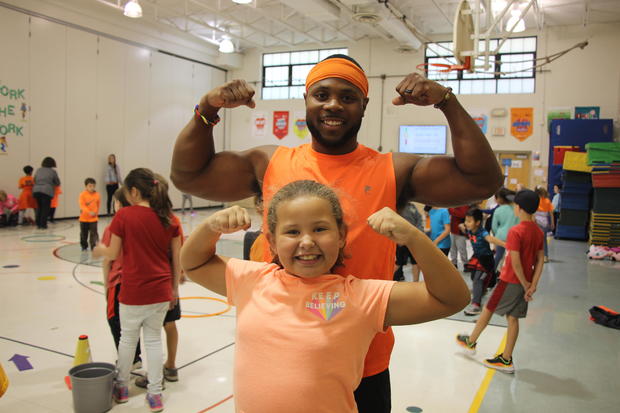 “I was born to a drug-addicted mother who had two of her six kids by the age of 16. My father was murdered when I was 4, and I began my journey in and out of the foster care system not long after my 6th birthday,” he continued.

It was educators who helped him during his difficult childhood. “I had a lot of struggles and a lot of hurdles and if not for those educators, I would not be here today,” he said.

His speech sparked curiosity in his journey, and in November the school district shared more in a video about Mr. DC’s life.

The teacher said growing up in St. Louis as a kid, he hated school and joined a gang at 10 years old. “That was normal life for me. I was going down the wrong path, destined to end up just like my friends — dead or in jail,” he said in the video.

However, two P.E. teachers in particular helped him overcome the odds. He credited the teachers for creating another world for him when the one around him wasn’t going his way. In gym class, he could just be a kid, he said.

Mr. DC said at one point, he lived at a boys’ home near his middle school and he said a worker there named Ken, who looked after him, also made a huge impact on his life.

“Looking back, if it were not for this place, I would not be where I am today.”

In the video, he named several other teachers and adults in his life who helped him overcome the odds. But it was his football coach who ended up adopting him.

“No, I’m not Micahel Oher from ‘The Blindside,’ but I did have dreams of the NFL,” Cockrell said in his acceptance speech, adding that the adoption changed his perspective on life. “When I changed the way I looked at things, the things around me started to change.”

“I had a lot of challenges and a lot of hurdles, and if it were not for those educators who helped me along the way, I wouldn’t be where I am today,” he told CBS affiliate KMOV.

Now, Mr. DC is the educator, and he’s not only trying to teach kids physical education, but about compassion and perseverance.