Freddie Mercury insisted he didn’t want to be compared to John Lennon, calling The Beatles legend “the greatest”. In newly unearthed quotes, the Queen singer shared his heartfelt take on the musician, saying: “I would never like to put myself on any sort of parallel with John Lennon at all because he was just the greatest, as far as I’m concerned.

“It’s not a matter of less talent or more talent, it’s just that certain people are more capable of doing certain things than somebody else, and I just feel that I’m not equipped to do certain things that John Lennon did,” Mercury continued.

“And I don’t think that anybody should, because John Lennon was unique and a one-off, and that’s how it is. I admire John Lennon very much.”

In the book Freddie Mercury: A Life in His Own Words, the Queen legend opened up on his admiration for the Beatle, saying: “John Lennon was larger than life, and an absolute genius.

“Even at a very early stage when they were The Beatles, I always preferred John Lennon’s things,” the Queen frontman said, reflecting on the late Imagine hitmaker’s legacy. 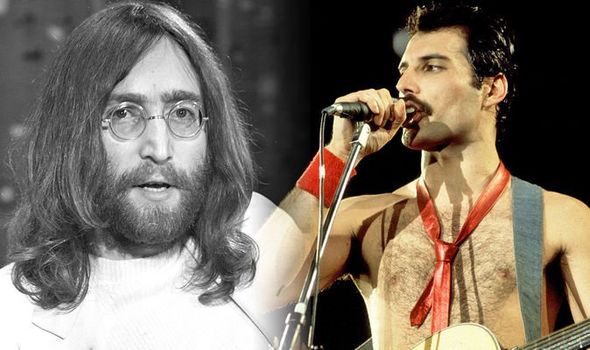 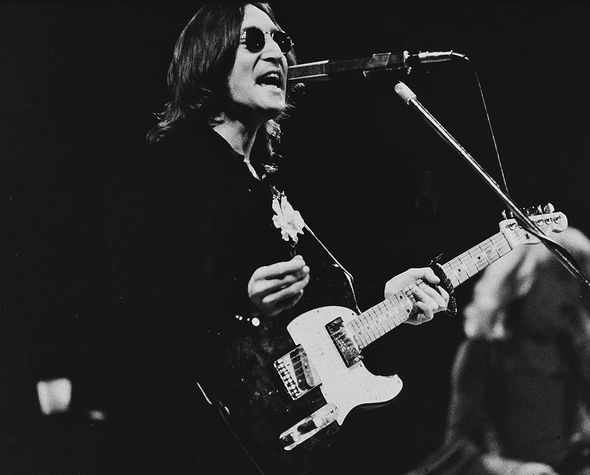 Mercury also recalled his horror at learning of Lennon’s death on December 8, 1980.

The Beatles star was shot and killed by Mark Chapman while returning to his New York home with his wife Yoko Ono.

“When I heard that Lennon was dead, I was shocked and dumbfounded,” Mercury said.

SCROLL TO TEST YOUR KNOWLEDGE IN THE ULTIMATE BEATLES QUIZ… 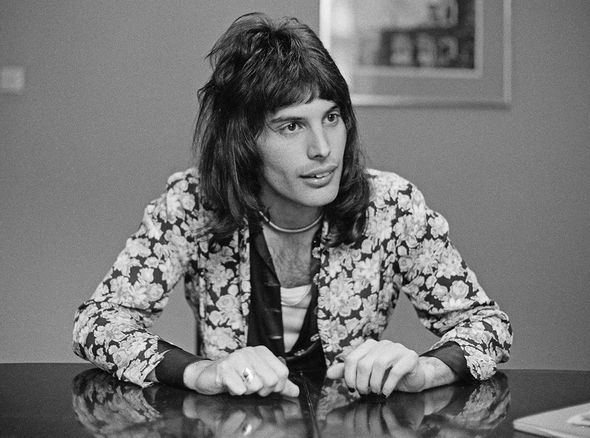 The day after Lennon’s death, Queen performed life at Wembley Arena and took a moment to pay tribute to him with a heart-wrenching rendition of Imagine.

The band’s 1982 album Hot Space also featured a poignant nod to Lennon with an entire song written by Mercury in honour of his idol.

It serves not only as a tribute but also as a pastiche of Lennon’s own tracks.

Queen: Roger Taylor and Brian May on fights in band and John Deacon [INTERVIEW]

Opening with an atmospheric piano, it builds from a stripped-back instrumentation and abstract lyrics The Beatles star himself might’ve admired.

“Guilt stains on my pillow / Blood on my terraces / Torsos in my closet / Shadows from my past,” Mercury croons on the song.

But there’s also a theory lyrics from another track from Hot Space might be a reference to Lennon’s death.

On Put Out the Fire, Mercury sings: “They called him a hero / In the land of the free / But he wouldn’t shake my hand boy / He disappointed me.

Fans have speculated that Put Out the Fire, written by Brian May, is the Queen guitarist’s indirect tribute to Lennon, who was killed by Chapman after he became obsessed with The Beatles star.

Ostensibly, however, it is a statement against guns.

Mercury was diagnosed with AIDS in 1987 and died of bronchopneumia, a complication due to the condition, on November 24, 1991.