GARETH BALE may be keeping himself safe from coronavirus ahead of the new season… but that will not stop him playing his beloved golf.

The Real Madrid forward, 31, took to his Instagram story on Tuesday night to show his 43.1million followers how he's getting his golfing fix. 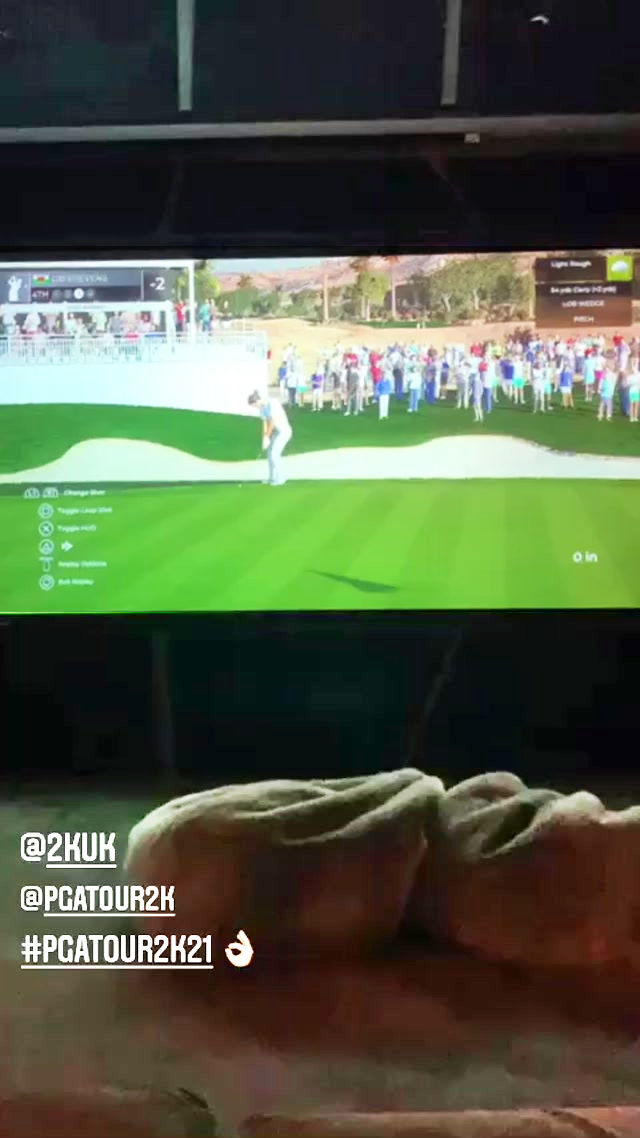 Bale uploaded a video of his own custom player – complete with man bun, a sky blue polo and pale trousers – chipping in from the edge of the green on PGA Tour 2K21.

His Welsh character was already -2 through three holes before the neat pitch from 20 yards secured another birdie.

Bale famously spends plenty of time on the course honing his skills – even when his team-mates crashed out of the Champions League – and poses in training photos as if lining up an 8-iron.

In his grand estate in Glamorgan, Wales he built a three-hole golf course that are replicas of the 12th at Augusta, Royal Troon's Postage Stamp and the tricky par-three 17th at Sawgrass.

The winger came under fire for celebrating a Wales win by holding up a 'Wales. Golf. Madrid. In That Order' banner.

And the popular golf video game – available from the official 2K website for £49.99 – is clearly keeping Bale entertained as he limits social contact with the new campaign getting underway.

However their pre-season friendly with Rayo Vallecano – scheduled for Wednesday – was scrapped as the Segunda Division side awaited a coronavirus test result for one of their players. 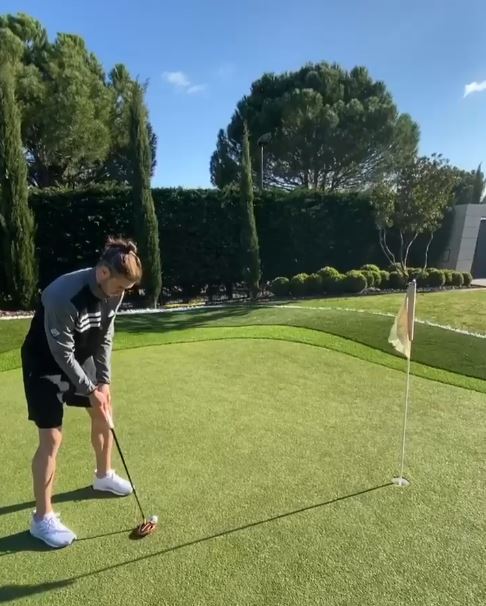 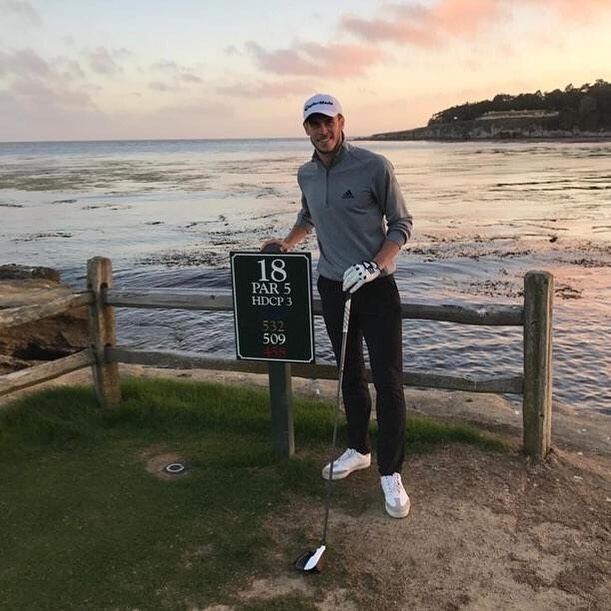 But Bale, who featured for just a combined 100 minutes following the season restart last term, is still unsure where his future lies.

Despite being frozen out by Real boss Zinedine Zidane, he featured for Wales in the Nations League wins over Finland and Bulgaria.

And the ex-Tottenham star says he feels more appreciated with Ryan Giggs' men than the torment he is suffering at the Bernabeu – and would be open to a Premier League return.

Bale said: "It's one of those situations if those options arise it's something I would look at, for sure. We'll see what happens.

The decision [over a transfer] is in Real Madrid's hands. They make things very difficult to be honest.

"We have plenty of time in this transfer window and I guess a couple of others as well. Time will tell.

"It's not really in my hands, the decision is in Real Madrid's hands. They make things very difficult to be honest.

"Whatever goes on at Madrid doesn't really affect me. Everyone knows how passionate I am to play for Wales and how much I love coming away with Wales.

"When I come here I'm very happy, comfortable and feel welcomed. It's nice to be back at a place where you are a little bit more appreciated and supported by your fans no matter what.

"I come here excited to play football and motivated to do well and get back to playing football where I belong."