Home » Lifestyle » Gareth Bale opens up on being booed by 80,000 Real Madrid fans and admits it left him low on confidence

Gareth Bale opens up on being booed by 80,000 Real Madrid fans and admits it left him low on confidence

REAL MADRID star Gareth Bale admits being booed his own fans left him low on confidence.

The Welshman has endured a rocky relationship with the Los Blancos faithful during a turbulent spell at the Bernabeu. 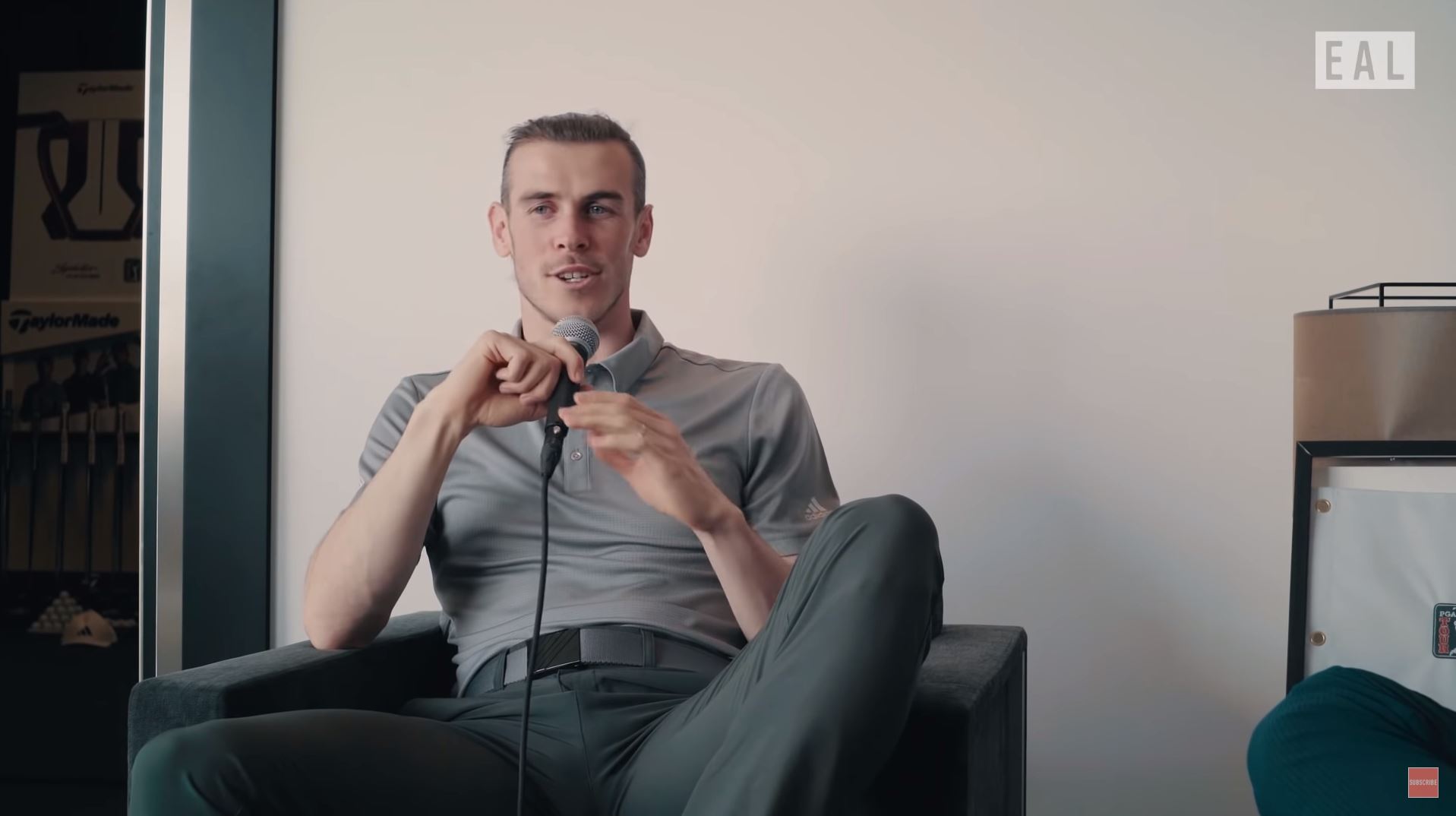 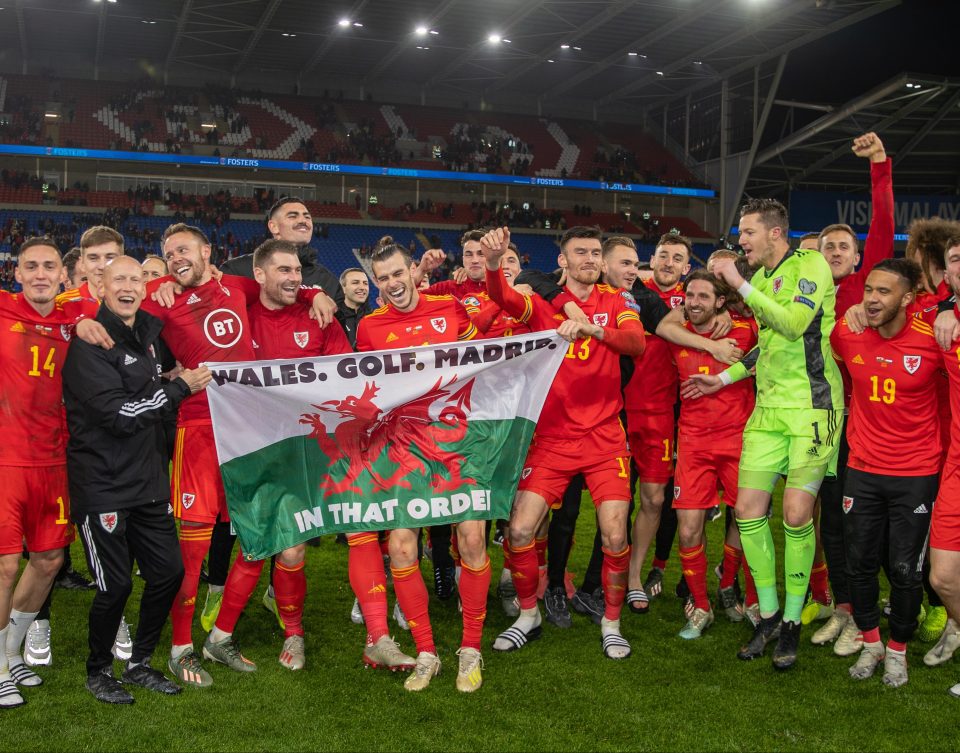 His avid love for golf, failure to learn Spanish and fallings out with boss Zinedine Zidane have all contributed to the deterioration between player and fans.

That is despite winning the Champions League on four occasions, including scoring stunning overhead kick in the final against Liverpool two years ago.

Unlike in England, fans in Spain whistle at their players to show their discontent.

Bale told golf podcast The Erik Anders Lang Show of his experience: "We get a lot of pressure every game. If you don't play well, there's scrutiny.

"I've had 80,000 people in a stadium whistle at me because I haven't played well. I've had it a few times! It's not nice and it doesn't do your confidence any good either.

"This is the biggest question and I just don't get it.

"You would expect that if you're not having a good time on the pitch, your fans would get behind you and try to help you do better because it'll make them happy.

"But it seems that they do the opposite.

They whistle you, which makes you feel worse, you lose your confidence.

"They whistle you, which consequentially makes you feel worse, you lose your confidence, you play worse and then that makes them even more upset."

Bale has been dubbed "The Golfer" by Real team-mates for the amount of time he spends out on the course.

After Wales qualified for Euro 2020, the 31-year-old gleefully paraded a flag bearing the words "Wales. Golf. Madrid. In that order" upsetting fans back home.

In May he struck a golf pose during a photo session with his Real team-mates seemingly mocking those who criticise his hobby.

He added: "A lot of people have problems with me playing golf, I don't know what the reason is,

"I've spoken to doctors and everybody's fine with it."

More recently Bale caused anger at the club by appearing to openly mock Zidane while warming the bench.

During a 2-0 win over Alaves last month, the former Spurs man pretended to fall asleep with a face mask covering his eyes.

A few days later he was at it again, entertaining himself with some makeshift binoculars after again being benched by Zidane.

Bale has been heavily linked with a move away from the club but appears more than happy to pocket his staggering £500,000-a-week wages despite not being part of Zidane's plans.

His agent Jonathan Barnett told BBC Sport: "Gareth is fine. He has two years left on his contract.

"He likes living in Madrid and he is going nowhere. 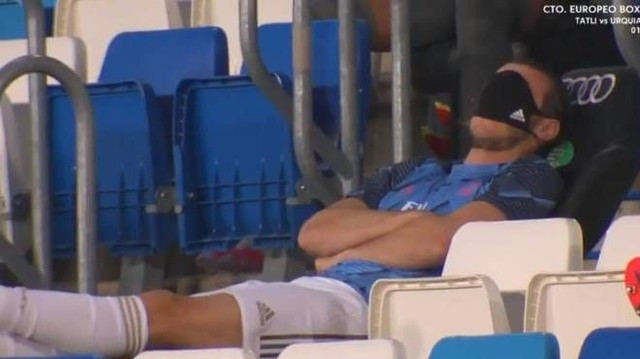 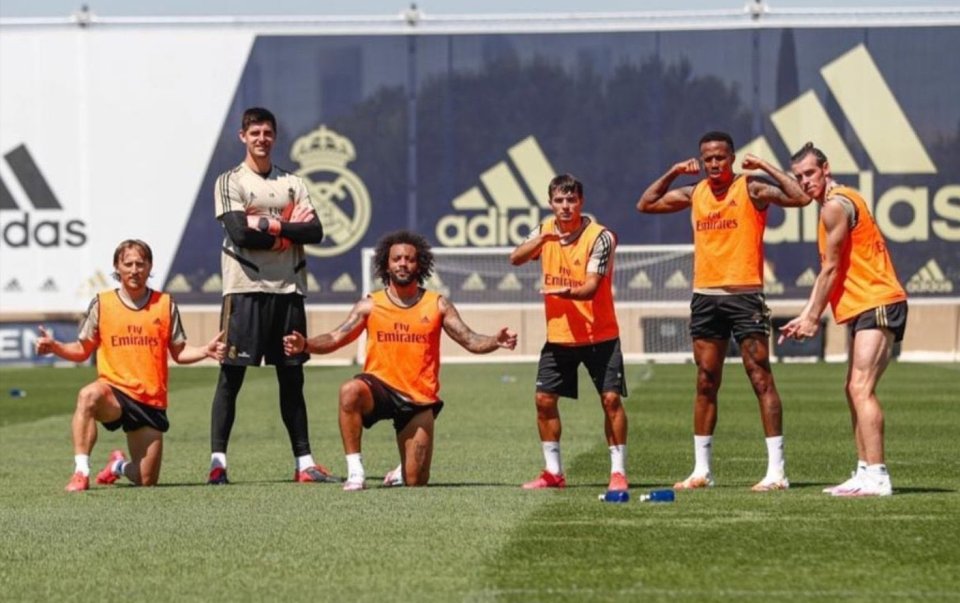 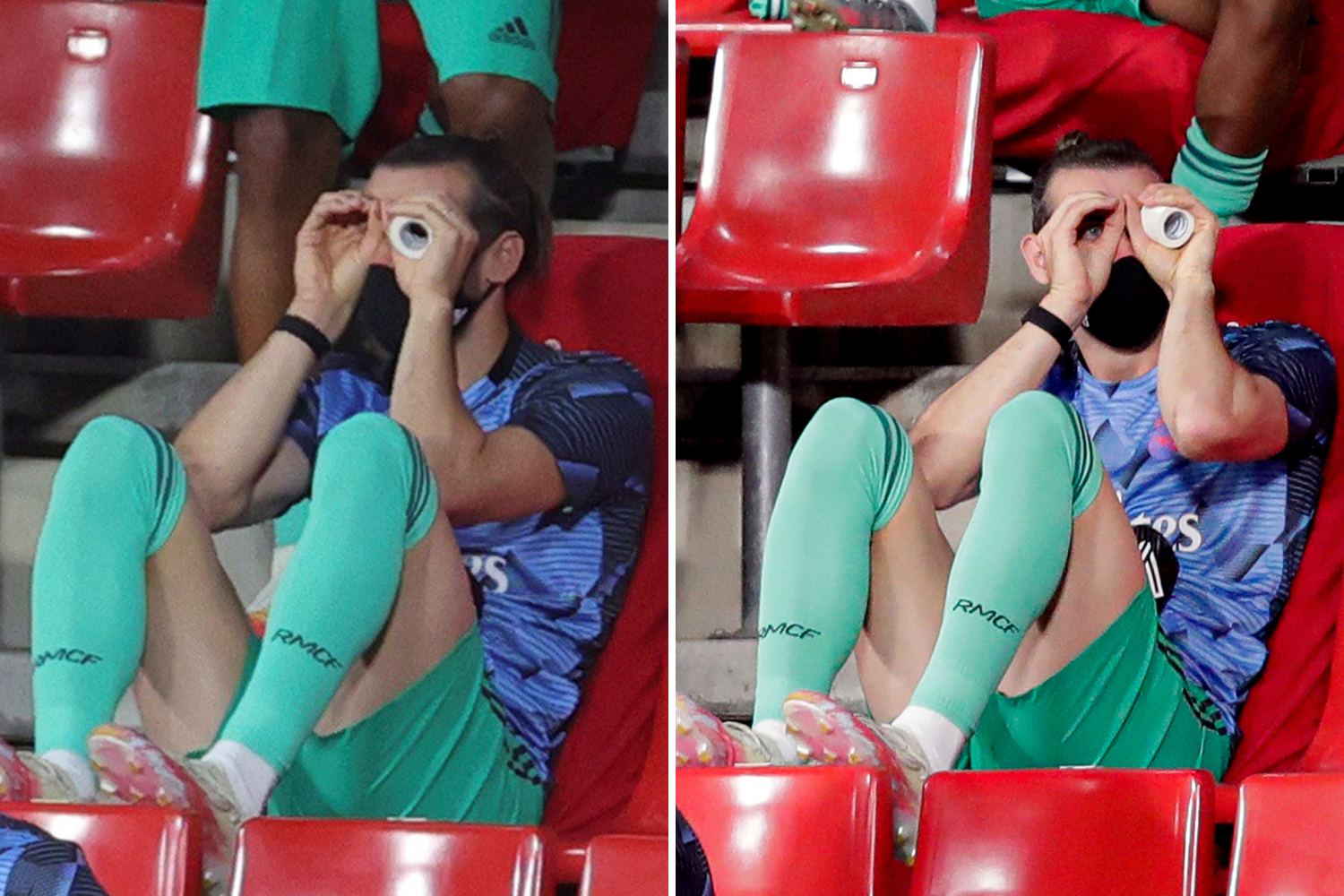 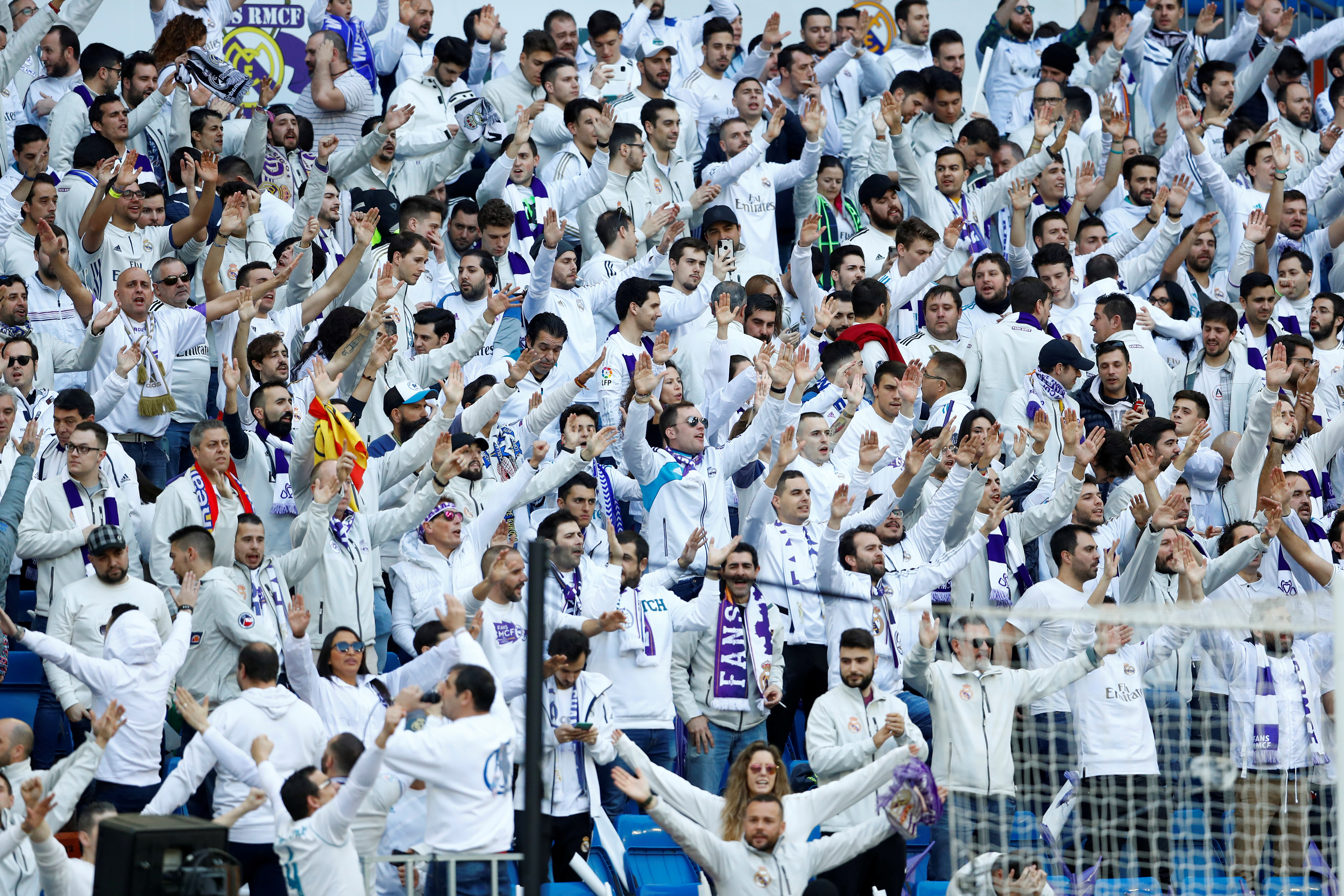 "He is still as good as anyone else in the team. It's up to Zinedine Zidane.

"Of course there's been interest but there's hardly a club in the world which can afford him.

"It's a great loss that he's not in the Real Madrid team at the moment but he will not leave."