The Geminids meteor shower is widely regarded as the best viewing event of the entire year. Stargazers will be able to watch up to 70 shooting meteor shards per hour, and this is how you can watch the meteor shower at home.

The Geminids are usually the strongest meteor shower of the year, according to the Royal Astronomical Society (RAS).

It’s generally visible across the entire northern hemisphere, with the shower reaching its peak this weekend.

Weather conditions are favourable for the meteor shower this year, with estimates of up to 70 meteors each hour.

There won’t be a moon in the sky this evening, which means fewer distractions from the multi-coloured light show. 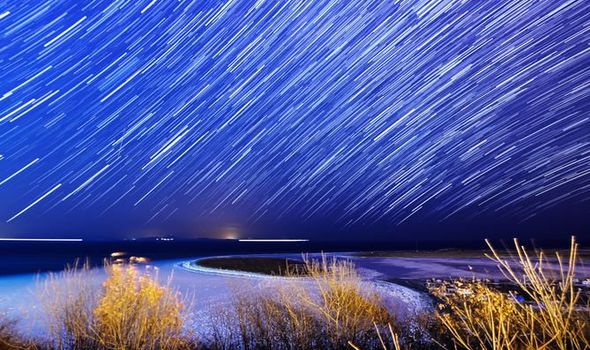 How to see the Geminids meteor shower

Most places in the UK should have some element of the meteor shower visible.

The best time to look upwards is after 10pm, when the radiant will be highest in the southeastern sky.

If you’re hoping to catch sight of the meteor shower, you’re more likely to see them in rural areas, with less light pollution.

But, of course, make sure you stick to Covid tier restrictions, and avoid meeting up in groups of more than six people.

You don’t need any special equipment to see the Geminids, either.

Simply look out your window with the lights off, and look upwards.

If you choose to sit outside to watch the meteor shower, make sure you take warm clothing to avoid the December chill.

Don’t give up if you don’t see any meteors at first! It may be that a large cloud is slowly moving past. 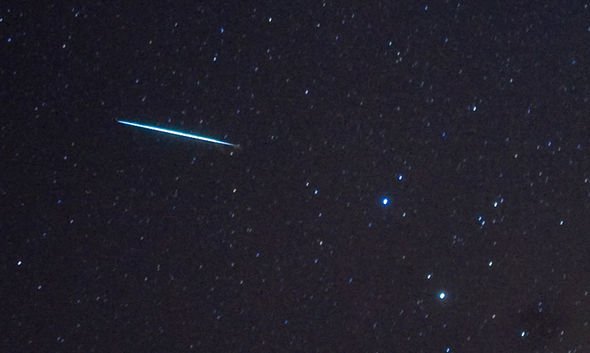 “Meteors in the upcoming shower can appear anywhere in the sky,” said the RAS.

“Their trails appear to originate from a single point [known as the radiant] in the constellation of Gemini, hence the name Geminids.

“These meteors appear to be fairly slow-moving, and can be intensely coloured.

“Prospects for what should be this year’s best display of meteors are particularly good, as there will be no Moon in the sky to interfere with the view.”

The best time to watch the meteor shower is on the evening of December 13.

Between 10pm and midnight provides the best activity, according to the RSA.

But, some meteors may also be visible in the early hours of the morning.

On rarer occasions, you may also be able to spot the meteors later in the week.