Big George clocked the Hayemaker with a jarring uppercut that sent him crashing down for a first time and then followed it up seconds later with a huge hook in the fifth round of the virtual fight. 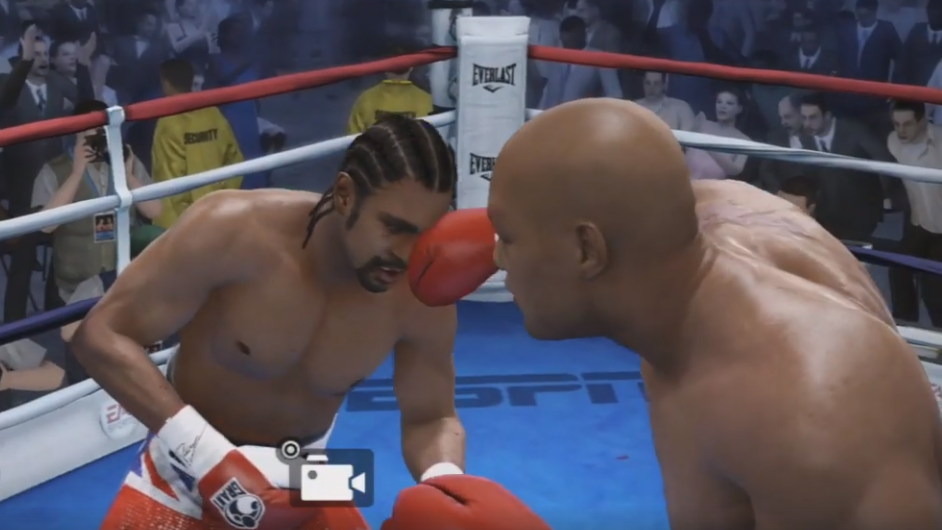 With the coronavirus pandemic keeping everyone indoors, sports fans have adopted new measures to get their fix.

And the WBSS have provided entertainment with a Heavyweight Legends tournament being played out using footage from EA Sports' Fight Night game.

The aim is to determine the best heavyweight of all time by pitting the best of past and present against each other.

But Foreman could fancy his chances of being crowned king after wiping the floor with the former two-weight world champion.

The brutal American came into the fight with 76 wins, 68 by way of knockout.

And he looked like adding another to his tally right away when he rocked Haye with a huge left midway through the first round.

🥊 Watch George Foreman vs David Haye in the last QF of the #eWBSS Heavyweight Legends tournament! 🔥Who are you backing to progress to Saturday's SF against Mike Tyson?#StayHome 🏆 #eAliTrophy

Punches landed thick and fast from both but Foreman clubbed the Londoner with a quick-fire left-right with 25 seconds of the round left.

What looked like being a real slobber-knocker petered out in the second, however, with both fighters opting for more defensive tactics.

Foreman did land an uppercut in the third but it was a massive right from Haye that caught his opponent flush that provided the first knockdown in the fourth.

Just as he looked like regaining a foothold in the fight, though, Haye's world came crashing down courtesy of Foreman's fists.

The Rumble in the Jumble icon clocked Haye with a jab then a monstrous right uppercut put him face down on the mat.

Former WBA king Haye got back to his feet – but for only a matter of seconds.

A huge right hook caught him on the jaw – and he wasn't getting back up.

Some of the 4,000 fans watching live on Facebook were loving the result.

One said: "Might grill a sandwich on my Foreman to celebrate."