By 1970 The Beatles had split and each of the Fab Four had begun their own solo careers. Harrison released a collection of albums in the years that followed and his fifth album, Dark Horse, was one of his most memorable records. Released in 1974, the album received some of the most negative reviews of any Beatle member ever, and was the worst-reviewed album of his entire career. Despite the hate it received, Harrison imbued the record with a lot of emotional insight into the breakdown of his marriage.

In 1972 the beginning of Harrison’s break-up with his first wife, Pattie, began.

The couple were married in 1966 after meeting on the set of The Beatles’ first film, A Hard Day’s Night.

After various bouts of infidelity from Harrison, the pair experienced a rocky relationship which ultimately collapsed between 1972 and 1974.

Dark Horse’s third track, So Sad, was a tribute to the marriage and a direct look into how Harrison was feeling at the time. 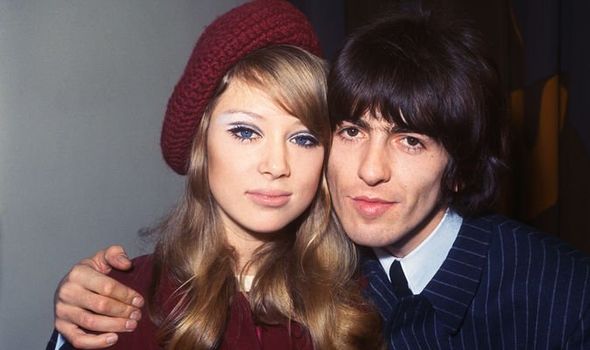 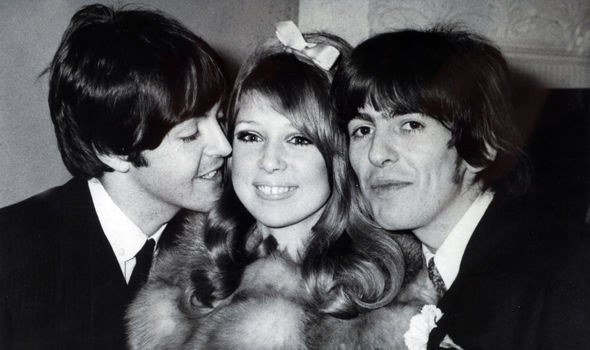 Harrison revealed in his autobiography, I, Me, Mine, how he began writing the song in a hotel room in Manhattan.

Author Ian Inglis later described the track as the star’s first composition to “explicitly address the collapse of his marriage”.

Later in the song, Harrison crooned: “Take the dawn of the day / And give it away / To someone who can fill the part / Of the dream we once held / Now it’s got to be shelved / It’s too late to make a new start.” 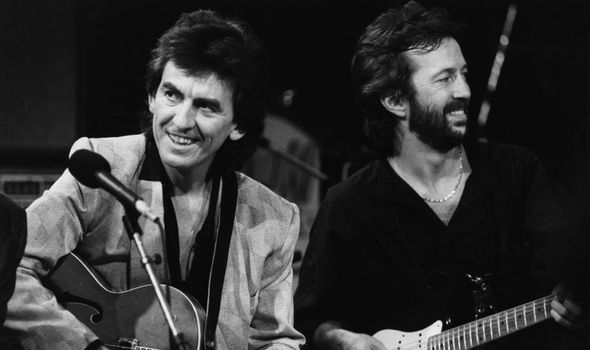 Inglis added that he saw So Sad as “a reflection of the profound sense of loss that Harrison genuinely felt” about his marriage.

Throughout the early 1970s Pattie began a relationship with the singer’s friend Eric Clapton.

After a few years, Pattie agreed to leave Harrison completely to make Clapton her focus.

In 1974 Harrison split with his wife, getting a divorce that same year.

Pattie and her new love went on to get married in 1979, but their relationship didn’t last long either.

In 1987 Pattie left Clapton and the pair were divorced two years later.

The singer penned another touching song in 1980 after John Lennon was murdered.

The star released All Those Years Ago in 1981, a song which included references to his late friend’s songs All You Need Is Love and Imagine.

Included in All Those Years Ago were the lyrics: “But you point the way to the truth when you say / All you need is love.”

He later spoke about his late friend in a TV interview in 1990, saying: “I hadn’t seen him for so long. I didn’t see him for two years anyway, occasionally [I’d] maybe send a postcard, and it’s knowing that he’s on the other end of the telephone if you do want to call.

“That’s the difference. Now you need the big cosmic telephone to speak to him. But I believe that life goes on, and so to me, I can’t get sad.”