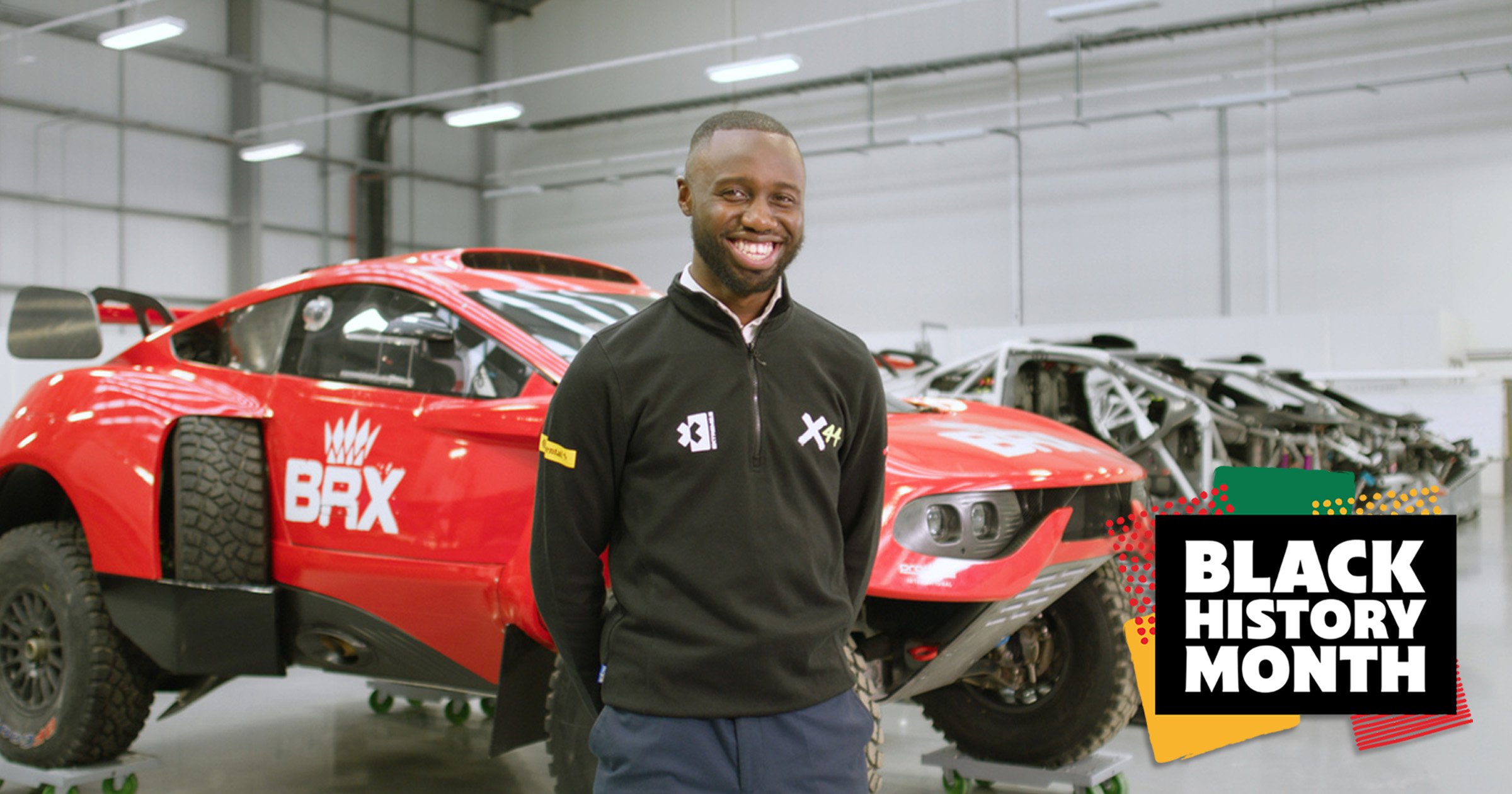 Community is a word that comes up more than once during a conversation with George Imafidon.

Named this year’s Young Engineer of the Year by the Royal Academy of Engineering, George may not be a household name yet – but that could well change.

He currently works alongside a certain Sir Lewis Hamilton on the X44 Extreme E electric racing team, journeying to places around the world to race electric cars on all terrains. It’s part engineering challenge and part climate change awareness mission.

Not bad for a guy who started out fixing up his friends’ bikes in Peckham.

George, like many young Black academics, has had to push harder than most to achieve the success he has. At just 25-years-old, he’s both humble and determined.

‘My mum was focused on instilling me with some great values that she learned from being back home in Nigeria,’ he told Metro.co.uk.

‘Predominantly serving others and the community. That was the main thing. Love your neighbour as yourself. Very simple. Everyone would agree with that.’

George got his start fixing up bikes for friends in Peckham because, as he puts it, many would just leave them to rust ‘because bike shops are expensive.’

This ignited a passion for engineering that saw him landing in the top 1% of students for engineering GCSEs in the country. From there, he went to UCL and, as he says, ‘built a racecar’.

‘I have this doggedness,’ he explains. ‘Perhaps it’s an immigrant thing: a need to make something happen.’

Which was certainly the case when, while working at Rolls-Royce, he saved the company £50 million through a redesign of one of the components of a jet engine.

But time and time again, George said he found himself in places – whether studying or working – where he ‘never saw anyone that looked like me’.

When Lewis Hamilton, arguably the most influential race car driver in the world, came calling – Imafidon thought it was a hoax.

An email landed in his inbox from Lewis (before he was Sir Lewis) in the summer of 2020 and, according to George, he was scoping out the address and the footer and everything he could to make sure it was genuine before downloading the video attachment.

‘When I opened it and I saw him speaking about the work I had been doing, then I knew it was legit,’ George said.

Sir Lewis is, of course, a huge role model and a massive inspiration. ‘He actually wants to shape the industry and make it more representative of the UK. That’s amazing in and of itself but he also wants to make sure the youth voice is there and it’s heard.’

George became the youngest person on the board of The Hamilton Commission, an initiative set up by the seven-time F1 world champion. The commission’s role is to encourage greater representation of black athletes in Formula 1.

Because, as George pointed out, only 1% of employees in Formula 1 are from Black backgrounds.

‘In other fields, that’s just not the case,’ he said.

Alongside his work with ‘big brother’ Hamilton (‘who is also my boss at the same time’), George is forging his own path. He has co-founded an app called Motivez, to help encourage young people from diverse backgrounds to take up a career in STEM.

It is – just like his mother taught him – all about community.

‘Most young black engineers have to temper their ambition with realism,’ George said.

I want to change this and expose them to the industry at large. I want to grow them into changemakers.’

One other crucial way George is helping younger people is by creating awareness for National Engineering Day.

Taking place next month on 2nd November, the national event is run by the Royal Academy of Engineering.

‘Current research tells us that ‘having a positive impact on the lives of others’ is a key career motivator for young people,’ explains the Academy’s website.

‘We also know they want to see how engineers come up with solutions and learn more about the people that are benefiting from the innovation.

‘So, whether it’s a device that makes music tactile or a virus-busting vaccine, clothes that grow with you or a battery that makes any bike electric, the day will make visible the engineers and engineering delivering a small improvement to someone’s day-to-day life as well as helping to tackle the big challenges of our time.’

Helping young Black engineers break through into industries like motorsport is, undoubtedly, one of those challenges.

October marks Black History Month, which reflects on the achievements, cultures and contributions of Black people in the UK and across the globe, as well as educating others about the diverse history of those from African and Caribbean descent.

For more information about the events and celebrations that are taking place this year, visit the official Black History Month website.