It’s the war of the Riveras!

Flashy Fox newsman Geraldo Rivera and his wife, Erica, are at odds over the presidential election, he told Page Six — and their political battle has been played out on their front lawn for all to see.

As he celebrates 50 years on-air, Rivera said he remains extremely loyal to his old pal Donald Trump, although he’s as yet undecided as to who he’s voting for in November.

The two are longtime friends and the president called him on Sept. 3 to mark his milestone TV anniversary.

But Geraldo revealed that Erica and their teenage daughter, Sol, are Democrats — and Erica has even placed a Biden-Harris sign in the front yard of their Ohio home.

Geraldo has responded by putting his own, handwritten sign next to it, with the message “Wife Only. Husband still undecided, leaning to President Trump, but may vote Kanye.”

Rivera, 77, told us exclusively: “There are tensions at home. My wife and daughter are very active and contribute to the Democrats. They put this sign on my lawn and I was horrified!”

Fox Nation just released a special, “I Am Geraldo, 50 Years,” devoted to Rivera. Talking about his lengthy career, he said: “I’ve spent my entire life on TV — it’s been a wild ride.”

“I’m humbled and enormously grateful for everything,” he added. “I’ve lived through 20 generations of TV critics all of whom said I wouldn’t last.” 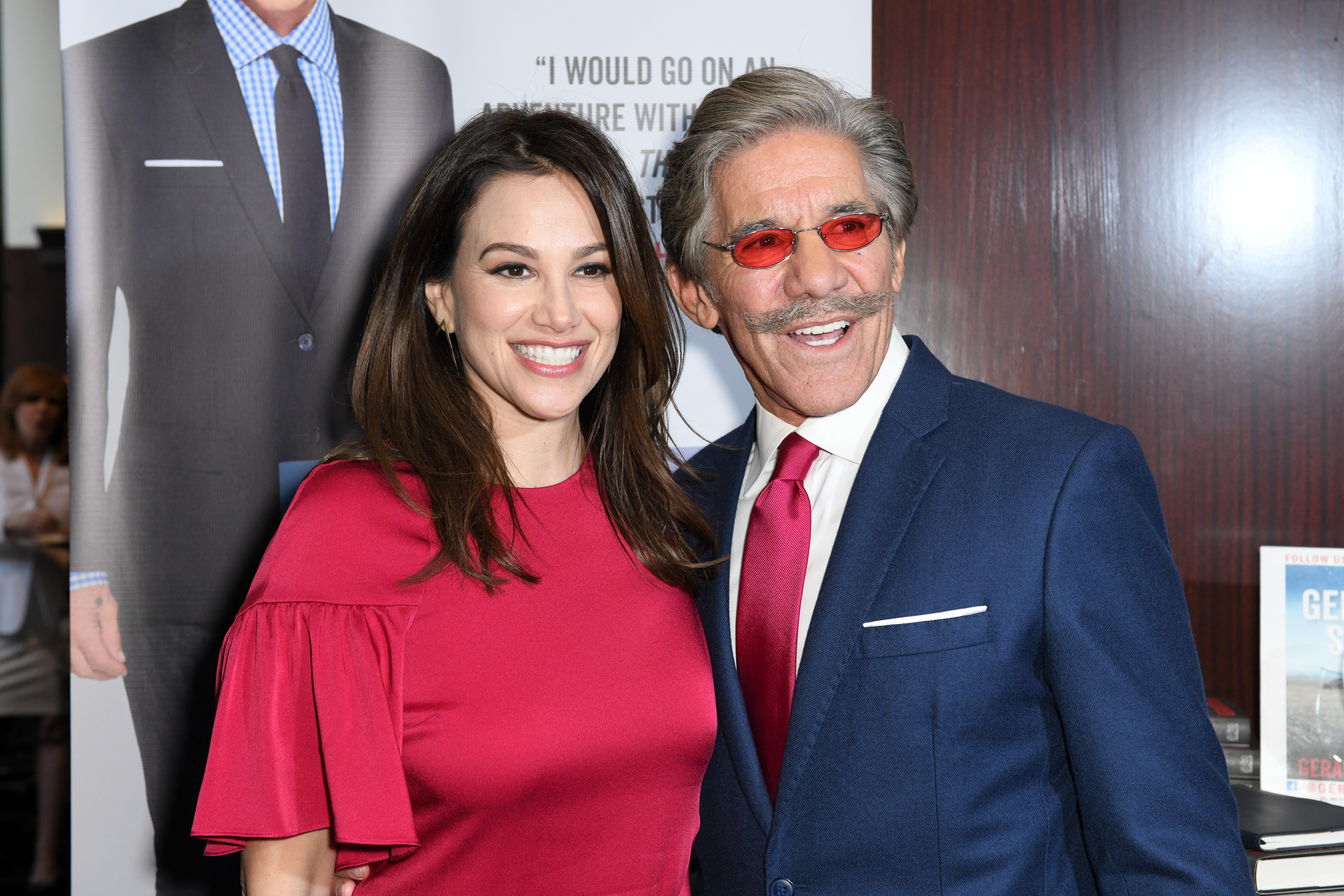 He’s worked through nine presidential administrations from Nixon onward, but said this is the worst year he has ever covered.

“It’s been persistent with all the craziness, from the phony Russia story, to the phony impeachment, partisan doors slammed and then this plague that has affected all of our lives,” he said.

Although he may not agree with all of Trump’s views, the two speak frequently, and Rivera said he has advised the president to surround himself with more diverse faces.

As the son of a Puerto Rican dad who he said “literally came over on a banana boat,” the former talk show host added, “The president is a very polarizing figure and I happen to care for him as a longtime friend. We speak at least once a month.”

Asked how Trump sounded the last time they spoke, he replied, “He sounded totally unperturbed by it all. He was filled with energy and verve and confidence.”

“I know he wishes he had done some things differently in this pandemic — he wants history to regard him as a great president,” he said.

Rivera said that he is “rooting for his success,” though they disagree on issues including abortion, gun control and immigration.

“But he wakes up every day and the world’s best reporters are out to kill him — God forbid he makes a misstep,” he said.

The pair have spoken on the subject of Dreamers and Rivera said: “If you can legitimize them, give them a road to citizenship … they’re already here. They’re in our military and in our colleges.”

Talking about his plans for the future, the dad of five said, “I want to stay vigorous and healthy. I’m blessed to still have my hair and my mustache, which is unshaven since 1968 — it’s older than Erica!”

He added, “I want to do honorable work and be a healer.”