GERARD PIQUE is facing six months out having left the pitch in tears yesterday.

The Barcelona legend limped off with a serious looking right knee injury during the Catalan giants' 1-0 LaLiga defeat at Atletico Madrid. 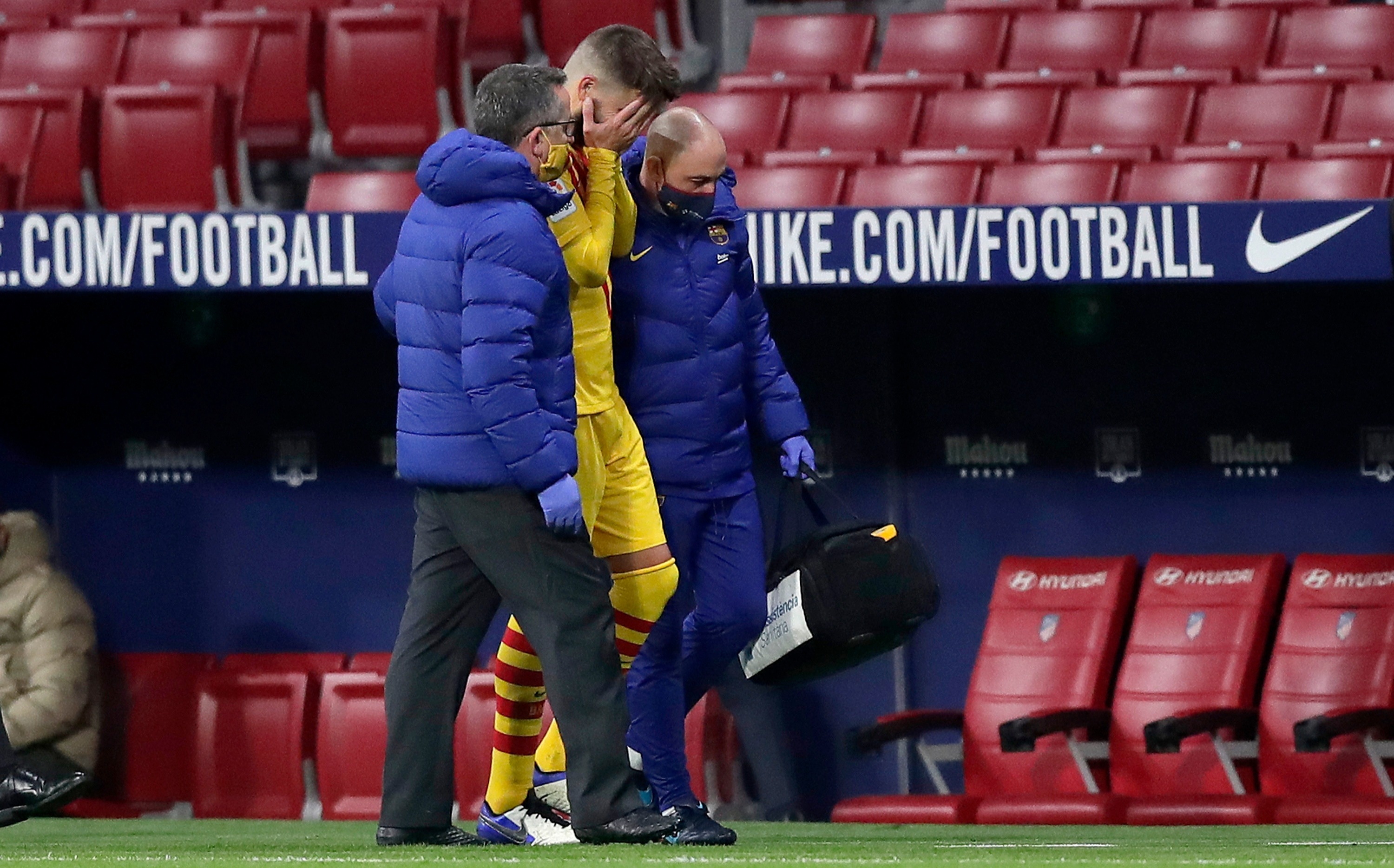 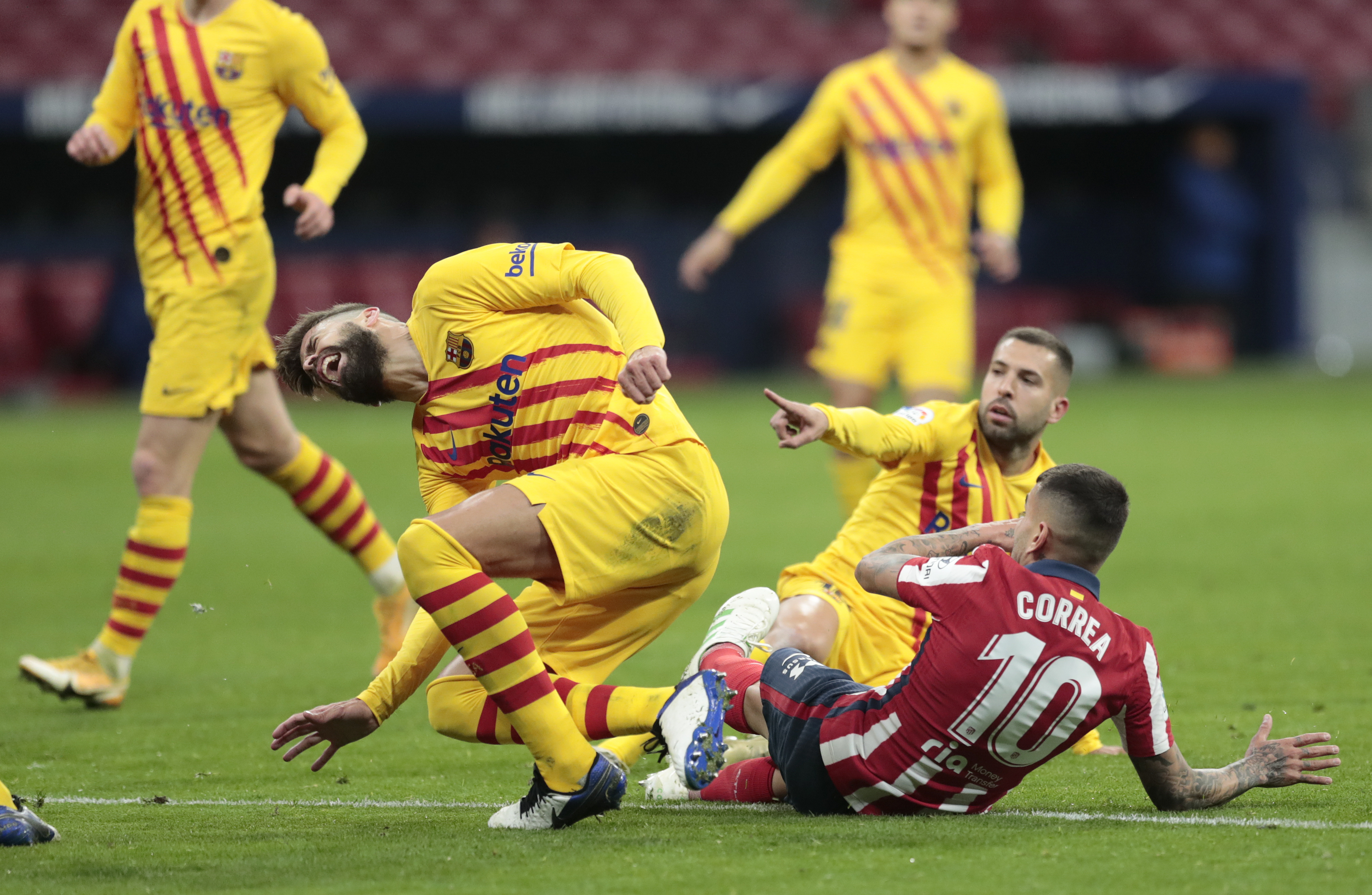 A collision with Atetico's Angel Correa saw the centre-back's knee bend awkwardly and – after treatment – he was helped off the field visibly distressed.

The defeat was crisis stricken Barca's third of the season and it leaves them tenth in LaLiga – nine points behind leaders Real Sociedad – having played just eight games.

And the misery has been compounded for Ronald Koeman's side who now face six months without their defensive leader, according to Spanish outlet Sport.

The Catalans are already missing Ansu Fati and Samuel Umtiti while Sergi Roberto also limped off injured at the Wanda Metropolitano on Saturday.

Yannick Carrasco scored the only goal of the game – pouncing on Marc Andre ter Stegen's mistake in first-half stoppage time.

And things got even worse for Barca and Pique in the second-half when Correa fell on the former Manchester United man's outstretched leg with his full weight leaving the 33-year-old writhing in agony.

Some reports suggest he sustained an anterior cruciate ligament tear but Barca have only described it as a 'knee sprain awaiting further tests' until now.

But it is said the Spanish international will be out until well into the new year.

Koeman was worried for the veteran defender after the game but did not give any detail on the exact nature of the problem.

He said: "'The injuries of Pique and Sergi Roberto are worrying me.

"We look forward to seeing the results after tomorrow to know how long they will be out for."