Home » Lifestyle » ‘Go back to your country’: Chinese international students bashed in CBD

‘Go back to your country’: Chinese international students bashed in CBD

Chinese international students who were bashed by a stranger in Melbourne's CBD say they were told to "get out of our country" by their attacker.

Two female students were walking along Elizabeth Street towards Woolworths about 5.30pm on Wednesday when they were confronted by a woman in her 20s who referenced coronavirus and told the students to "go back to China", according to Nine News. 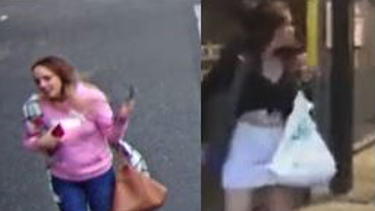 The 18 and 20-year-old Melbourne University students responded to the taunt and were then attacked by one of the women.

Footage shows one of the women grabbing one of the students and punching her repeatedly in the head as the student tries to protect herself, before dragging her to the ground and kneeing and kicking her upper body.

A man attempts to defuse the situation but the attacker picks up an object and approaches the student again as she gets herself off the ground.

"She started saying 'get the f*** out of our country – you don't belong here'," one of the students told Nine News.

"I'm really scared they think it's OK to do [this] to other people," the other student said as she cried.

"Our diversity is one of the great strengths of our community, and violence, abuse or harassment will not be tolerated," she said.

The first female assailant appears to be of caucasian appearance, about 20 years old and approximately 150cm tall with a skinny build and shoulder-length brown hair. She was wearing a dark top and a light-coloured skirt.

The second female offender has shoulder-length blonde hair. She was wearing a pink jacket.

International education is Victoria's largest service export industry. International students, whose fees are heavily relied on by the university sector, created $11.8 billion in export revenue for the state in 2018 and supported almost 80,000 jobs.

The industry is facing an impending crisis in coming years if international students are blocked from entering the country due to border restrictions aimed at protecting Australia from COVID-19.