The multimillionaire owners of coronavirus-stricken nursing home Epping Gardens may have made good money in the past but those days are now over, says Heritage Care chief executive Greg Reeve.

Mr Reeve said the company's 10 nursing homes in NSW and Victoria, including Epping Gardens, were struggling in a tough industry environment, as were most others in the sector. 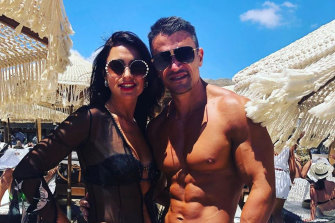 Heritage Care residential aged care owner and managing director Tony Antonopoulos and his wife Stacey, who between them own half the company.Credit:Instagram

"Both directors have injected significant capital into Heritage Care in recent years to refurbish the homes and significantly improve standards," he said, referring to co-owners Tony Antonopoulos and Peter Arvanitis, whose wealth was revealed in The Sunday Age and Sun Herald.

More details have emerged of the lavish lifestyles of Mr Antonopoulos and his wife Stacey, who between them own half the shares in Heritage Care as well as a $10.5 million Canterbury mansion, a Lamborghini, a limited-edition Rolls Royce and other prestige cars.

Both train at aneastern suburbs bodybuilding gym along with Areti Arvanitis, who with husband Peter owns the other half of the nursing home company. Ms Arvanitis is pictured driving a Ferrari home on the Instagram account of the gym's owner. The car is described in the caption as the "perfect leg-day vehicle". 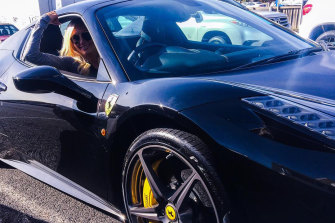 Areti Arvanitis driving a Ferrari described in an Instagram post by her personal trainer as “the perfect leg day vehicle to get home after 3 PB performances”.Credit:Instagram

"Yes, in the past there was money to be made from aged care, but at the moment few people want to invest," Mr Reeve said. "One may well ask why we're in the game. It's because we believe the situation will turn around, and Heritage wants to be a boutique, high-quality provider."

A report from aged care accountant StewartBrown showed that 60 per cent of Australian aged care homes recorded an operating loss in the nine months to March this year because of falling occupancy and rising costs. The aged care royal commission's recent report on funding and finance in the sector referred to the need for a 50 to 100 per cent increase in funding "to increase quality and safety in aged care". 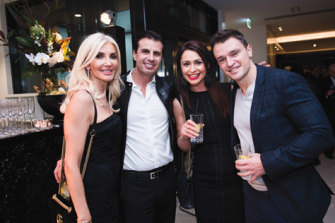 Heritage Care directors and shareholders Areti and Peter Arvanitis, and Stacey and Tony Antonopoulos at the launch of the new Rolls-Royce luxury showroom in Richmond, Melbourne in 2017.

Epping Gardens aged care home is at the centre of a coronavirus outbreak that has hit 130 people according to figures released on Monday. Mr Reeve conceded that a group of staff members had held a "baby shower" at the aged care home and had been stood down as a result, but he insisted that Epping Gardens had been "absolutely, categorically prepared" for the pandemic, with enough training and equipment. 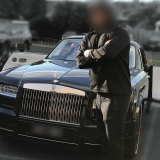 Mr Antonopoulos’s Rolls Royce, described as a Phantom Coupe Zenith Edition, the only one in Australasia and one of fifty in the world. Credit:Instagram

He said he had been calling from early in the pandemic for ill residents to be moved out to hospital based on clinical need, but that "this was opposed by the Department and the Aged Care Quality and Safety Commission as not being the best process".

"The issue was that we could not get access to staff when we needed them, due to the rate of infections, so staff were on sick leave or simply unavailable due to the fear of working in such an environment. That's just the harsh reality."

He also defended the company's actions at its Heritage Botany home in Sydney, which failed all eight assessment standards in an audit in September last year. He said the audit had happened just a short time after Heritage Care had taken over the home from the previous owner, and had since "done an outstanding job recovering".

"It's absolutely clean and we meet all standards and requirements. We've spent a lot of money refurbishing that home," Mr Reeve said.

Health Services Union national president Gerard Hayes said Heritage Care had outsourced its cleaning and catering services in its NSW homes last year and imposed a 20 per cent cut to hours in the Heritage Botany kitchen earlier this year. 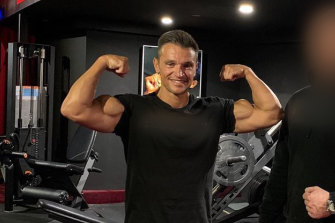 Tony Antonopoulos at the gym.Credit:Instagram

"There's no doubt that the motive was to cut costs," Mr Hayes said. "There was no engagement in that process at all for the workers, some of whom had worked for the organisation and its predecessors for 20 years. And when our members are earning $22 an hour it's pretty galling to see the owners driving around in Maseratis."

Mr Reeve responded, saying the company had cut staff at Heritage Botany because the number of residents, who had been living up to four in a room, was reduced from 170 to 100, making the space more livable but reducing demand from the kitchen.

The company's human resources manager had "always been in touch with the union," he said.

Sean Rooney, the head of aged care industry association LASA, said that after the experience of COVID-19 in Victoria, the response between aged care homes and state and Commonwealth agencies needed to be "planned for and stress tested" nationwide.

"I don't think it's any secret that funding has not kept pace with cost or delivery with aged care or Australians," he said.

As for the owners of Heritage Care, he said: "I don't know that organisation or those people." He said they were not LASA members.