Golf legend Jack Nicklaus said Wednesday that he voted for President Donald Trump, heaping praise on the commander chief while urging Americans to cast their ballots for the president.

The18-time major champion posted his endorsement on Twitter, saying Mr. Trump has been “more diverse than any President” he has seen and helped “people from all walks of life – equally.”

“I have had the privilege over the last 3 1/2 years to get to know our current President a little more as his term has progressed,” he wrote. “I have been very disappointed at what he’s had to put up with from many directions, with that, I have seen a resolve and a determination to do the right thing for our country.”

Get out and vote. I did! pic.twitter.com/IfQb3NeSO3

Nicklaus, who has long been friends and played golf with the president, said he’s learned to look past some of Mr. Trump’s controversial tweets and urged people to focus on what “he’s tried to accomplish.”

“This is not a personality contest; it’s about patriotism, policies and the people they impact,” he wrote. “His love for American and its citizens, and putting his country first, has come through loud and clear. How he has said it has not been important to me.” 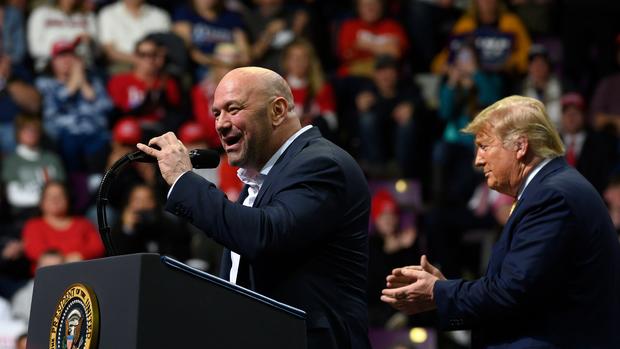 Last year the golfer, considered by many to be the best of all-time, lobbied Mr. Trump to swing more government funding for his mobile children’s hospitals project in Miami, Politico reported. According to the outlet, $20 million toward the hospital was included in the Department of Health and Human Services’s 2020 budget proposal – with Mr. Trump’s support.

Nicklaus has designed golf courses all around the world, including for some of Mr. Trump’s properties. Nicklaus  also voted for him in 2016.