Google down: Search, Gmail and YouTube offline in devastating outage – here’s the latest 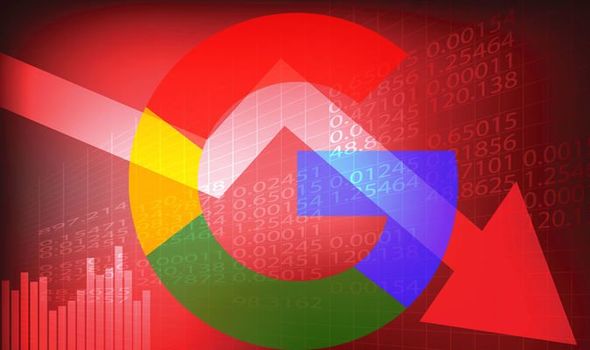 UPDATE TWO – FRIDAY APRIL 16: Google down reports are on the rise once again following an outage earlier this week.

Down Detector today (Friday April 16) has registered big spikes in reported issues with a range of leading Google services – from Google search, to Gmail to Google Drive.

Other popular offerings from the Mountain View firm such as Google Classroom, YouTube and Google Calendar are also allegedly impacted.

However, from the streams of reported issues on Twitter, it appears the latest Google teething troubles are mainly affecting US users.

At the time of writing, downdetector.com has registered a peak of over 2,500 reports of Google down.

The Google Workspace Status Dashboard confirmed the issue around 2.30pm UK time today, classifying the issue as a “service disruption”.

But in the latest update Google has upgraded the Google Drive issues to a full-blown “service outage”.

Google also added: “Our team is continuing to investigate this issue. We will provide an update by 12/04/2021 17:00 with more information about this problem. Thank you for your patience. The affected users are able to access Google Drive, but are seeing error messages, high latency, and/or other unexpected behaviour.”

ORIGINAL: There is a major issue with Google Drive and Google Docs for thousands of Google fans in the UK, Europe and United States.

Independent outage monitor Down Detector has registered a spike in reports about a Google Drive, Google and Google Classroom not working right now. These reports are being shared widely on social media, with Down Detector clocking thousands of users moaning about the problems every minute.

At the time of writing, Down Detector has registered a peak of more than 5,000 reports of Google Drive problems alone – with the vast majority of reported issues to do with app problems.

Google has confirmed that it is aware of the issues and a fix is on the way. However, if you can’t wait for the patch to be rolled out worldwide, there is a workaround that should help you use Google Docs are usual in the meantime.

One disappointed Google user tweeted: “Come on, Google Docs. I got work to do, bro,” while another posted: “Google Drive not letting me open new docs I’m scared”.

One added: “@GoogleForEdu Are there issues with the Google Classroom today? I cannot post any assignments with attached Google docs or slides (and I am the owner of these documents). Please advise.”

The main issue that seems to be affecting Google Docs user is creating a new document, which brings up an error screen that says: “Google Docs encountered an error. Please try reloading this page, or come back in a few minutes.”

When the reported issues with Google Docs first hit the official Google Workspace Status Dashboard originally said all systems were running as normal. However, this has now been updated to say a range of Google services – Google Docs, Google Drive, Google Sheets and Google Slides – have been hit with service disruption.

Speaking about the Google Drive issue, Google has shared an update on its Status website that reads: “We’re investigating reports of an issue with Google Drive. 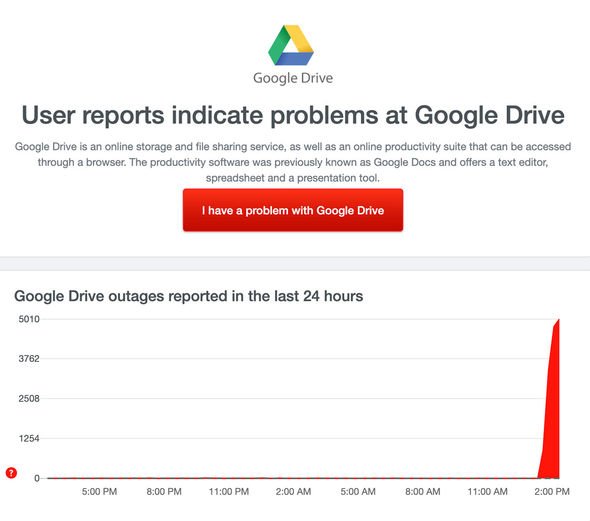 “We will provide more information shortly. The affected users are able to access Google Drive, but are seeing error messages, high latency, and/or other unexpected behavior. Affected user are unable to create new documents.”

While the official Google Workspace Twitter account has also replied to a Google Docs user affected by service issues today. Replying to one affected user the @GoogleWorkspace Twitter wrote: “Please rest assured that our Support Team is already aware of this issue and investigating this.

“Please keep an eye on the Status Dashboard for further updates”.