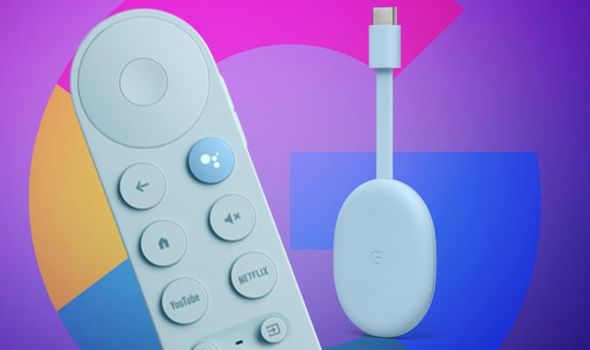 Why does that matter? Well, the HDMI dongle, which plugs into the back of your telly to bring a host of smart features and apps, keeps tabs on your viewing habits to make recommendations. So, if you’ve been bingeing on soaps on ITV Hub and BBC iPlayer, chances are, Google will suggest that you tackle House And Away, or Desperate Housewives. Likewise, if you’ve been enjoying playing games like Crossy Road on the big screen, then Google TV will make some new suggestions with similar gameplay. The only issue is when an entire household is sharing the same Chromecast – with no profiles, everyone’s habits get bundled together.

Given that Google TV, which has a prominent For You tab at the top of the user interface and is being touted as “entertainment you love, with a little help from Google,” by the Californian company, it seems a little weird that you’ll have to wade through everyone else’s recommendations before you get to a new show or movie that Google thinks you’d like. Worst of all, none of these suggestions will be labelled because the Chromecast with Google TV doesn’t realise that multiple people are using the same dongle, so looking through the For You tab, it’ll be unclear whether the algorithm thinks you’d enjoy The Haunting Of Hill House on Netflix – or whether that show is only being recommended because of something another family member binged last week.

With streaming services and catch-up platforms like Netflix, Amazon Prime and BBC iPlayer adding profiles for each viewer in order to hone their ability to recommend new shows, movies and pick-up where you left off watching on another device… Google TV feels a little behind the curve here. And it seems Google agrees.

The official social media account for the Google Nest hardware team replied to a comment from Android fan Rob Brennan about the lack of profiles. Brennan posted: “@googlenesthelp hey, it looks like your Chromecast with Google TV devices don’t support multiple users. This seems odd considering the personalised feed is the main feature. Will multi user support come in a future update?”

The Google Nest account replied: “Hi Rob, thanks for reaching out. Regarding multiple user profiles in Chromecast with Google TV, not at this time, but it’s top of mind for us. We are unable to share details on our road-map. Stay tuned to our social media channels for news and updates.”

Another Twitter user, who claims to have bought the Chromecast with Google TV, jumped into the conversation to add: “Received my Google TV device today, but it’s a nonstarter in our house until it supports separate profiles. Disappointing that the screen shots shared make it look like it’s possible to toggle users (by virtue of the account icon in the upper right of the screen.)”

The Google Nest account replied: “Hey Matthew, thanks for the tweet — using multiple users via Chromecast with Google TV isn’t supported. We’re always looking for ways to improve and we’ll take this as feedback. Stay tuned on our social channels for updates and announcements!”

While neither of these posts contain outright confirmation that Google is working to bring support for multiple profiles to the new Chromecast, it seems very likely we’ll see this new feature added to the software sooner rather than later. That makes sense, after all, Google already offers a huge amount of personalisation with its other smart home products – from voice recognition on its Google Nest smart speakers, to Google Nest Hub Max being able to recognise your face to display the correct calendar appointments and understand exactly which contact you’re looking for when you say something like “Call Mum”.

Being able to use the new voice-control remote that ships with the Chromecast with Google TV to ask to “continue watching my movie”, or “show my recommendations” would be an incredibly useful feature. Unfortunately, it’s one that’s not available with the new Chromecast right now.

For those who missed the announcement at the end of last month, Chromecast with Google TV is a complete overhaul of the Chromecast product line. While it keeps the same “Chromecast” branding and Hockey Puck-esque design, those are the only similarity with its predecessor. The upgraded streaming dongle, which plugs into the HDMI and USB ports on back of your telly, now ships with a remote control. Yes, that’s right – after years of forcing Chromecast owners to pull out their smartphones each time they need to pause their show, or skip to the next episode, Google has included the “most requested feature – a remote.” 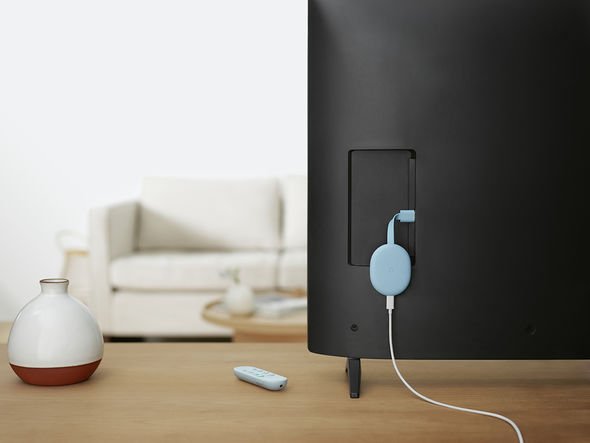 Just like the remote you’ll find bundled with Amazon Fire TV, Roku Streaming Stick, Nvidia Shield, and Apple TV, the remote control has a built-in microphone to summon a voice assistant. In this instance, it’s the Google Assistant. Pressing the button will allow viewers to ask the chatty AI for recommendations of new shows to watch, searches for new games to play on the Chromecast, trivia on favourite actors and more.

Of course, Google Assistant isn’t only limited to Chromecast-themed questions. You’ll still be able to ask the virtual assistant to tell you the latest headlines and weather reports, as well as solve any complicated maths equations, track your latest takeaway order, and bring-up a live video feed from your Nest smart doorbell when a knock rudely interrupts your Friday night movie marathon.

The remote control also ships with dedicated shortcuts to YouTube and Netflix – so you’ll be able to jump back into your favourite show with a single tap.

Best of all, you won’t have to juggle multiple remotes thanks to the programmable TV controls for power, volume and input, Google says. Being able to switch between HDMI inputs and adjust the volume using the remote should be a dramatically different experience than watching with the current-generation Chromecast – and brings the Google-branded streaming dongle in-line with the competition from Amazon, Roku, Nvidia and Apple.

Boxsets and films on the Chromecast should look as good as when watching on any rivals too. That’s because the Chromecast with Google TV is capable of outputting in 4K video with support HDR at up to 60 frames per second. “With Dolby Vision, you’ll get extraordinary colour, contrast and brightness on your TV. And if you want to hear and feel your favourite adventure film, Dolby Atmos delivers an immersive surround sound experience,” Google adds.

Unlike the Chromecast Ultra, there’s no support for Google Stadia at launch. So, subscribers to the game-streaming service will want to steer clear of upgrading to the Chromecast with Google TV when it hits shelves later this month.

Unlike previous Chromecast models, the Chromecast with Google TV has its own on-screen menu. Based on the Android TV operating system already available on the likes of Hisense, Sony and TCL sets, Google TV has a library of 6​ ,500 apps​ available. These include some of the most popular streaming services, like Amazon Prime, Netflix, Disney+, BBC iPlayer, ITV Hub and more, as well as games and social networks.

Chromecast with Google TV costs £59.99 and starts shipping October 15. It will be available from the Google Store, John Lewis, Currys PC World, Argos and a number of other retail partners.