Home » Lifestyle » Government must remain accountable even in future pandemics

Government must remain accountable even in future pandemics

Governing is always a balancing act between the exercise of power – necessary for the functioning of society – and accepting the scrutiny that keeps that power in check.

In successful democracies, the government of the day must be constantly held to account: by the judiciary, by a free media, by the opposition parties and by the citizenry at large. 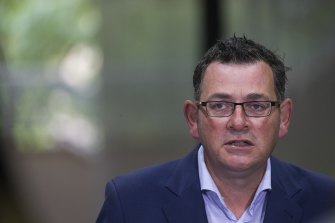 Occasionally, though, circumstances are such that even in democracies governments can begin to believe the usual laws should no longer apply to them, that they should no longer be accountable. In some cases, they ignore the rules. In others, they simply rewrite them to suit themselves in the belief they have a mandate to do so. Such as during a war, or in a pandemic.

We’re not suggesting that the Andrews government has acted undemocratically in its handling of the COVID crisis: aside from a vocal minority Victorians have willingly and knowledgeably abided by the government’s measures, including what has just been our fourth lockdown.

That said, we are not the first to raise concerns over the mechanism the government has used to enact its lockdown edicts: the state of emergency brought under the Public Health and Wellbeing Act, which gives the chief health officer extraordinary powers to enforce public health orders such as quarantine and the wearing of masks.

When it was first enacted, in March last year, the world was a very different place. So much was yet unknown. Australia was facing, as were so many nations, a once-in-a-lifetime public health crisis. It felt warranted that the government should grant sweeping powers to its health authorities. Desperate times called for desperate measures. Even the state opposition largely relinquished its usual role of sniping from the sidelines.

But – and this is critical – while we have been under a state of emergency continuously since March last year, it is not meant to be a permanent state of affairs.

In August last year, though, the Andrews government announced it would seek to extend the state of emergency for a further 12 months. What the government undoubtedly assumed would be a rubber-stamp exercise suddenly seemed like over-reach: let us just get on with it without having to ask permission, they seemed to be saying.

The state opposition strongly and rightly campaigned against it. “No premier, no politician, should have that degree of power over the lives of Victorians indefinitely,” Opposition Leader Michael O’Brien said at the time.

The government failed in its bid for a permanent 12 month legislative change, but did win a one-off six-month extension after upper house crossbenchers Fiona Patten, from the Reason Party, Greens leader Samantha Ratnam and Animal Justice Party MP Andy Meddick voted in favour.

In March, the government sought another extension, this time for nine months – effectively for the rest of the year. Again, the opposition cried foul. But after agreeing to amendments such as halving the fines for young rule-breakers, the same three crossbenchers gave the bill their support. David Davis, leader of the opposition in the upper house, complained they had “sold out” and handed “extreme power to Daniel Andrews until Christmas”.

And now, as we report today, the horse trading is on again between the government and the same three crossbenchers, this time over a potentially even more significant bill, which will replace the use of emergency powers with pandemic-specific legislation.

It’s a substitution the Greens have championed, arguing that it would better protect human rights than the current emergency provisions. Be that as it may, the crossbenchers, who through a fluke of history find themselves flavour of the month, must not lose sight of the broader picture in return for their particular demands.

The new legislation, should it pass the Parliament, will be with us for a long time. We must ensure whatever emergency powers it grants come with a multitude of checks and balances and continue to hold the government accountable. Granted, Victoria is unique in Australia as the only jurisdiction that caps the length of time emergency powers can remain in place. But as the state that has exercised those powers most severely, it demands the most scrutiny.

Note from the Editor

The Age’s editor Gay Alcorn writes an exclusive newsletter for subscribers on the week’s most important stories and issues. Sign up here to receive it every Friday.