Scotland were dumped out at the group stage after Croatia swept them aside at Hampden Park, claiming a 3-1 victory to seal their place in the last-16.

Nikola Vlasic, Luka Modric and Ivan Perisic all scored in the win to break Scotland hearts as they fell at the first hurdle in what was their first major tournament in 23 years. 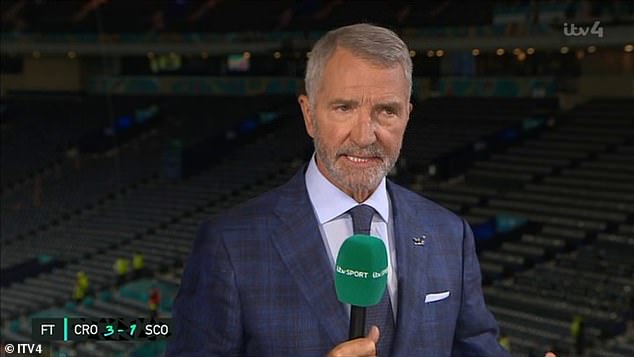 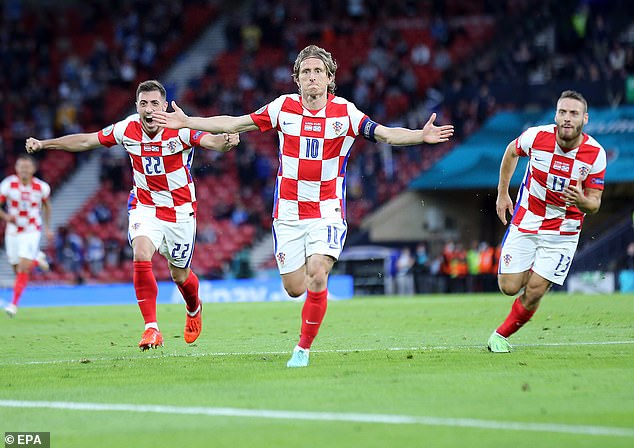 Modric was a standout performer on the night and capped off a brilliant display with a majestic strike in the second half.

However, ex-Scotland international Souness believes Steve Clarke’s men should have dealt with the danger before Modric’s precise effort put Croatia 2-1 up – and criticised them for allowing the 35-year-old to run the show in midfield.

‘It’s avoidable, that ball in was far too easy, [Stephen] O’Donnell has got to close down,’ Souness said as he analysed the build-up play before Modric’s goal.

‘The keeper had no chance, it was a great finish. I always remember coaches screaming stop the cross, stop the cross in my day, but in modern football people seem happy to let the ball come in. That was an avoidable goal.

‘In the first game, England hunted Modric down and he wasn’t too involved, but we never got near him, we just didn’t have the same energy as we did on Friday night.’ 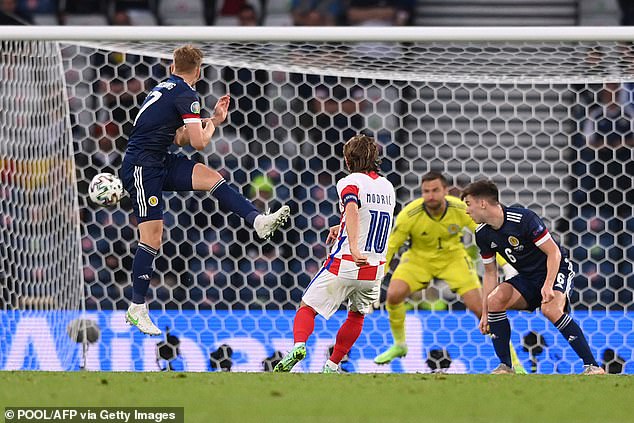 The ITV pundit had been hopeful about Scotland’s chances of qualifying before the match but admitted afterwards the performance was not up to scratch and described it as ‘from another era’.

Souness was particularly critical of Scotland’s tendency to go long and said they’ve got to ‘learn to play more football’ because they’re ‘a country mile away from where they need to be’ to compete at major tournaments on this showing.

‘I’m disappointed tonight because I came here thinking it would be more of the same, I don’t think you’ll see another team in the Euros play as little as we did tonight,’ he said following the defeat.

‘When the keeper got the ball, it was just going long, it was football from a different era. You know what you get from Scottish teams, 100 per cent effort, 100 per cent passion, but we’ve got to play football.

‘That’s what we’ve got to learn, to play more football, we didn’t play any football tonight, we were like a team from another era. I’m sorry if my criticism hurts but that’s how I felt. 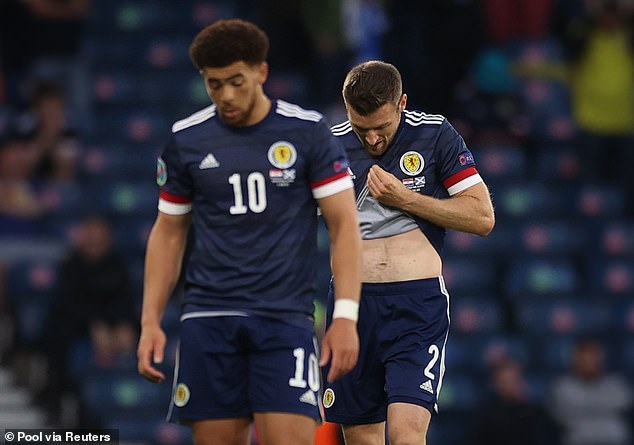 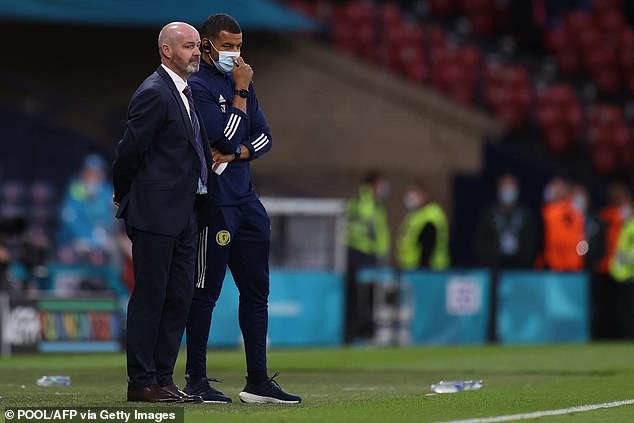 ‘The lessons from tonight, they are a country mile away from where they need to be to make an impression at this level. I think the learning curve when we wake up at the cold light of day tomorrow, if we watch that game back, they’ll see we need to up our game.

‘Touch and control has got to improve, we need to be braver, it was all long ball. I feel like I’m getting down on my nation here, but I came here tonight hoping to see more of the same.’

Manager Clarke was also in the firing line as Souness blasted his failure to react quickly enough and make early changes in the second half as Croatia began to take control.

He added: ‘I think the manager should have made changes in the second half because the plan, whatever it was, was clearly not working.

‘We were clinging on and OK you can say give it 10, 15 minutes in the second half, but if it’s more of the same, you need to make the changes then, you can’t wait until the last 10 minutes.

‘We got ourselves a goal back to go into the break level, then you give it 10 minutes in the second half and if it still isn’t working, that has to be the time to change things.’

The Scotland boss admitted after the game that Croatia’s tournament experience was the difference in the end, saying: ‘We’ll go away and learn from it. I think we saw tonight a team who are battle hardened in tournaments and a team who are playing at there first one for a long time.

‘But we’ve got a strong group, a young team and we want to be back on this stage soon. We were just beaten by an excellent Croatia team tonight.’ 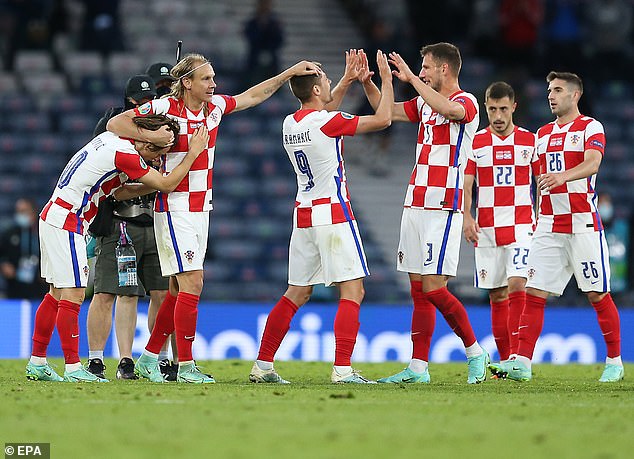