Home » Lifestyle » Groom complains that he can't have Star Wars wedding, bride says it would be an embarrassment

Groom complains that he can't have Star Wars wedding, bride says it would be an embarrassment 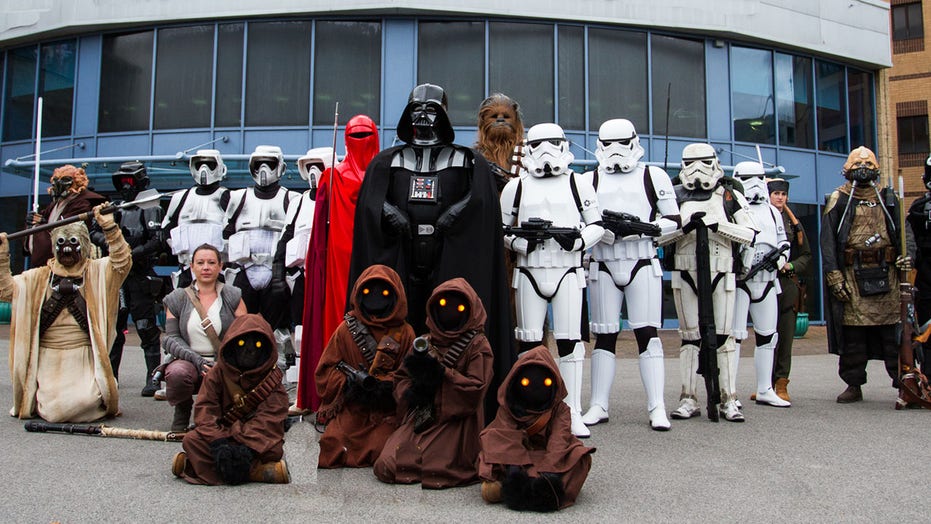 Not everyone wants to get married in a galaxy far, far away.

A groom-to-be took to Reddit to complain that his fiancé doesn’t want him to have a “Star Wars” themed wedding in any way at all. According to him, she even refused after he suggested splitting the day 50/50 by having a traditional ceremony and then have the reception based around the popular film series. 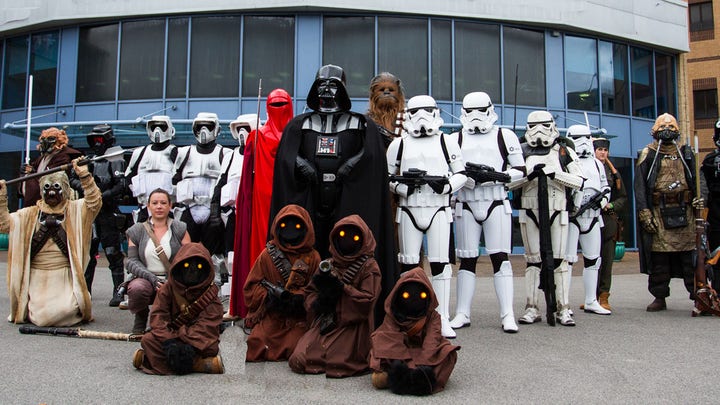 The story was posted to Reddit’s forums by a user appropriately named Staarwars20, who explains that he’s loved the movies ever since he was a kid. He says they’re a huge part of his life and he claims that his family and friends all love the movies as well.

The groom-to-be writes, “While I have more typically ‘nerdy’ interests, my fiancée isn’t really interested in most movies or games. She’s very much a typical ‘girly girl’ and the type of person who has been planning her wedding since she was very young. She has some very specific ideas about what our wedding should look like (much more formal and glamorous than I’d imagined) and her vision definitely doesn’t include lightsabers.”

He continues to say that his fiancé doesn’t want anything “Star Wars” related at the wedding, at all, and apparently isn’t willing to discuss it.

“One solution I suggested was that we could plan half the wedding like she handles the ceremony and I plan the reception,” he continues. “That way we could both have what we want. However, my fiancée says that plan would make me the a—— because even having a Star-Wars themed reception would be an ’embarrassment in front of everyone we know.’”

The post concludes, “From my perspective, this is my wedding too and I should get to decide at least HALF of the day. While money isn’t much of an issue, we share finances so I’m paying enough to get a say too.”

In general, the commenters took the bride-to-be’s side, with one user explaining, “My biggest take away is the theme of the wedding should be about love and if they have never bonded over Star Wars, then why should it be included? I mean maybe the blue drinks and having a bartender dressed as a Jedi or stormtrooper, but this is his passion and interest, not hers. You only do themed-wedding of that magnitude when it’s a shared interest.”

“You get a say, you don’t get a unilateral choice,” added another. “Receptions should reflect the overall theme and tone of the wedding. Having a very white tie wedding and a cosplay level reception is discordant. It also sounds like something she is very much against.”

Another user added, “Offering her the ceremony while you get the reception is such a con, you wanted the fun party part that takes up 80% of the day so you could throw your big you party, the two things are not at all the same.”