Punxsutawney Phil has made his prediction! On Groundhog Day 2021, Phil checked for his shadow and revealed whether or not we’ll have an early spring….or six more weeks of winter.

The results are in and it looks like this year we’re going to have SIX MORE WEEKS OF WINTER! The one and only Punxsutawney Phil SAW HIS SHADOW when he emerged from his burrow on Groundhog Day 2021. Afterward, he shared his results with his ‘inner circle,’ who revealed the prediction to millions of people watching from home. 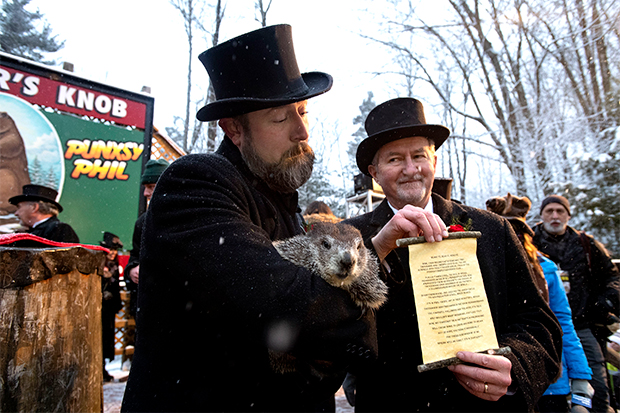 Unfortunately, due to the coronavirus, things looked a bit different in Punxsutawney, Pennsylvania when Phil made his prediction. Normally hundreds of people gather in the freezing cold to see everything go down in real-time. However, with restrictions on gatherings in place, the event was held virtually in 2021. Luckily, it was live streamed so we could all tune in from home and see what Phil had to say.

Groundhog Day legend states that if Phil sees his shadow, he’ll go running back to his burrow, which means six more weeks of winter are coming. However, if he doesn’t see his shadow, he’ll want to stay outside, which means spring is coming sooner! Interestingly enough, Groundhog Day 2021 fell amidst a massive snowstorm in the northeast United States. 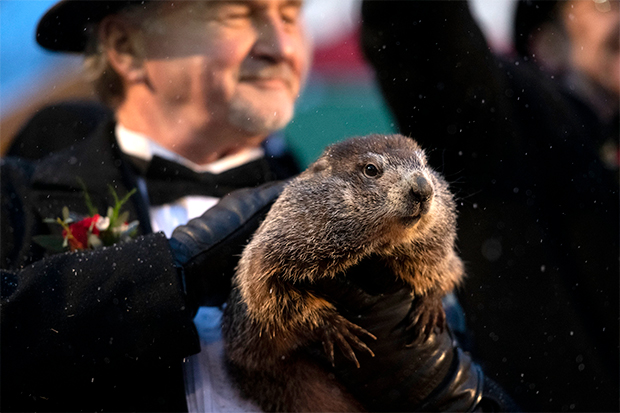 Punxsutawney Phil has been making his predictions since the late 1800s. Legend says that Phil drinks from an elixir of life every summer, which keeps him alive for seven more years. That way, he can continue predicting our weather for years to come.

In 2020 and 2019, Phil did not see his shadow, which meant he predicted early spring weather. The majority of time, though, Phil does see his shadow, and he’s predicted a longer winter more than 100 times. Unfortunately, he has an accuracy rate of less than 40 percent, so we’ll have to wait and see how it plays out in 2021. Still, despite how different things looked this year, Phil didn’t disappoint when he showed up to make his prediction!