The golf comedy is one of Sandler's finest pieces of work and sees his character beat unpopular Shooter McGavin to win the Tour Championship. 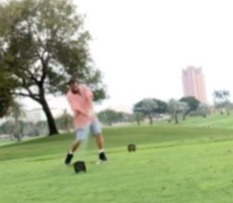 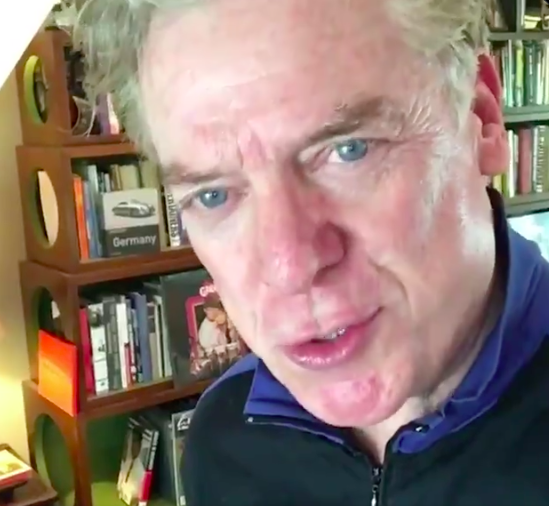 It wasn't released in the United Kingdom until a few months later in July.

But 25 years on from the box office smash's release, the warring duo were still going at it.

"Shooter McGavin this is for you," he shouted before running up and smashing the golf ball.

He signed off his short video by saying: "You're dead, Shooter," before an evil laugh.

Gilmore always had the edge over his nemesis McGavin in the long-drive stakes. 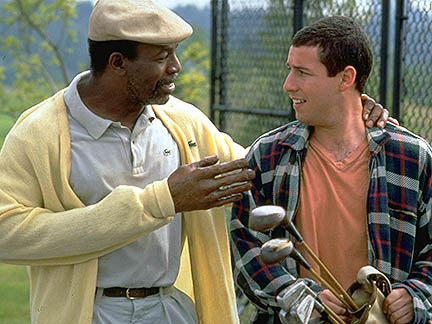 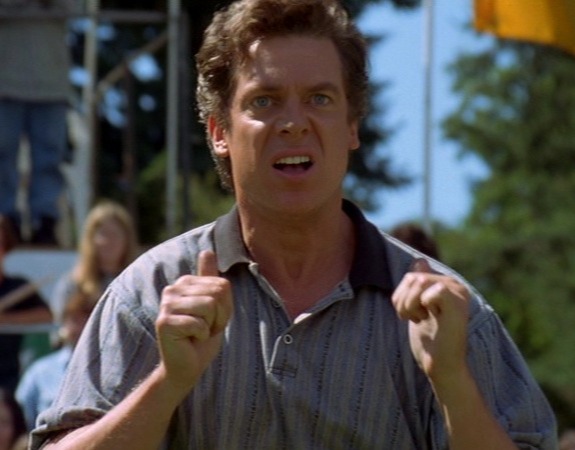 But Christopher McDonald, 66, who played McGavin, reminded Gilmore of his short-game prowess.

In response to Sandler's video, he posted his own on Twitter and sank a putt in his living room.

And McDonald then reminded Sandler of one of McGavin's best pranks.

After Happy made it onto the tour in the 1996 film, he was asked by Shooter to attend an exclusive gathering that night.

But Gilmore ended up getting drenched by the golf course's sprinkler system with McGavin nowhere to be seen.

Actor McDonald said: "Why don't you just meet me on the ninth green at nine? It's a secret of the pros.

"And Gilmore… wear something nice."

Gilmore had the last laugh in the movie by beating McGavin with a miraculous putt on the 18th in the Tour Championship.

Happy won the famous Gold Jacket, and the film went down in folklore.