A Harvard team is pushing the limits on its project to build diminutive and capable robots inspired by insect biology.

In the latest advancement on a project dubbed the Harvard Ambulatory Microrobot (HAMR), researchers say they’ve managed to shrink their cockroach-inspired creation down to the size of a penny.

Despite its size (2.25 centimeters) the bot, aptly called HAMR-JR, can still perform most of the feats of its larger predecessor, researchers say. 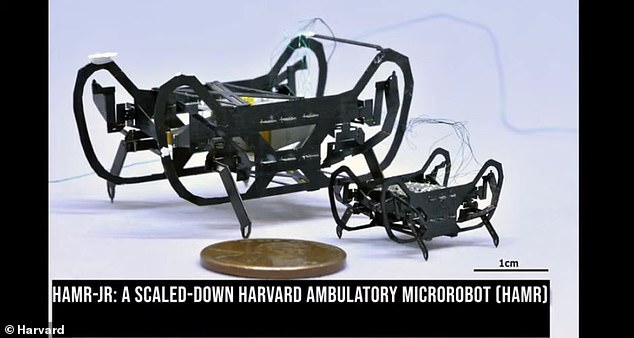 The micro bot (pictured) is the size of a penny and weighs just 0.3 grams. Despite it’s size it still has a full range of movement and locomotion

Those feats include traveling at speeds of about 14 body lengths per second, which according to researchers makes the bot not only of the smallest bots of its kind but also one of the fastest.

Additionally, researchers demonstrate how the tiny bot, which weighs just 0.3 grams, can jump and even adeptly pivot while carrying relatively heavy payloads.

‘Most robots at this scale are pretty simple and only demonstrate basic mobility,’ said Kaushik Jayaram, a Harvard researcher and author of a new study.

‘We have shown that you don’t have to compromise dexterity or control for size.’

Researchers decided to build HAMR-JR party to test its fabrication process to see if it was able to viably build robots at different scales. 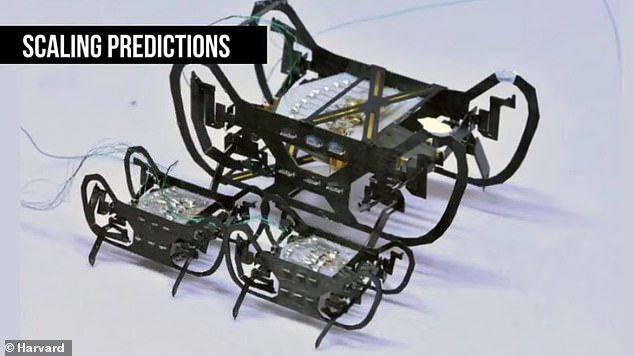 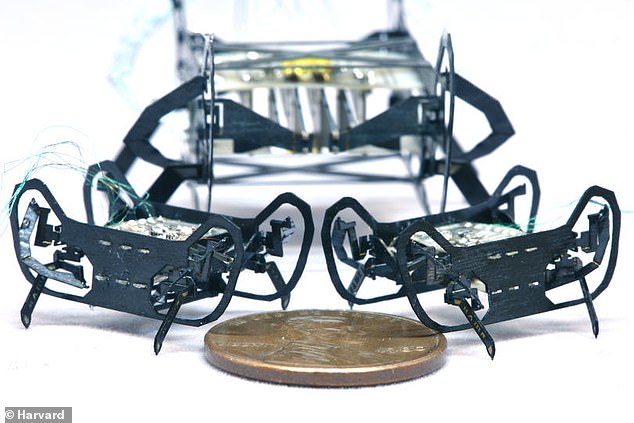 To successfully scale the bot down, the researchers developed a model that took into account running speeds, foot forces, and payload and then formulated a design approach based on those parameters.

According to their research, regardless of size, the team wasn’t required to make any changes to its methods.

‘The wonderful part about this exercise is that we did not have to change anything about the previous design,’ said Jayaram in a statement.

‘We proved that this process can be applied to basically any device at a variety of sizes.’