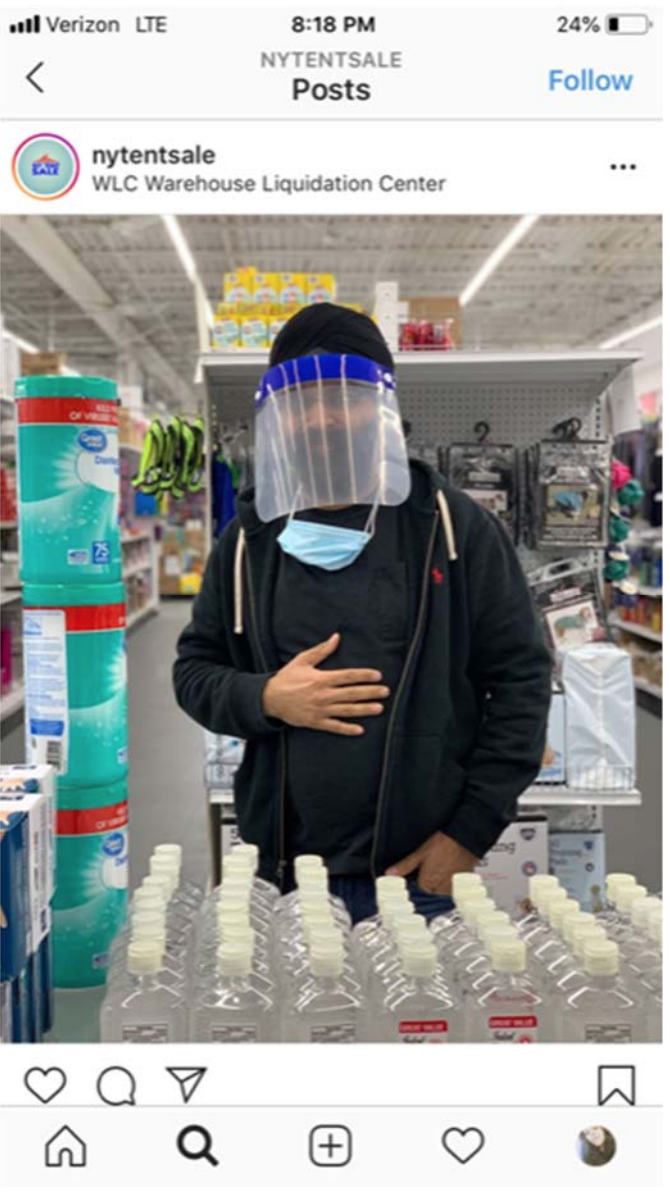 Amardeep Singh in a face shield

BuzzFeed News has reporters across four continents bringing you trustworthy stories about the impact of the coronavirus. To help keep this news free, become a member and sign up for our newsletter, Outbreak Today.

A New York man has become the first person to face federal charges over hoarding and price-gouging scarce medical supplies since President Trump invoked the Defense Production Act last month in response to the coronavirus pandemic.

According to a complaint filed by prosecutors in federal court on Friday, Amardeep Singh, 45, had been hoarding face masks, face shields, surgical gowns, and disinfecting products at a Long Island warehouse and then selling them at inflated prices.

Among the people Singh allegedly price-gouged were particularly vulnerable organizations, including the Association to Benefit Children, the New York Foundation for Senior Citizens, and Rewarding Environments for Adult Living, Inc.

On March 18, President Trump signed an executive order invoking the Defense Production Act to make it illegal to acquire scarce medical supplies in order to hoard them or sell them at excessive prices.

The Defense Production Act allows the government to control the distribution of items deemed essential to the national defense and creates criminal penalties for those found to be hoarding or price-gouging those items.

If convicted, Singh faces up to a year in prison.

Bradley Gerstman, Singh’s attorney, denies that his client price-gouged anyone.

“This is a man trying to make a living,” Gerstman told BuzzFeed News. “He’d never gouge. He’s a family man who has run a store for people in the community for 25 years. He’s got three young daughters and we’re going to plead not guilty and then we will show by way of evidence that our client has done nothing wrong.”

“During a crisis of this magnitude, we must come together as a country to fight this common enemy,” said Philip R. Bartlett with the US Postal Inspection Service. “Unfortunately, Mr. Singh allegedly chose to use this opportunity to make money by hoarding and price gouging [Personal protective equipment]. The conduct charged in the complaint is reprehensible and against our most fundamental American values.” 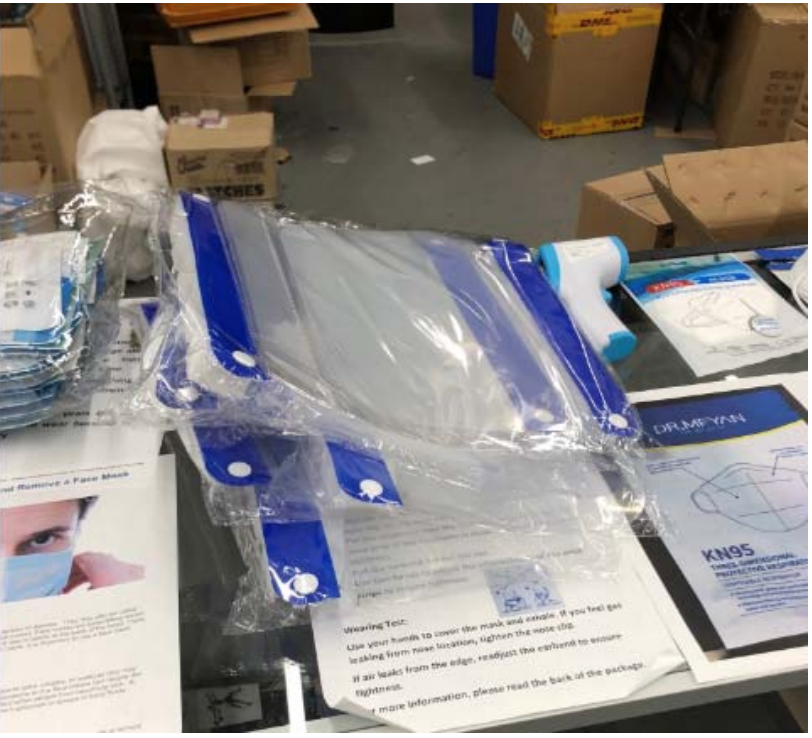 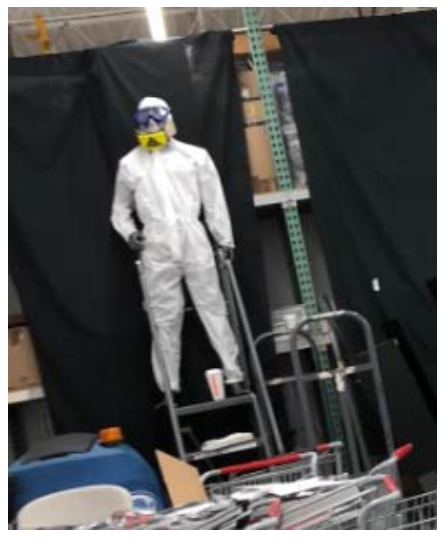 Images from the criminal complaint showing PPE Singh allegedly sold in his store.

According to the criminal compliant, Singh, who operates a store in Plainview that mostly sold clothing and shoes before the pandemic, began accumulating the medical supplies in mid-March.

The complaint includes screenshots from Instagram of Singh advertising these products for sale.

While those posts appear to have been deleted, what remains on Singh’s Instagram feeds are photos with frontline workers picking up supplies he says he donated. 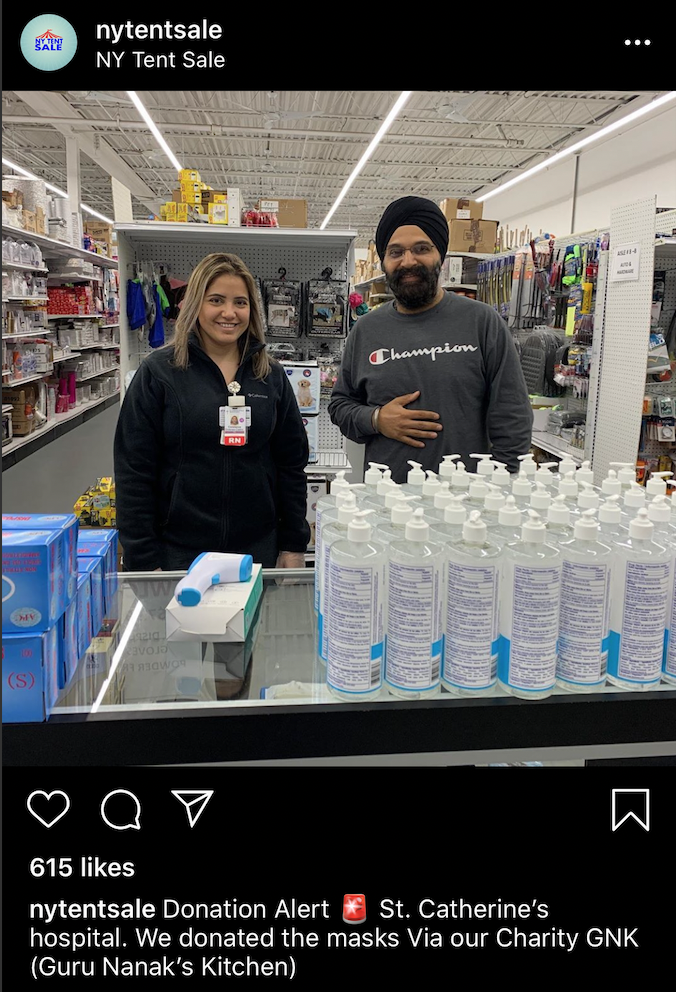 According to the complaint, the federal government intervened after Singh continued to accumulate and sell these items after being cited by both Nassau County and the state of New York, including after an April 1 cease-and-desist letter from the state’s attorney general’s office.

The government alleges Singh’s excessive markups ranged from as much as 99% on much N95 masks to 1328% for three-ply disposable face masks that he purchased for seven cents a piece and then resold at a dollar each.

Gerstman, Singh’s attorney, disputes the government’s analysis of his client’s costs and said he was confident he would be cleared of the charges.

“This is news to everybody in the country that selling PPE is illegal under the Defense Production Act,” said Gerstman. “I can understand civil fines and penalties, but here we have a matter where my client is now subjected to criminal charges for something that he had no idea he was doing was wrong.”

Federal officials, however, seemed determined to prosecute Singh as an example for others.