ANTONIO CONTE has dropped a huge hint that he could leave Inter Milan after their Europa League final defeat – aiming another dig at the club's board.

The Italian boss, 51, saw his side fall agonisingly short in their exhilarating 3-2 defeat to tournament-specialists Sevilla. 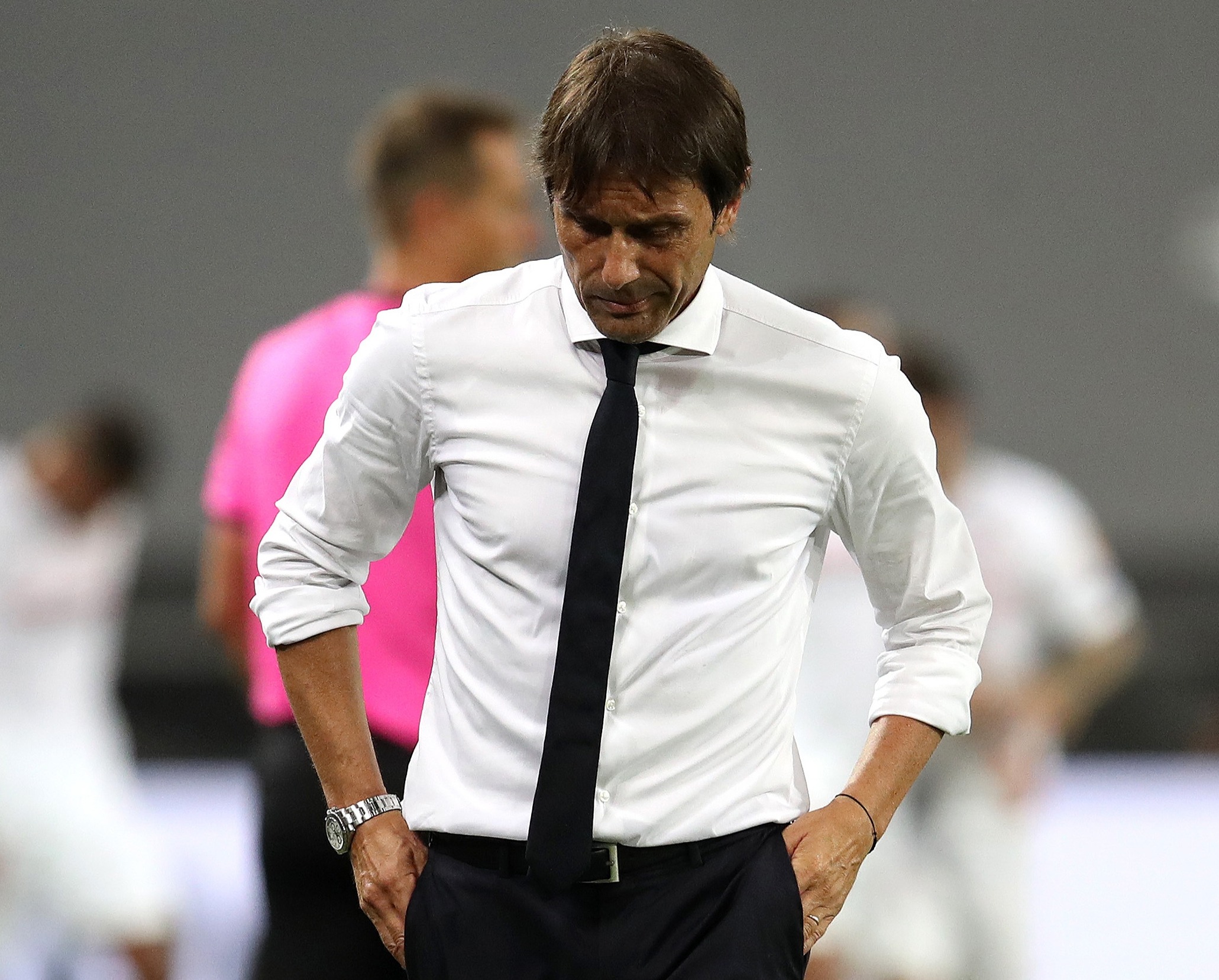 And after what he called a "tough" season, Conte has admitted he doesn't know if he will stay on at the club in 2020-21.

The Inter boss famously and publicly rowed with the club's board throughout the season.

And after the Europa League defeat, Conte said: “Now we have to get back to Milan.

"We will take two or three days off, then with cool heads will meet.

"It’s only right that we analyse the entire season, look at everything in a very calm way, and try to plan the future of Inter.

"Whether it’s with or without me, I don’t know."

Conte went on to thank the owners, despite their public feud, for affording him to opportunity to lead Inter. 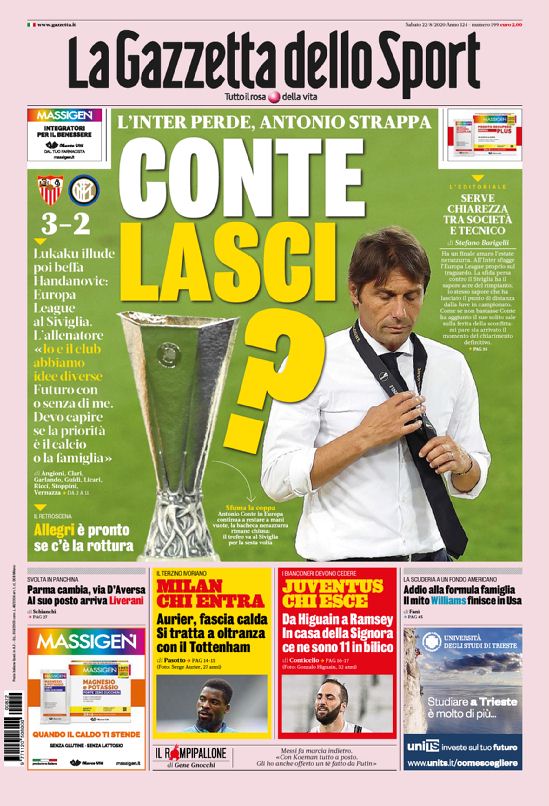 The Italian continued: "It was a very tough season in many ways.

"So it’s only right to take a little rest, face the situations and make the decision that is best for Inter.

"There is absolutely no bitterness.

"There might be different views on things, but we’ll evaluate everything.

“It has been difficult and we’ll figure things out.

"It has been wonderful for me to be the coach of Inter, I thank the owners who allowed me to go through this great experience.

Regardless of everything, it was a positive experience and I thank those who gave me this opportunity.

Conte continued: "I will always thank those who gave me the opportunity to have this experience.

“Regardless of everything, it was a positive experience and I thank those who gave me this opportunity.

"I was welcomed beyond the rosiest expectations.

"I gave a great deal to them and the players gave their all to me." 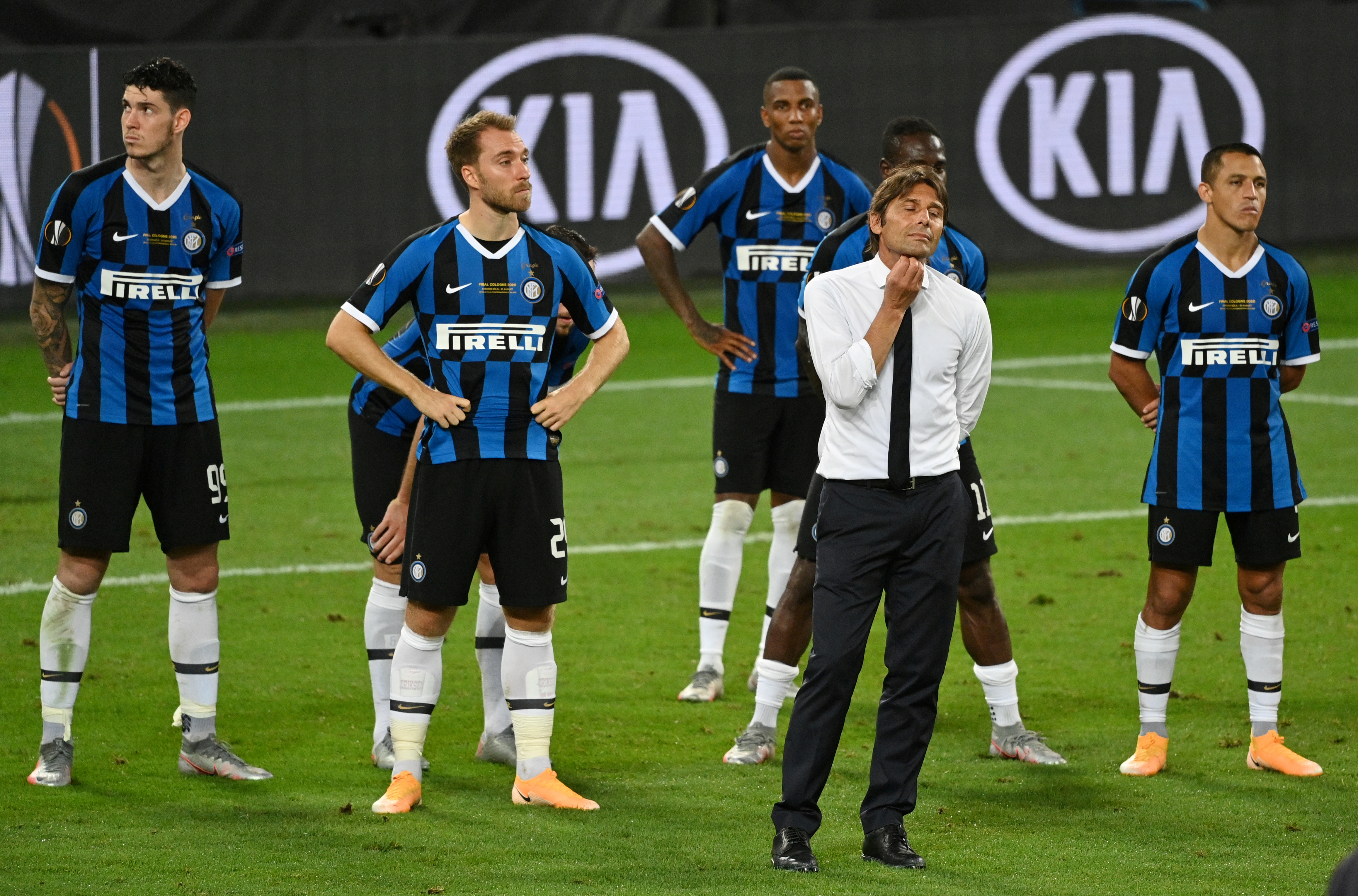 Conte was left seething during the Europa League final in Cologne – after Ever Banega appeared to mock his hair.

Banega is reported to have started the row, saying: "Let's see if that wig is real".

Conte, who has undergone a successful hair transplant, was understandably fuming about the gesture early doors in the contest.

And he allegedly told the Argentine he would “see him after the game”.