We had anger, we had insults. There was even a crosspatch cameo from Theresa May. Yes, after weeks of Covid caterwauling, it was back to good old Brexit.

Michael Gove had come to the Chamber to issue a statement on our trade negotiations with the EU. Or, rather, the lack thereof: the PM warned last week that the UK must prepare to trade on ‘Australia-style’ terms (code for No Deal) after talks with Brussels hit an impasse.

For an entire hour we heard no talk of ‘upticks’ in infection rates, no depressing death tolls, no news of increased hospital admissions or any of that ‘moonshot’ malarkey. Sheer bliss.

Whoever would have thought John Redwood droning on about the wickedness of the Common Agricultural Policy could sound so sweet?

Mr Gove announced that the Government had hoped to strike a deal with the EU – but as things stood, ‘that will not happen’. The EU, he said, was failing to ‘intensify’ the talks. 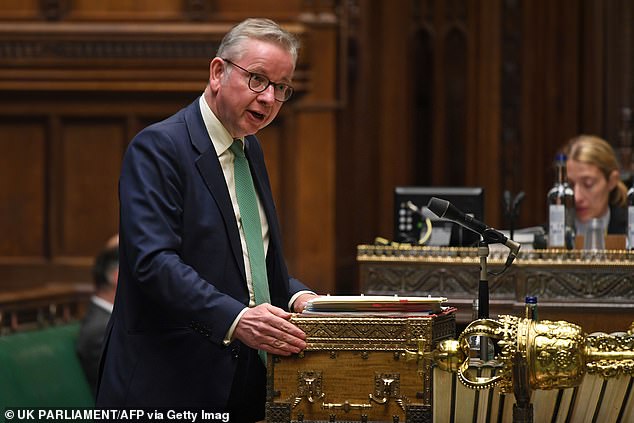 ‘[They] must realise they are dealing with an independent nation now,’ he warned. Cue a volley of hearty ‘yer-yers’ from behind.

Gove added that the Government’s negotiating door ‘remains ajar’ but come December 31, we will be taking back control with or without a deal.

Answering for Labour was Rachel Reeves. Ms Reeves does not care for Mr Gove. Regards him as a slippery eel.

Her tuba-like voice booms with disgust whenever she addresses him.

I fear you could no more charm Rachel than you could a particularly surly airport customs official. The idea of No Deal left her bubbling with irritation.

Theresa May rose. Uh-oh. Whenever Old Ma May gets up on her high hooves, dark thunderclouds appear. Strains of Beethoven’s Fifth suddenly strike up. Na-na-na-naaa!

She acknowledged the Government was now ‘resigned to No Deal’. Her voice flickered with despair at such a notion.

May’s refusal to countenance telling the EU to naff-off is, of course, what made her such a hopeless negotiator.

The former PM pointed out that not once had Gove even mentioned what No Deal would mean for security matters.

Gove responded that the UK could co-operate more effectively over border security outside the bloc ‘than we ever could inside’.

May recoiled as if she’d just found a three-week-old kipper at the back of the fridge. ‘Utter rubbish!’ she mouthed. 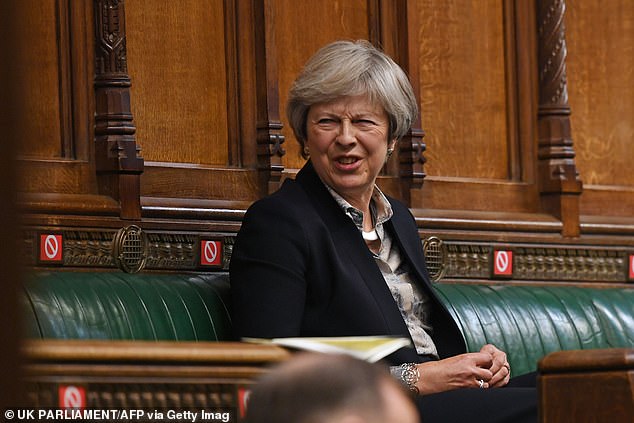 Means ‘get lost’, apparently. He’s actually quite good value, Wishart, but you can tell his outrage is entirely confected. Probably sprays it on each morning from an aerosol can.

Labour MPs made their customary dash for the moral high ground. Kevin Brennan (Lab, Cardiff W) attacked Gove for his ‘frivolous and superficial’ approach to negotiations.

Cutting an oddly deflated figure, Hilary Benn (Lab, Leeds C) urged both sides to cut out the ‘war of words’ and get back to the negotiating table.

Mr Benn reminded me of a weary schoolmaster who’s grown tired of the game. To think this time last year he was galvanised and full of energy, desperate to stop Brexit.

Tory MPs urged the Gover to stand strong. Richard Fuller (Con, North East Bedfordshire) asked for assurances that Gove wouldn’t ‘go wobbly and reach for any deal on offer’ as the clock ticks down.

Gove couldn’t wholly commit to Fuller’s request ‘because I’m afraid there are bits of me that are wobbly, unlike with him,’ he joked.

He did, though, promise to remain firm against the Brussels bullies. Behind the ministers’ bluster and the bombast, my suspicion is Britain is closer to a deal than we’re being told.