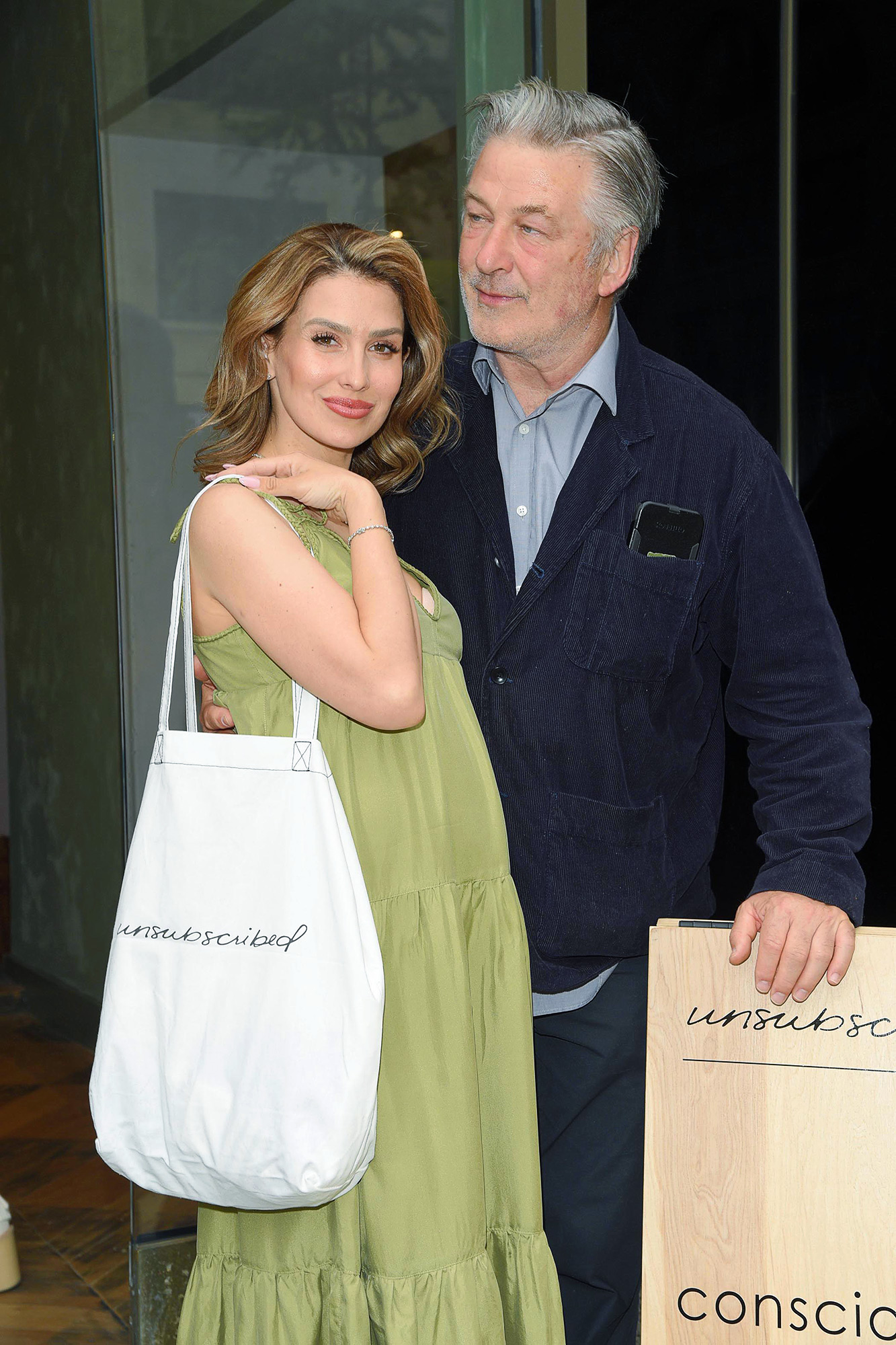 No more Baldwinitos? Hilaria Baldwin and husband Alec Baldwin are known for their large brood, but the wellness guru thinks seven kids may be the magic number.

Alec Baldwin and Hilaria Baldwin’s Sweetest Moments With Their Kids

“I would have said before [that I’m] definitely done,” the Living Clearly Method author, 38, exclusively told Us Weekly while promoting her new “Witches Anonymous” podcast. “Seven kids in, I feel like I am, but it’s Alec and me — so, time will tell!”

The Massachusetts native and the Emmy winner, 64, welcomed their seventh child, Ilaria, last month. The couple are also the parents of Carmen, 9, Rafael, 7, Leonardo, 6, Romeo, 4, Eduardo, 2, and Lucia, 20 months.

Celebrity Parents With the Biggest Broods

Though she has a newborn in the house at the moment, the former yoga instructor admitted that things haven’t changed too much since Ilaria’s arrival. “I have to say that once I passed three kids, I just embraced the chaos,” Hilaria told Us. “We have a wild and super fun house. Always something going on.”

The “Mom Brain” podcast host loves motherhood, but she admitted that parenting seven children at once presents some challenges. “Being truly present for each one of them is hard, and I obviously don’t get it right all the time,” she explained. “My two oldest have nightly homework that I do with them, and to balance play with the younger ones, breast-feeding the youngest — it can get to be quite a juggle.”

Hilaria admitted that she experiences mom guilt “every single day,” but she tries to remind herself that she’s doing her best — and that she also gave birth just over one month ago. “It doesn’t matter if you have one kid or a million, I think many parents feel like we are never enough,” she told Us. “This is where I’m trying to lean into self-compassion, realizing that I’m only one person trying her best, and by being kind to myself, I set a healthier example for my kids to be kind to themselves too.”

Being a champion for herself and other women is one of the topics of her new iHeart podcast, “Witches Anonymous,” which she cohosts with Michelle Campbell Mason. “We want to lean into the supportive woman we all have inside of us and examine why we can also be adversarial with other women,” Hilaria told Us. “We’ll be talking about witches in pop culture and what it means to be a witch … and what sisterhood means in pop culture.”

The Yoga Vida founder noted that she hopes the podcast will inspire listeners to open up about difficult topics in their own lives. “We have so much forward momentum in our feminist community right now,” she told Us. “How can we have open conversations in order to create change? We can totally do this!”

The first episode of “Witches Anonymous” debuts on iHeart and other streaming platforms Monday, November 7.