Holby City spoilers: Fletch's danger as he sees Rich and Evie together 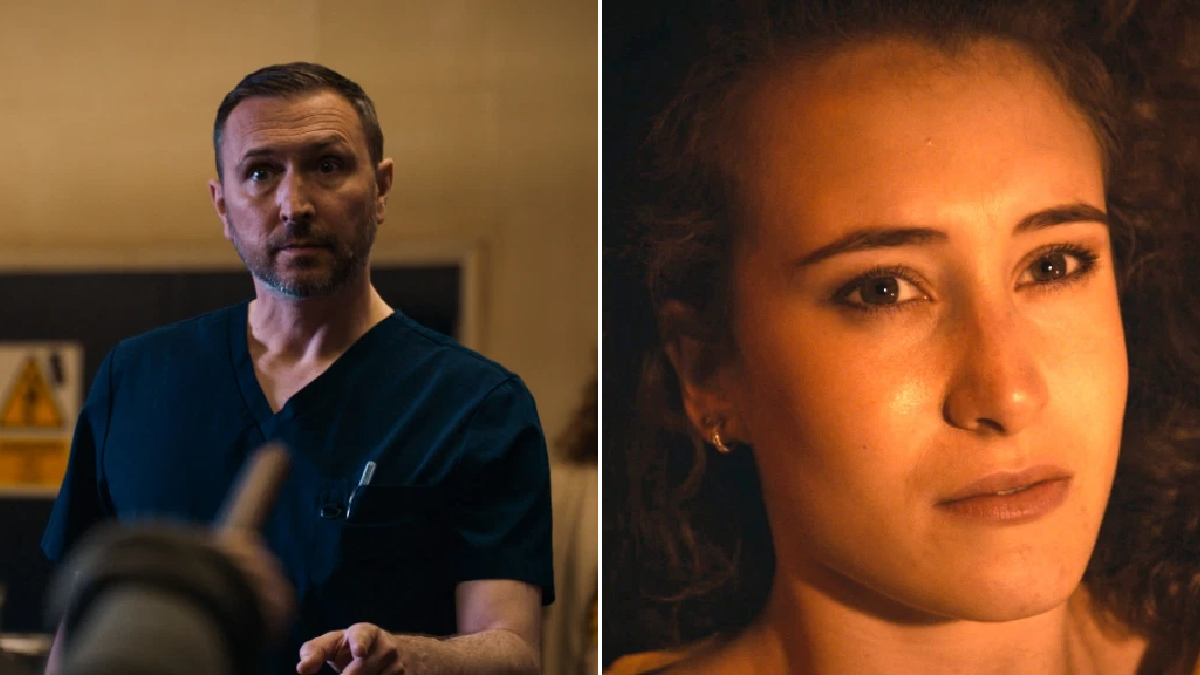 There are some dark and sinister scenes in tonight’s Holby City as Evie Fletcher (Phoebe French) struggles with the reality of being Rich Peterson (Richard Pepper)’s ‘girlfriend.’ She’s started having flashbacks about the parties that he makes her go to – parties that involve having her drink spiked, and Evie being exploited and abused by Rich and his friends.

Donna (Jaye Jacobs) tells Evie that Mia (Brianna Shan) has been moody and withdrawn recently too, so presumably Mia is suffering in the same way.

Even though Rich tells Evie he loves her and gives her a necklace symbolising eternal love, she knows that things aren’t right, Unfortunately, the person she decides to speak to is once again Jeni (Debra Stephenson), whose response is to tell her, ‘You’re a woman now – no more schoolgirl dramas.’

But when Rich comes to the hospital to see Evie, he’s spotted by Fletch (Alex Walkinshaw), and we see the sort of reaction we could expect if Fletch knew the whole truth. Fletch’s hot-headed defence of his daughter lands him in a massive amount of trouble, and it becomes obvious that Jeni Sinclaire is capable of more evil behaviour than we even guessed.

Meanwhile, the lone voice speaking out against Jeni is still Lucky Simpson (Vineeta Rishi) – but can she convince Jac Naylor (Rosie Marcel) that the director of finance is trouble?

Jac, of course, has her own worries as she waits for the brain stent trial that might give her hope of a cure for her own brain tumour. As news reaches Holby about the progress of a similar trial in America, Dominic (David Ames) is beginning to have doubts about whether Carole (Julia Deakin) should be a guinea pig for the trial at Holby. As Jac faces a desperate search for another trial subject, Carole decides to make her own wishes known – but is Jac giving her the full picture?

As the search for a patient for the cardiac stent trial continues, Chloe (Amy Lennox) tries to hide the fact that Cameron Dunn, who’s currently in prison, looks like he’d be a perfect candidate. When she explains Cameron’s history at Holby to Eli (Davood Ghadami), will he be willing to carry on searching for another trial subject for the sake of Chloe’s feelings?

And Kylie (Amy Murphy) wants to do something lovely to help a young patient who’s going to miss his Prom, and new colleague Mel (Naomi Preston-Low) seems like she wants to help. Can the two women put aside their differences for the sake of the patient?

Sue Haasler is the author of five novels and the official BBC Holby City book, which you can read about here.