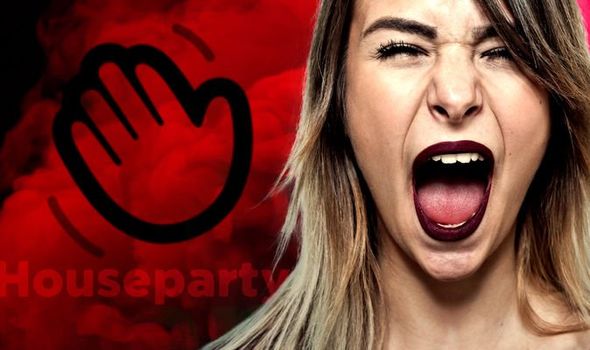 Enraged Houseparty users have voiced concerns on social media that the hugely-successful video chat app, which has seen a surge in popularity after strict self-isolation rules rolled out by the UK Government forced millions to stay at home to stop the spread of the novel coronavirus, has enabled hackers to access their Spotify and Netflix data. Taking to Twitter, users claim the smartphone and desktop application enabled the hack – and told everyone to “delete your Houseparty account” as soon as possible.

Houseparty has not commented on the allegations, which are quickly gaining traction on social media. It’s unclear how Houseparty would enable hackers to access data stored in other apps on your smartphone. It’s more likely users who use the same email address and password combination for different services have fallen pray to cyber crooks who have accessed their login information and used it to try to gain access to other online services.

It’s important to always use a different email-password combo for every online account in order to prevent this.

Password managers – apps that generate unique passwords and store your logins, meaning you only have to recall a single one to access the repository – can help people keep track of their online accounts and safeguard themselves against hackers.

If you have used the same email address and password for your Houseparty as other popular apps – like Netflix or Spotify, it’s worth changing immediately to something unique. Express.co.uk has approached Houseparty for comment on the allegations quickly gaining traction on social media and will update this article when we hear back.

READ MORE
Houseparty: Is Houseparty safe to use? Can uninvited people join your Houseparty chat?

“With video conferencing apps, there are also always concerns about how hackers and criminals might exploit them,” said Mr Rudkin. “While Houseparty has extensive restrictions on who can join chats, risks may arise due to people making contacts on Facebook and then being asked to connect with them on Houseparty.

For those who don’t know, Houseparty – which is available on iPhone, iPad, Android, macOS, and Google Chrome – is a video chat application that lets you drop-in and drop-out on calls with friends. The app was originally designed for University students to keep open throughout the day, with people dropping in for chats every so often.

Since then, a number of games, including a trivia quiz, pictionary-style game, and others, have been added that can be played with friends in the chat.

Whenever you open the app on your computer or smartphone, a notification will be sent out to all of your friends, letting them know that you’re “in the house” and ready to video call. You can drop into any active conversations that your friends are holding – even if you don’t know everyone in their video chat – unless one of the participants decides to “lock the room”.

This has led to a number of horror stories from users, with Houseparty users reporting ex-partners suddenly appearing in video chats out of nowhere. Bosses and teachers have also purportedly appeared in video chats while people have been talking in the bath.

As such, campaigning charity Internet Matters has warned the app could represent a threat to youngsters by enabling strangers to enter their private chats. It has warned parents to make children aware of the importance of “locking” their video calls to stay safe.

The charity also warned that despite a 12+ age rating in app stores – it’s very easy for younger users to sign-up for an account due to the lack of an effective age verification process.

Houseparty can access the contacts app on your smartphone to find friends who are already using the app. Snapchat, Facebook and other popular social networks’ contact lists can also be imported into the app.