GARETH SOUTHGATE and his England players were showered with praise when returning from the 2018 World Cup in Russia.

It was not purely for reaching the semi-finals — but for the way the squad had reached out to the nation during the tournament. 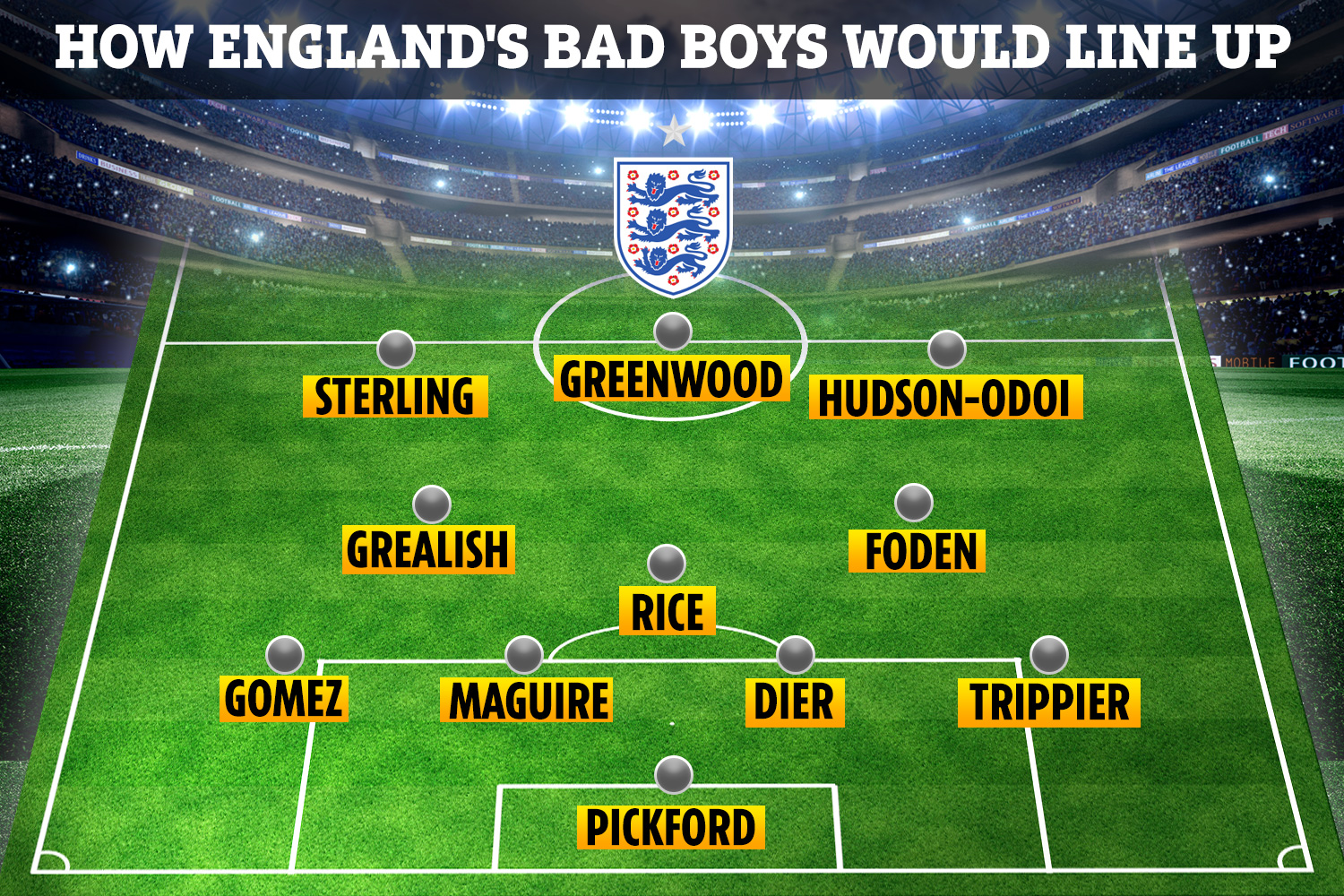 England’s players seemed like normal people and fans fell back in love with the national team.

Yet over these last 17 months, some of that good work has been undone.

And you can put together a pretty decent team of those who, at the very least, have acted stupidly.

In April 2019, JORDAN PICKFORD apologised to a bouncer after he gave him a black eye in a Sunderland pub brawl.

Last September, ROSS BARKLEY was involved in a dispute with a cabbie in Liverpool after the player spilled his chips in the car. He was marched to a cashpoint by police to help pay for cleaning the taxi.

JAMES MADDISON sparked outrage 11 months ago when he was pictured in a Leicester casino at the same time as England were losing 2-1 away to the Czech Republic.

Maddison had withdrawn from the squad due to illness.

Sterling was dropped for the next game against Montenegro.

At the start of the coronavirus crisis in February, DELE ALLI posted a Snapchat video in which he joked about the outbreak and appeared to mock an Asian man.

Dele was suspended for one match, fined £50,000 and ordered to undertake an education course.

Just before English football was shut down, Dele’s Spurs team-mate ERIC DIER jumped into the crowd to confront a fan after the FA Cup fifth-round defeat to Norwich.

Dier was suspended for four matches and fined £40,000.

He then broke the rules three more times in the space of 24 hours. But he was given an international recall — following 15 months out in the cold — for these two matches.

After Chelsea winger CALLUM HUDSON-ODOI tested positive for coronavirus in March, Frank Lampard’s team were supposed to be self- isolating but MASON MOUNT broke those guidelines and had a kickabout with pal DECLAN RICE.

Although not in the current squad, Hudson-Odoi was then arrested on suspicion of raping a model but was not charged.

JACK GREALISH, meanwhile, faces a date in court in November after he was charged with two driving offences over a car crash.

Grealish, who has been given his first England call-up, was also fined £150,000 by Aston Villa for breaking lockdown rules.

KIERAN TRIPPIER is sweating on a potential FA ban after being charged with misconduct.

Trippier has asked for a personal hearing following allegations he broke strict FA betting guidelines ahead of a £20million move from Spurs to Atletico Madrid.

More recently, it has just got worse for manager Southgate.

HARRY MAGUIRE was axed from the England squad after being found guilty of aggravated assault against police, resisting arrest and attempted bribery in Mykonos.

He has appealed and is facing a retrial. 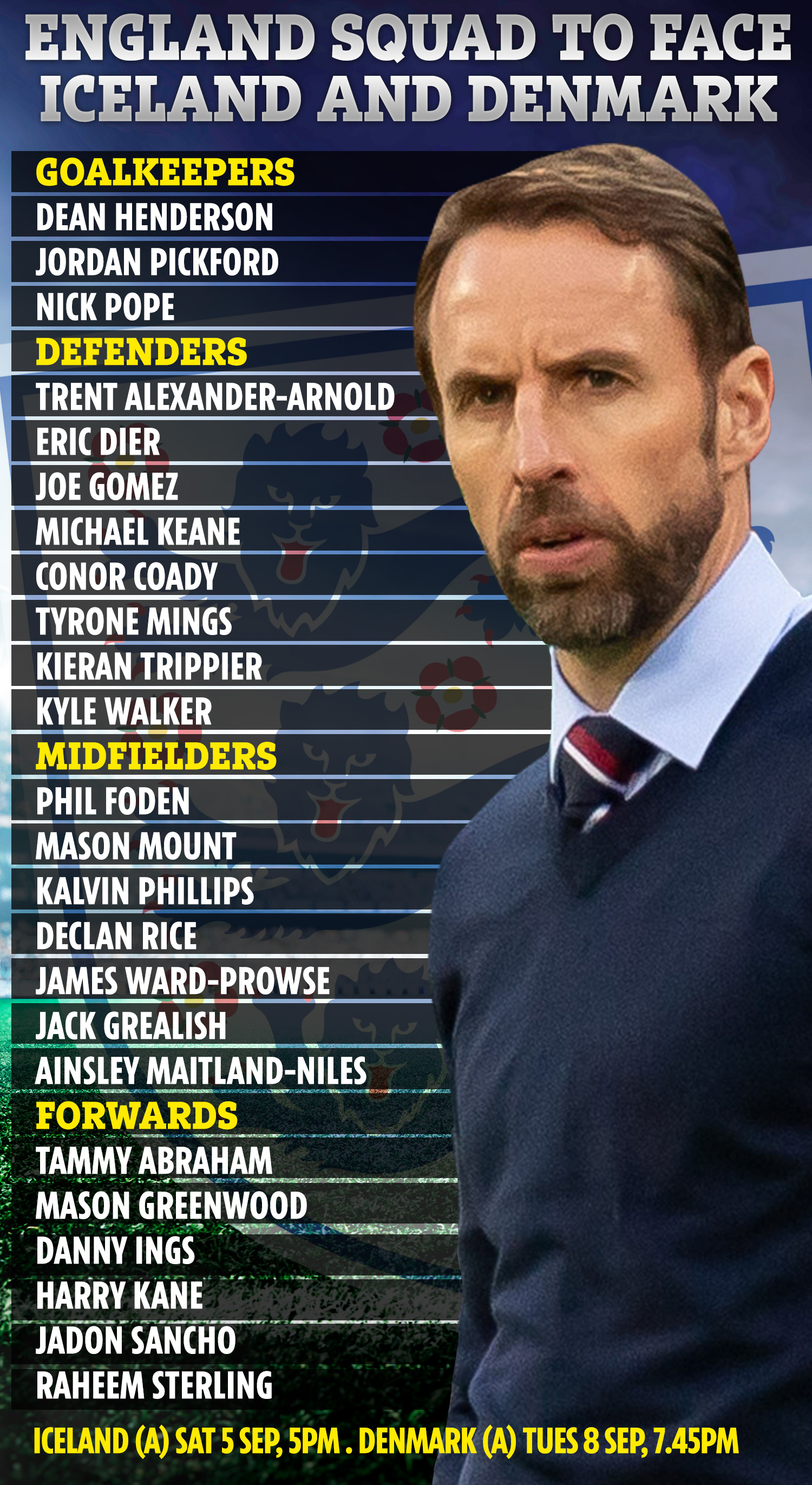 And this brings us on to the latest drama with PHIL FODEN and MASON GREENWOOD, England’s two most exciting young talents.

It is vital for this current squad to prove one very important thing.

That players realise they breathe the same air as the rest of us.