When The Beatles parted ways in 1970, there was no shortage of bands vying to take the Fab Four’s place. Leading candidates included The Who, The Rolling Stones, and the upstart hard-rock outfit Led Zeppelin. And while Zep as a band was new, the group included a few old hands.

The list began with Jimmy Page, an ace session guitarist who’d played with both Stones and Who — and led the last stand of The Yardbirds. Page had brought in John Paul Jones, another familiar face on the London scene. Along with Robert Plant and John Bonham, Zep had its own version of a “fab four.”

For the remainder of the ’70s, Led Zeppelin enjoyed a level of commercial success that only The Beatles had tasted. But Page, who also served as Zep’s primary songwriter and record producer, never took the band’s success for granted.

Page didn’t consider taking his foot off the gas even after the release of the blockbuster Led Zeppelin IV. To Zep’s mastermind, becoming complacent would have been a mistake. He believed the band would risk losing its grip on music fans if something like a Beatles reunion came to pass. 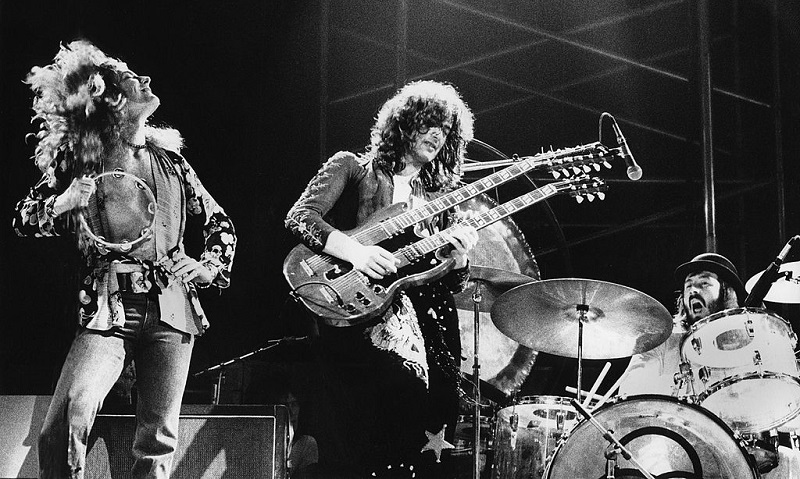 RELATED: How Led Zeppelin Pulled Out All the Stops on ‘Over the Hills and Far Away’

If you were into symbolism, you could say Led Zeppelin’s march to dominant rock force began when its second album bumped Abbey Road from its perch atop the Billboard album chart in late ’69. But Zep had even bigger hits to come.

After receiving a mixed reaction to Led Zeppelin III (1970), the group released what many consider to be its masterpiece (the untitled fourth album) in November ’71. On that record, Zep showed it had mastered its unique approach to folk, heavy blues, and blistering hard rock.

On the anthemic “Stairway to Heaven,” Page and his bandmates delivered the group’s “light and shade” with unprecedented success. And with tracks like “Black Dog” and “When the Levee Breaks,” it ended the conversation about the reigning blues-rock band.

In terms of success, Led Zeppelin IV sold in a way no Beatles album ever had. (Only a handful of albums ever have.) But in Page’s mind there was still work to do. While he noted that “everyone was clamoring for another Led Zeppelin IV,” he had other plans. 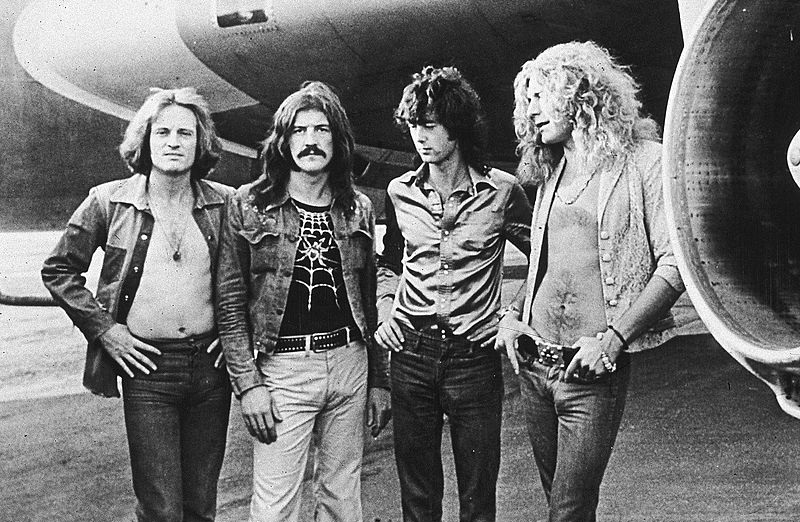 While The Beatles didn’t ever seem too close to a reunion, Page seemed to use the concept as something of a motivating force. Speaking with the L.A. Times ahead of Zep’s 1973 tour (in support of Houses of the Holy), Page referenced the Fab Four directly.

“We can’t allow ourselves the luxury of becoming fascinated with our own popularity,” Page told Cameron Crowe. “The way I look at it, if The Beatles were to get back together, [the public] would forget all about us again.” But Page didn’t sound too worried.

“We’re all quite at ease and looking forward to a long future together,” he told the Times. “You could say that we’ve settled down to just being Led Zeppelin.” Nearly 50 years later, fans are still looking for another band that could compare to being just Led Zeppelin.