JURGEN KLOPP has a defensive dilemma on his hands ahead of Wednesday's game against Ajax.

Liverpool will be without Virgil van Dijk following his collision with Jordan Pickford during the Merseyside derby. 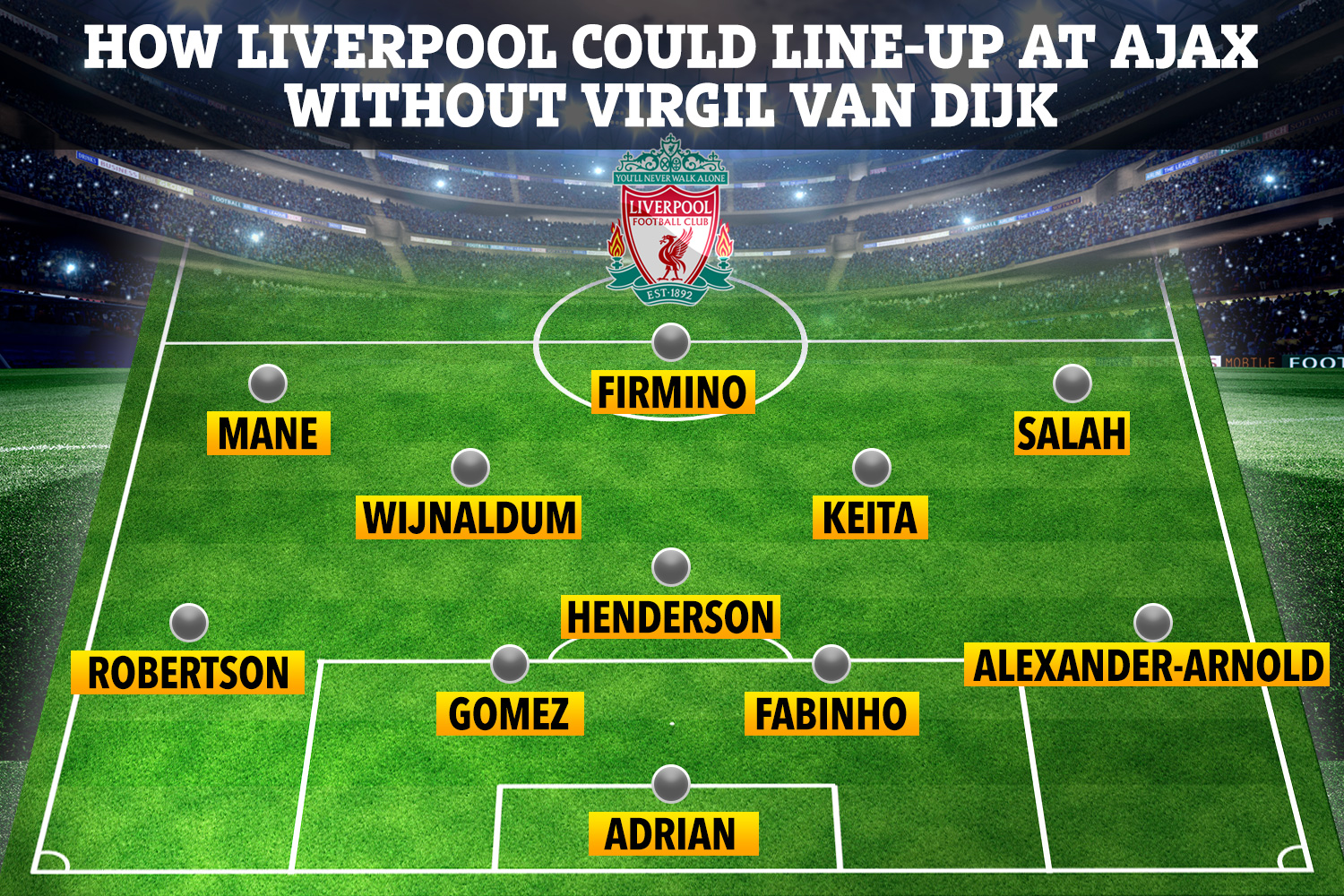 Van Dijk could miss the rest of the season after damaging ligaments in his knee.

The Dutchman started alongside Joel Matip in Saturday's game against Everton.

But Klopp could be without both of his first-choice centre-backs for the game against Ajax.

Matip, 29, is a doubt despite playing 90 minutes against the Toffees, according to Goal.

He was sent for a scan after the match after complaining of some discomfort.

This means Klopp could start Joe Gomez in the heart of the defence alongside Fabinho.

Andrew Robertson and Trent Alexander-Arnold are also likely to start at the back.

It looks unlikely that new boy Thiago Alcantara will be fit to play after he suffered a 'proper knock' against Everton.

Klopp said: "So yes, he got a knock, a proper knock.

"All the rest, we have to see. It's not even close to being as serious [as Virgil van Dijk].

"But will he be ready for Wednesday? I don't know yet. We will see."

Alex Oxlade-Chamberlain and goalkeeper Alisson remain out of action as they continue to recover from respective injuries.