How to talk about STD status with your sexual partner 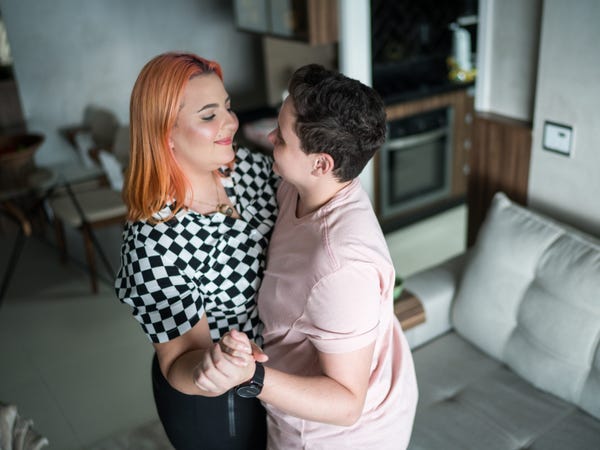 When you're in the heat of the moment with a new partner, discussing the last time you got tested for sexually transmitted diseases isn't likely at the top of your mind.

But having this discussion with every regular partner you have will make your sex life safer and more carefree.

If left untreated, STIs can lead to health complications like infertility, organ damage, cancer, or death, according to the Mayo Clinic. And if you unknowingly contract an STI, you could pass it to another sex partner.

That's why it's never too soon to discuss STD status with a new sexual partner, according to New York City-based therapist Rachel Wright who recently launched a sex-ed workshop series for adults. In fact, the sooner, the better.

Ask yourself: What do I need to feel safe?

Before approaching your new boo, you should figure out exactly what you need from them to feel safe enough to have sex, Wright said.

For some folks, taking a sexual partner at their word is enough to proceed. But for someone else, seeing documentation from a partner's most recent STD exam may make them more comfortable about sex.

Whatever you need is valid, and "everybody's all over the spectrum, so we need to know that about ourselves first so that we know what to ask for," Wright told Insider.

Schedule a time to talk, ideally before you have sex

Next, it's time to alert your partner that you want to chat. Ideally, you should have this conversation before you have sex with a new partner for the first time.

You shouldn't immediately dive into the conversation, but instead say, "Hey, I would love to find 15 minutes for us to sit down and have a discussion about STIs," Wright said.

Though it can feel uncomfortable to be so straightforward if you've never broached the topic before, the more you assert yourself, the more natural it will feel, according to Wright.

"The more overt you can be, it's so much less awkward. It's less awkward than skirting around it," she said, adding that it only feels uncomfortable because most people we never taught how to discuss sexually transmitted diseases or infections.

Keep emotions out of it

When you launch into discussing STI status, you don't need to define your relationship or bring emotions into the situation, said Wright, because it's a conversation about sexual health and nothing more.

Instead, frame it as, "I've enjoyed getting to know you so far, and we don't need to have a relationship-status conversation. But I'd like to know if there are other people in your life, for STI reasons. Am I at risk for any exposure?" said Wright.

This framing also keeps the conversation open, so if you or your sexual partner see other people, you'll both feel inclined to share since you created space for these conversations early on in your relationship, according to Wright.

You should also take this time to share your own STI testing and status.