Home » Lifestyle » ‘I wish I could have shared this win with dad’, says Robert Irwin

‘I wish I could have shared this win with dad’, says Robert Irwin

On Monday morning, Robert Irwin gave a Komodo dragon a big cuddle and a belly rub. 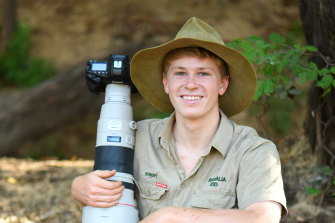 Irwin was helping a group of scientists study the way the huge predator (named Indah) moves.

“They’re quite vicious when you see them in a feeding response,” he says. “But after we collated all the data we just sat down in her enclosure [at Australia Zoo] and she came over and enjoyed some belly rubs and some scratches and just found her way into your lap for a cuddle.

“And, you know, when you see the other side of a notoriously dangerous animal, it really makes you appreciate them even more.” 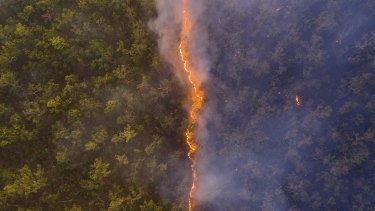 A drone photo of a bushfire front in Cape York taken by Robert Irwin.Credit:Robert Irwin

Irwin says he “happened to have my drone up and I was struck with the contrast, one side this beautiful lush bushland and the other side was black, completely burnt out, just ash.

“With just a few minutes of battery left, I knew I had to just take a quick shot. This tells the most important story.”

Since the 2019-20 bushfires, Irwin says, his zoo is seeing “a trauma season like we’ve never seen before”. Their hospital is treating the after-effects of a massive loss of habitat – such as injuries to animals moving into inhabited areas in search of food.

“Sometimes after a big disaster like this people will say ‘now’s not the time to talk about climate change, we just need to focus on the fires’,” Irwin says. “I don’t agree with that. This is the time to really start a wider discussion.” 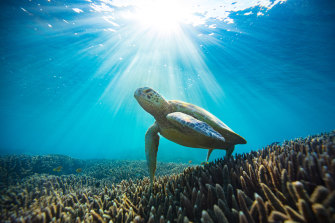 Wildlife photography is a passion for Robert Irwin, son of the late Steve Irwin.Credit:Robert Irwin

Last year he and his mum, Terri Irwin, went down to Kangaroo Island, where Australia Zoo teams were helping wildlife affected by the fires.

“People were literally dumping trailer-loads of koalas with horrific injuries at the wildlife park,” he recalls. “It was one of the most devastating things I’ve ever experienced, absolutely horrible. What used to be a beautiful Eucalyptus forest was just nothing, a moonscape. And you’d see along the side of the road just burned bodies, as far as you could see just dead koalas everywhere.”

It made him even more determined to get the word out, he says. Just as zoos help generate a love of wild animals and a push for their conservation, he hopes his photography and documentaries can do the same.

And he wishes he could have shared his photographic win with his father. 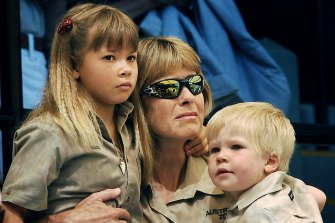 Terri Irwin with daughter Bindi and son Bob attend the memorial service for her husband at Australia Zoo in 2006.Credit:Dave Hunt

“It’s a milestone, something I’m really proud of and I certainly wish he could have been here to experience that, and share in our excitement,” Irwin says.

“He was an avid photographer – not a lot of people know that, he had an amazing artistic eye. I think I probably got a lot of that from him.

“I feel lucky to get to continue his work. He had the biggest voice in wildlife conservation, and I want to make sure that never dies.”

Get a little more outta life

Start your week with practical tips and expert advice to help you make the most of your personal health, relationships, fitness and nutrition. Sign up to our Live Well newsletter sent every Monday.